From its brightly lit billboards to its jam-packed stores, Times Square is easily one of the most famous and recognisable places in New York City and possibly the world. Despite Times Square’s international reputation as the heart of New York City, there are still many features of the area that most tourists don’t know exist. Luckily, we’ve fully explored the alternative Times Square and have compiled our findings below to make sure you don’t miss out on any hidden gems during your next trip.

Unlike most of the bars in Times Square, Jimmy’s Corner’s clientele is not made up of 90% tourists. Actually, you would be hard pushed to hear an accent that isn’t quintessentially ‘New York’ as you pull up a seat at the bar as order yourself a $3 beer.

The bar itself has an old-school New York vibe with more than 30 years of boxing memorabilia adorning the walls and a jukebox taking pride of place at the end of the counter. This is one of the few places in area that offers a respite from the hustle and bustle of the outside world and perfect place to get a glimpse of authentic New York City, a great place to stop for visitors looking for an alternative Times Square experience. 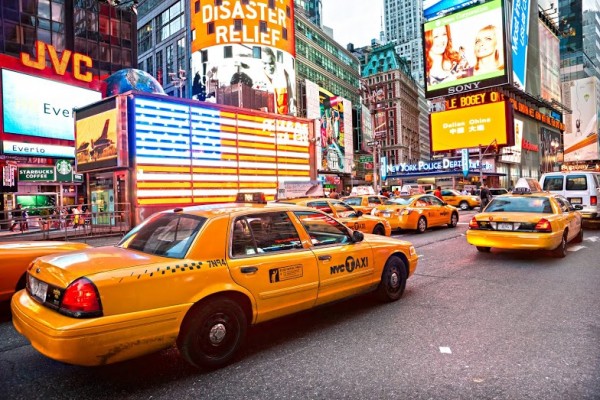 With so many sounds to be heard in Times Square, it’s not surprising that many people often miss Max Neuhaus permanent sound art installation. Located on a pedestrian island at Broadway between 46th and 45th Streets Neuhaus’ installation has been in place since the 1970s and has been largely ignored for much of that time. At first glance, the installation looks just like another subway grate, but position yourself just right, and you’ll be able to hear a rich harmonic sound rising up from the depths below.

There’s no shortage of Japanese bars in midtown Manhattan but few are as cool as Sake Bar Hagi. Those not in the know would easily walk past its nondescript entrance, unlike most Times Square locations, this bar isn’t advertised with glowing signs or a brightly lit entrance. Those who do manage to locate it are rewarded by an extensive selection of sake, a type of Japanese rice wine, and delicious Japanese food. In fact, this place is so authentic that you’d be forgiven for thinking you’d just been teleported from New York City to Tokyo.

It’s safe to say that Times Square’s big screens are its most well-known feature. It’s rare to find a visitor to New York City that hasn’t feasted their eyes on the colorful ads visible 24/7, but what many people don’t realize is that for three minutes every evening, these ads are replaced by pieces of art.

At exactly 11:57pm, the billboards at 47th street and 7th Avenue are synchronized to showcase cutting-edge, creative, visual content in an event known as ‘Midnight Moment’. The visual art changes to something new every month and everything from Bjork music videos to Andy Warhol films have been shown on the screens. This is definitely one of Times’ Square’s best kept secrets and well worth staying up late for.

Do you have a quirky spot to add to the list of alternative Times Square experiences? Let us know in the comments section below.

About the author: This blog post was written by Ruth Aravena, an Irish travel blogger and newly-initiated resident of NYC. She joined forces with Walks of New York to get to grips with the city during her first few weeks of residence. The tours are ours, but all opinions are her own.

Disney on Broadway
Watch Disney Musical Performers Turn an Airport Delay Into the Best Show Ever.