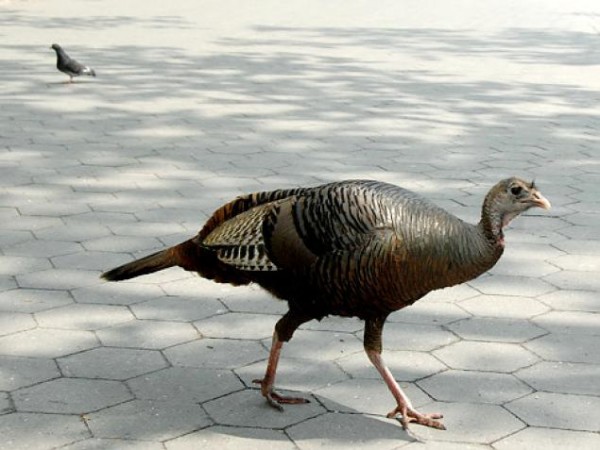 Zelda, the Queen of Battery Park

There are plenty of celebrities in lower Manhattan… and foul creatures abound in the Financial District.  But one famous, fowl lady has become a beloved institution: Zelda, the wild turkey known as “The Queen of Battery Park.” 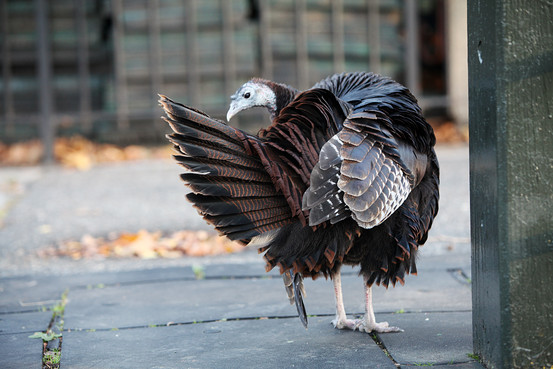 Zelda has ruled the roost in Battery Park (which just happens to be the site of the city’s founding) since 2003. She’s named after Zelda Fitzgerald, the vivacious wife of F. Scott Fitzgerald; the original Zelda went missing during a nervous breakdown and was discovered wandering the park.

It’s an apt namesake, since “our” Zelda is believed to have commuted from the Bronx before trekking from upper Manhattan to its southern tip. Through 2003, Zelda was spotted on the Upper West Side, in Central Park, Chelsea, and Greenwich Village before she selected her domain in Battery Park.

Zelda’s daily routine includes sitting in the tree where she spends the night, watching the rush of commuters and tourists, foraging for food, and relaxing under the benches. A devoted group of volunteers bring her chicken feed and seeds daily. 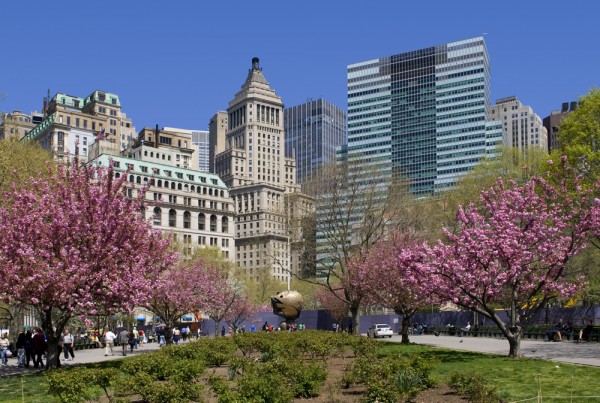 Like other divas, Zelda has her admirers, including the staff of the Battery Conservancy; a fan club of local office workers; and tourists. Always capricious, she occasionally wows the crowd with her fan of yellow, dark blue, and brown feathers. And Zelda clearly enjoys her junk food tributes because, at approximately twelve pounds, she’s “full-figured.”

Wild turkeys generally live up to 6 years, so the fact that Zelda has reigned in the park for almost a decade is remarkable. 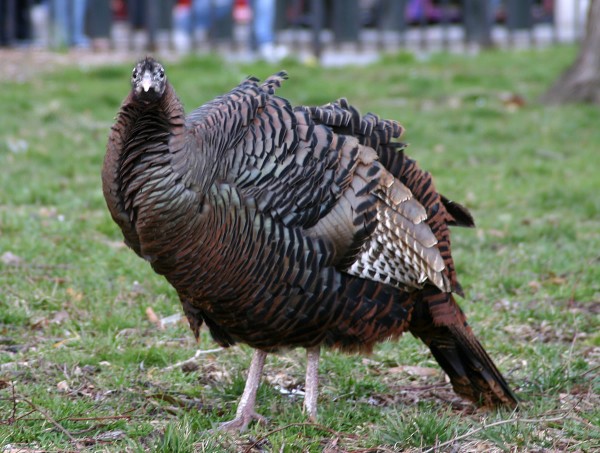 Oh, Zelda… what have you gotten up to now?

Zelda also occasionally roams the city, stopping traffic on busy streets, joining the chic denizens of Tribeca, meandering through Greenwich Village, and almost causing several car accidents on the West Side Highway. It’s thought she’s searching for a mate and, while unlucky in love, she always turns heads and creates a stir. In fact, she’s led the FDNY on several “wild goose chases”… and she even once spent the night at the local police station for her amorous antics!

All that aside, Zelda is a cultured creature. She’s said to enjoy the music of the street performers who entertain the crowds lined up for the Statue of Liberty and Ellis Island ferry. She was even spotted bopping at a Sonic Youth concert in Battery Park!

So, next time you’re in Battery Park, be sure to pay homage to its queen. Can’t make it there anytime soon? Then follow her Highness on Twitter at @Zelda_theTurkey!