By Jeremy Foster on January 2, 2015 in NYC Food & Accomodation 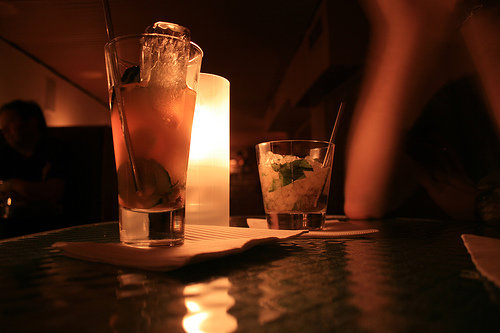 Few places in the world offer better craft cocktails than New York City. With the advent of cocktail culture brimming over from London in the late nineties, the city that never sleeps has opened it’s late night doors to a new crowd of drinkers.

Craft cocktails are an homage to the golden days of drinking…even before the era of Mad Men and Boardwalk Empire. In the early 1800’s, the first reference to the term “cocktail” defined it as a drink containing a spirit, sugar, water and bitters. By that definition, you’d have an Old Fashioned! But there are other types of drinks as well –  fizzes, fixes, slings, juleps, rickeys, sours and punches, each defined by its particular mixture of ingredients. Craft cocktails are based on these principles and are designed with detail in mind to be delicious, beautiful and often historically relevant.

Contemporary craft cocktails are about quality. The attention to detail, the quality of the ingredients, the presentation of the drinks, the originality of the menus and the level of service combine to create a fine drinking experience. I’ve been on a quest to sample every cocktail bar in the city (my head has begun to hurt a little), and these bars offer the best craft cocktails in NYC. 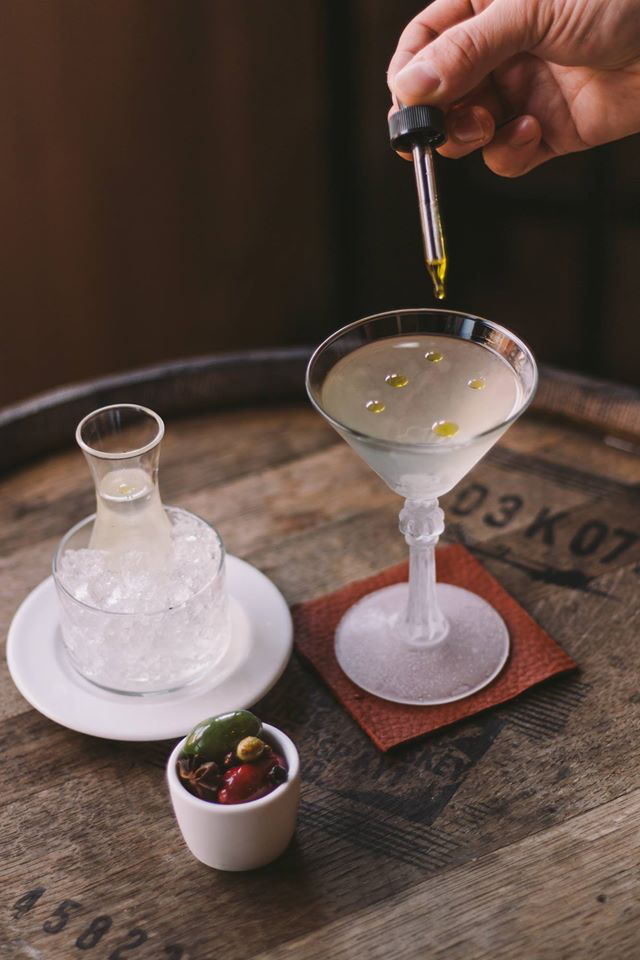 Attaboy – Previously known as Milk & Honey, Attaboy is a special place: it is New York’s original modern-day speakeasy, lurking behind an unassuming gray door in the depths of Chinatown. Though Milk & Honey has relocated, this is where its heart lies. The original bartenders, Sam Ross and Michael McIlroy, have been working here since the M&H heydays and their drinks belong on the lips of a goddess. 134 Eldridge Street.
What to drink: The Too Soon, a complex drink pairing fresh orange slices and Cynar, an artichoke liqueur.

Saxon + Parole – Located along the Bowery, Saxon + Parole feels more like a craft kitchen than a cocktail bar. Their cocktail menu is delightfully simple, yet every drink is laden with unique flavor combinations and impeccable presentation. It’s clean, well lit (strange for a bar, but it works) and actually very cozy. 316 Bowery. What to drink: Try their Olives Seven Ways for an unbelievable riff on a classic dirty martini. 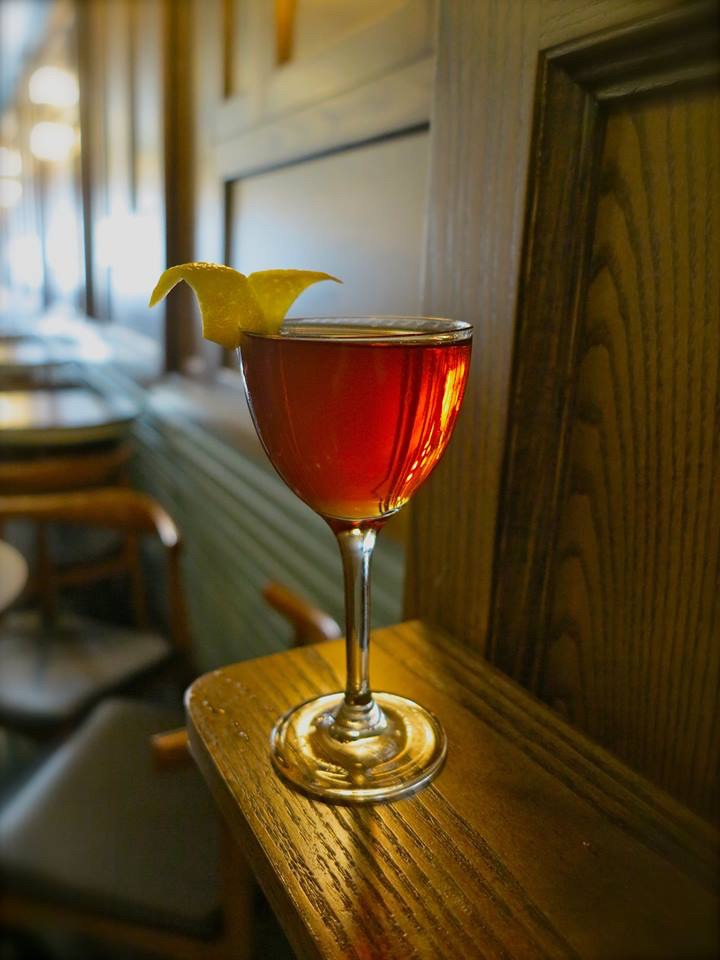 Pouring Ribbons – The brainchild of some very talented bartenders, Pouring Ribbons has become known for two things: the design of their cocktail menu and their antique collection of Chartreuse. Their cocktail menu, presented as a matrix, encourages you to select a beverage from the grid based on drink characteristics. Their collection of Chartreuse contains bottles so old that the labels have decayed and begun to peel away. The cocktails are sublime and the bartenders are some of the friendliest, most hospitable bunch I’ve encountered. Let them look after you. 225 Avenue B.  What to drink: The Get Up & Go, an adventurous blend of rye, scotch, amaro, coffee liqueur, cinnamon and orange bitters.

Little Branch – After Milk & Honey, renowned cocktail and bar mogul Sasha Petraske opened Little Branch, a basement cocktail bar in the West Village. It’s musky and dimly lit, which is everything I look for in a bar! Given that the drinks here are made by the same rules and with the same practice as those at M&H and Attaboy, this is another NYC cocktail bar that you don’t want to miss. 20 7th Ave South. What to drink: Whatever your bartender recommends!

Pegu Club – Named after the original gentlemen’s club of Burma, New York’s Pegu Club is a guiding force in the city’s cocktail scene. Headed by cocktail pioneer Audrey Saunders, it’s an intimate, swanky lounge with detail-oriented cocktails that rival any in the world. They have a wide selection of classics and house specialties, but you’re definitely going to want to start with the signature Pegu Club, a gin-based drink from the original club in Rangoon. 77 W. Houston St., 2nd Floor. What to drink next: The Tantris Sidecar, a riff on the classic Sidecar, consisting of cognac, calvados and Chartreuse! 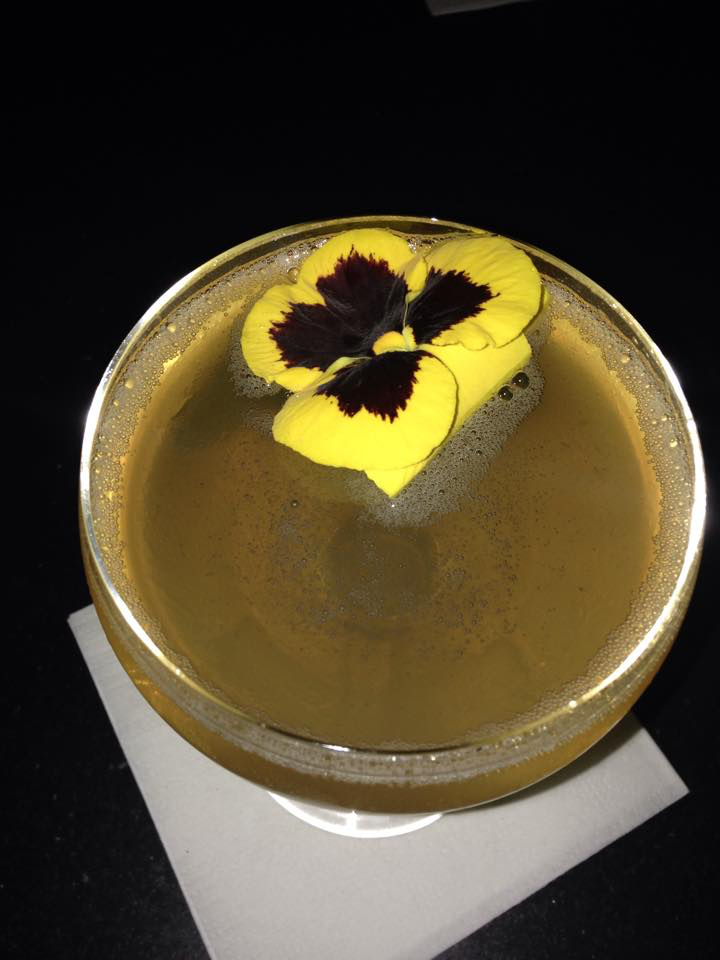 This is a guest post by Jeremy Foster, a traveling cocktail bartender who has worked in bars all over the globe. From tiny beach bars to raging nightclubs in Melbourne, Auckland, New York and Beijing, Jeremy is mixing his way around the world, teaching you how to travel as a bartender, and uncovering all of the best nightlife spots around the world. Follow him at Traveling Cocktailian.