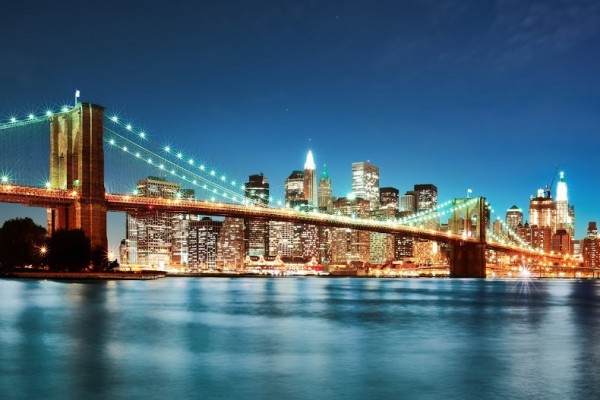 There’s always somewhere new to eat, drink, shop or sightsee in New York and the hotel scene is no different. Each year a crop of exciting new NYC hotels emerge on the scene, each offering an authentic New York experience. Whether you want a high fashion haunt or a family-friendly gem, the Big Apple has it. Here’s a selection of the best New York hotels 2015 boasts:

The family-friendly choice – The Paul

Bunk beds and king size guest rooms make The Paul a perfect pick for anyone travelling with kids. The hotel’s clean, contemporary style runs through all 122 guest rooms and there are quotes from famous Pauls – from McCartney to Newman – throughout. The property is quirky but comfortable with views of the Empire State Building and the World Trade Center to boot. And it’s easy on the budget too, so it’s easy to see why this makes the top of the list of best New York hotels 2015 in the family-friendly category!

The historic choice – The Knickerbocker

Hidden among the bright lights of Times Square is this Beaux Arts landmark. Built by John Jacob Astor IV (who later died on the Titanic) back in 1906, this historic building has had many incarnations since, including being home to Newsweek for a time. Today it’s the most luxurious hotel in Times Square with the fabulous rooftop lounge offering a whopper view of the bustling square below.

Located in the Financial District, this Aloft hotel is primarily geared towards business travellers but don’t let that put you off, there are lots of reasons it made our list of best New York Hotels 2015! Thanks to its funky décor and convenient location near the One World Trade Center, it’s well worth checking into whether you’re visiting for work or pleasure. There’s also free WiFi and a chilled WXYZ bar for post-sightseeing drinks.

Situated near Brooklyn Museum and Barclays Center, the Sleep Inn hotel at Sunset Park offers easy access to Brooklyn Botanic Garden, New York Aquarium, Brighton Beach and Coney Island so exploring Brooklyn from here is a breeze. Bonus points for its affordable rates. There are another three Sleep Inn hotels (a Choice Hotels brand) in the works in Brooklyn, which will also offer a fantastic place to stay for budget travellers.

The chic choice – The Edition

The newest addition to the uber-cool Edition hotel group, this gorgeous New York property opened to much fanfare earlier this year. Conveniently located near Madison Square Garden, the hip hotel is housed in an iconic clock tower and has jaw-dropping 360 degree views across Manhattan. On the downside, you can expect high-fashion rates too.

The downtown choice – The Ludlow

Technically The Ludlow opened in 2014 but we had to include it because it’s the quintessential downtown hideaway. This chic building on the Lower East Side boasts bright rooms with floor-to-ceiling windows and a stylish French bistro. Some rooms even have their own terrace or balcony.

Within easy walking distance of Penn Station, Madison Square Garden and Times Square, the Cambria Hotel and Suites in Chelsea is a sleekly decorated, modern hotel with bigger-than-average rooms. Guests can look forward to free WiFi, an on-site fitness centre, signature cocktails in the Rooftop Lounge and awesome city views.

We hope you’ll find our list of the best New York hotels 2015 useful. If you’re planning a trip to NYC and fancy checking out the city’s most interesting and historic neighborhoods, book a place on one of Walks of New York’s tours.

Visit Statue of Liberty
Things to do in Brooklyn