“The Crossroads of the World,” Times Square. Photo: Jeff Dobbins

Times Square is one of New York’s must-see destinations and a very popular place to dine. For those staying in the area or catching a Broadway show, it is an ideal locale for a meal or snack. But finding the right eatery in Times Square takes some know-how – there are plenty of bland chain restaurants and tourist traps, and most restaurants are completely booked before and after Broadway performances.

Here are our picks for the best restaurants in Times Square, along with some important practical advice for where and when to eat.

IMPORTANT NOTE: Six days a week Times Square swells with crowds flocking to a Broadway performance. Before and after performances the district’s restaurants are packed with theatergoers, who all need to arrive at the theater just before curtain. Without a reservation (booked well in advance) you will likely be turned away from most eateries. Even if you get a table, without adequate time your meal will likely be a hurried and stressful experience as the kitchen and staff push to serve everyone on the same schedule. We advice: 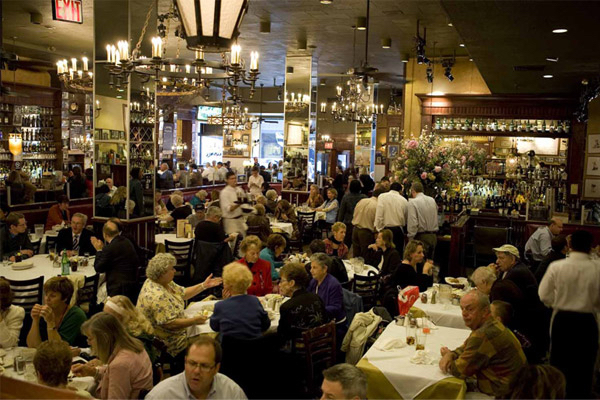 Carmine’s – the large, boisterous restaurant that serves generous portions of Italian favorites. The heaping platters of appetizers, salads, pastas and grilled meats are meant to be shared by several diners. The dining room and bar get very crowded and chaotic before theater performances, but the wait and hassle are worth it. This restaurant is justifiably renowned for its delicious and bountiful food. 200 West 44th Street, between 7th & 8th Avenues.

La Masseria – an up-scale restaurant serving cuisine of Italy’s Puglia Region. The authentic dishes, made with high-quality ingredients, have won raves from diners and critics alike. The menu is a bit pricey. 235 West 48th Street, between Broadway & 8th Avenue. 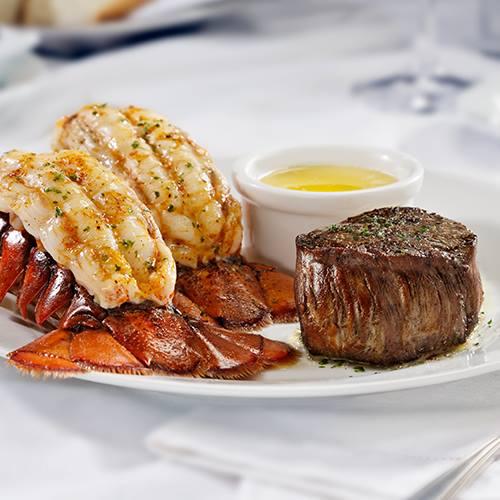 Ruth’s Chris Steak House – one of NYC’s finest steakhouses, they serve prime steaks and seafood, as well as the traditional side dishes. The “Classic Dinner” prix-fixe menus are a good bargain. 148 West 51street, between 6th & 7th Avenues.

Le Bernardin – Chef Eric Ripert’s acclaimed French seafood restaurant that has earned 3 Michelin stars and a four-star rating from the New York Times. The prix fixe–only dinners are very expensive, starting at $135. But foodies insist the experience is “not just a meal”, but “dining perfection.” Men must wear jackets in the dining room for both lunch and dinner. 155 West 51st Street, between 6th & 7th Avenues. 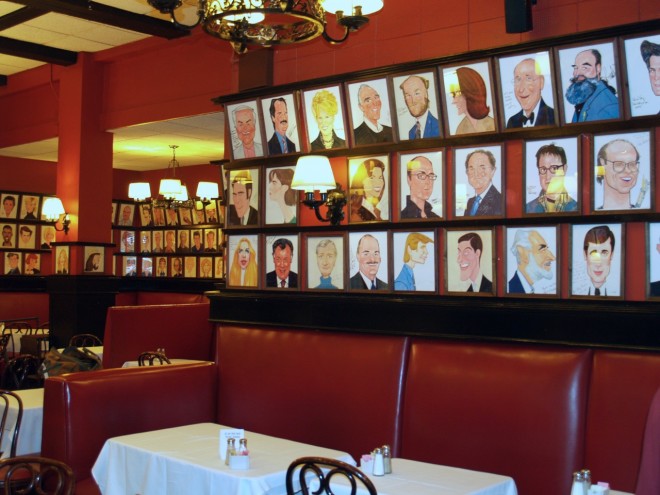 Sardi’s – the famed Broadway haunt well known for its celebrity caricatures and opening night parties. They offer an old-fashioned American menu and serve lunch, dinner (pre and post-theater), and desserts. Dining at Sardi’s is like entering a bygone era of the theater world. 234 West 44th Street, between 7th & 8th Avenues.

Joe Allen – a favorite spot for the Broadway community since the 1960s, this casual restaurant serves classic comfort food, including great burgers, salads, and grilled entrees. This basement eatery has an old-school feel with small tables and brick walls covered in show posters. 326 West 46th Street, between 8th & 9th Avenues. 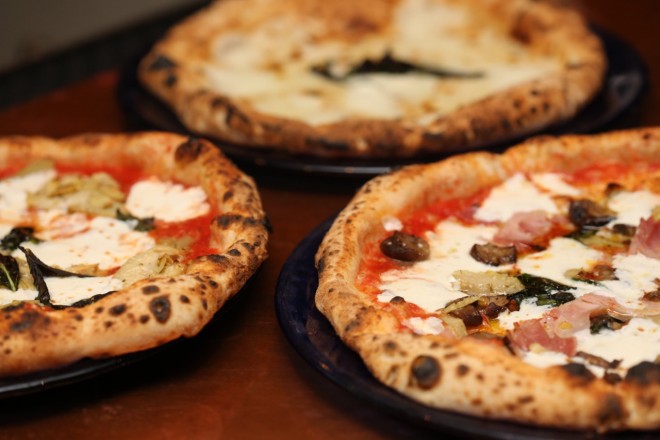 John’s Pizzeria – an uptown outpost of famed John’s of Bleeker Street, this large restaurant serves excellent coal-fired brick oven pizzas, as well as pastas, classic Italian entrees and panini. A great choice for pre-theater dining, the staff is accustomed to serving diners quickly enough to get to the theater. 260 West 44th Street, between 7th & 8th Avenues. 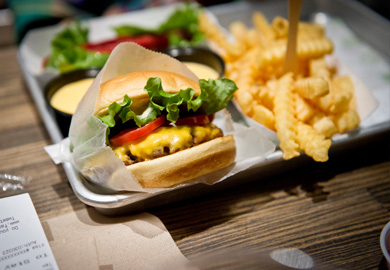 The Counter – this burger joint offers over 1 million different types of burgers, as patrons can choose between seven proteins, 16 cheeses, 45 toppings, 23 sauces and eight bun varieties.  Many options are organic, natural, free-range and antibiotic- and hormone-free. In addition to French fries their sides include deviled eggs, dill pickle chips and homemade chili. They even serve wine and beer infused milkshakes. West 41st Street & Broadway.

Xi’an Famous Foods – part of a growing Chinese noodle empire that does the best food from the city of Xi’an in New York. The slippery, spicy hand-pulled noodles are like no other. 24 West 45th Street, between 5th & 6th Avenues.

Szechuan Gourmet – rated one of the best Chinese restaurants in NYC (and that’s saying something), their extensive menu features Sichuan delicacies as well as standard Chinese fare. A great choice for a quick, relatively inexpensive meal. 21 West 39th Street, between 5th & 6th Avenues.

Totto Ramen & Tabata Ramen – both these casual spots serve bowls of hand-made Japanese ramen with a variety of toppings from which to choose. A terrific choice for a high-quality, inexpensive and quick meal. Totto: 366 W 52nd Street, between 8th & 9th Avenues / Tabata: 540 9th Avenue, at 40th Street. 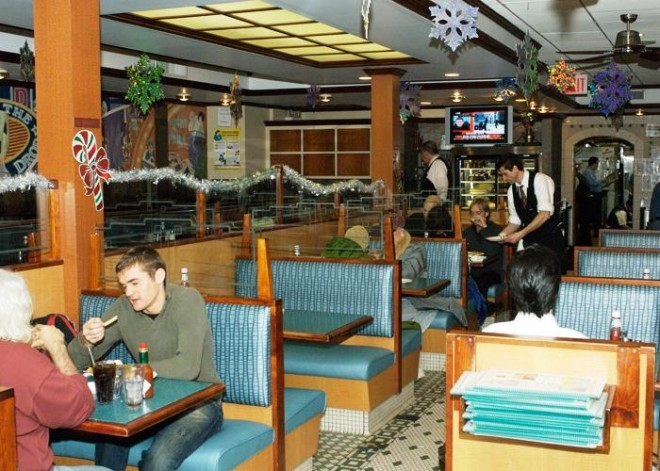 This block of 46th Street between 8th & 9th Avenues is lined with over 30 restaurants and bars offering a variety of cuisines and ambiance. In addition to Becco and Joe Allan, some of the best restaurants include Orso, Barbetta, B. Smith’s, cozy Hourglass Tavern and Lattanzi. 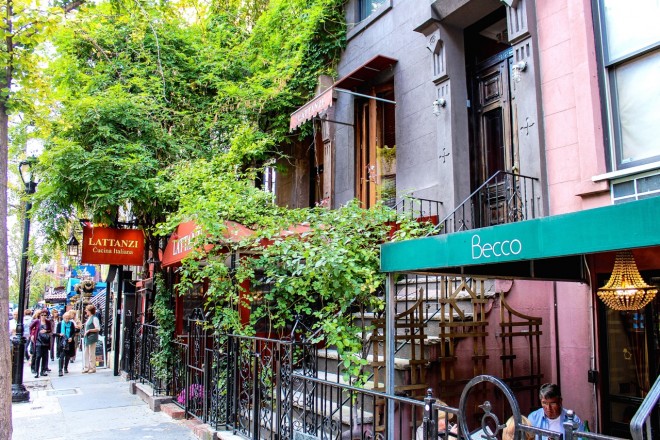 Do you have a favorite spot to dine in Times Square? Share it with us in the comments below.