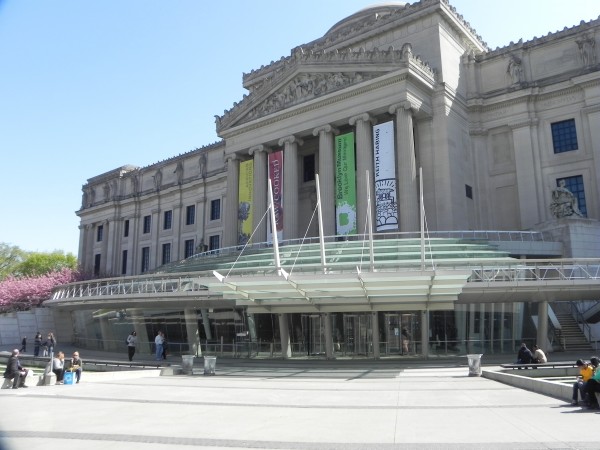 The grand entrance to the Brooklyn Museum Photo: Dotti Cunningham

New York is renowned for its remarkable art museums, yet one that is sometimes overlooked is among its finest – The Brooklyn Museum.  The city’s second largest museum, it holds 1.5 million works including a celebrated Egyptian antiquities collection and superb African, Japanese and American art collections.  The museum presents some NYC’s most innovative exhibits as well as terrific events and performances.  With so much to offer, the Brooklyn Museum should not be missed.

The Brooklyn Museum is located at 200 Eastern Parkway, near Prospect Park and the Brooklyn Botanic Garden.

Bus: B41 and B69 at Grand Army Plaza or the B45 at St. Johns Place and Washington Avenue.

Tickets: Suggested contribution, $12 for Adults, $8 for Seniors and Students with valid ID. Children under 12, accompanied by an adult, are free. 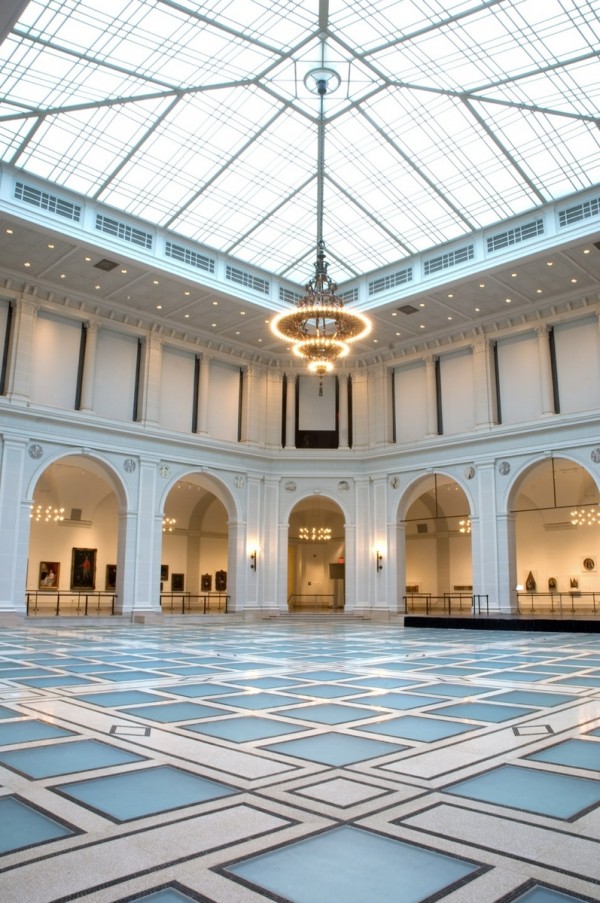 The grand Beaux-Arts building was originally planned to be almost four times larger (which would have made it the world’s largest art museum), yet it is still an imposing structure with 560,000 square feet.  Designed by the well-known architectural firm of McKim, Mead & White, it opened to the public in 1897.  The 30 statues lining the top of the façade represent aspects of the history of civilization relating to art, science, literature and philosophy and were designed by Daniel Chester French, the sculptor of the Lincoln Memorial.  His statues representing Manhattan and Brooklyn also flank the entrance.

The new modern glass entrance was completed in 2004, and was quite controversial due to its modern design. But, it doubled the size of the lobby, brought more light into the building, resolved the entrance access issues, and resurrected the once-derelict plaza.

Highlights of the Brooklyn Museum 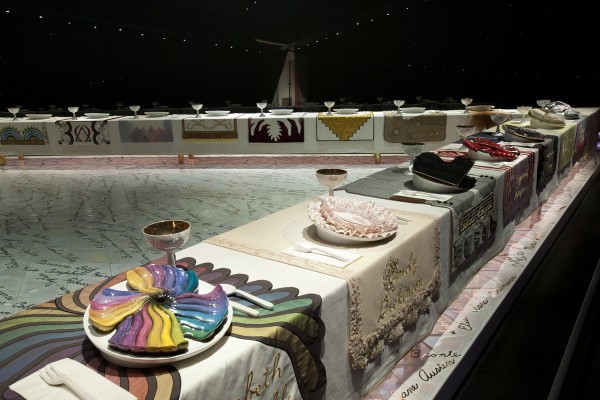 Free daily tours are available, focusing on a variety of topics.  Check the museum’s online calendar for more details.

Every First Saturday of the month (except September) the Museum is open for free from 5:00pm to 11:00pm.  The monthly event includes special art programs, lectures, film screenings, live music, and food.

The Brooklyn Museum has a great Museum Shop, which is open the same hours as the Museum.

Dining at the Museum

Check out the Michelin-starred Saul Restaurant which has recently opened in the Museum.  If you don’t have time for a leisurely sit-down meal, try the new Counter Café. Both are a vast improvement over the “cafeteria style” restaurant that serviced the Museum previously.

This is a guest post by Dotti Cunningham, an NYC tour guide, author of globeDOTTIngTravel and a devoted Brooklynite.  After 30 years in the commercial real estate finance industry, in 2012 Dotti formed globeDOTTIngTravel, a travel company providing tours of New York City and custom trips to all parts of the world.

Have you visited the Brooklyn Museum? What’s your favorite work or exhibition? Tell us in the comments below. 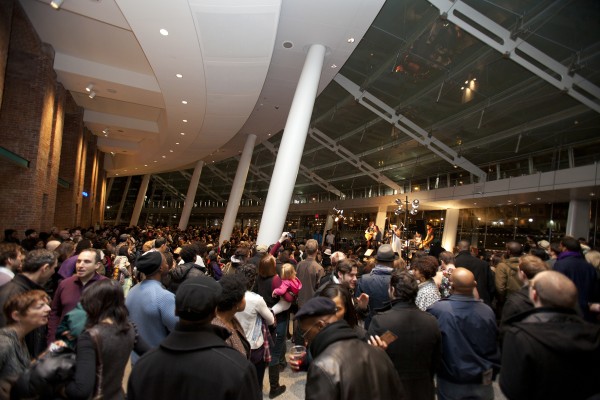