New York City’s Bryant Park is an island of tranquility in bustling midtown Manhattan. On warm days, professionals pour out of neighboring office towers and flock to the large green to relax, eat lunch, and soak up some sun. With its beautifully-manicured grounds, designed in the French Classical tradition, Bryant Park also makes a beautiful setting for lots of free activities, events, and performances. Given it’s modern popularity, it might surprise you to learn that the history of Bryant Park is pretty checkered. 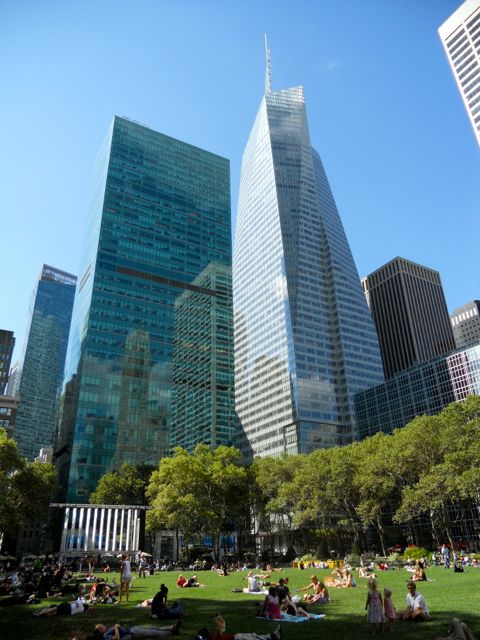 The history of Bryant Park begins when it was still called Potter’s Field, a cemetery where those who didn’t have the money for a proper grave were buried. During the Civil War, it served as an army training ground; it also was home to the violent New York draft riots, when New Yorkers protested against new draft laws. (These riots, by the way, were the largest civil revolt in U.S. history).

Things didn’t get much better for Bryant Park in the 20th century, either. During the Great Depression, many of the city’s unemployed and homeless gathered in the park. By the late 1970s it had become a dangerous midtown spot, overrun with prostitutes and drug dealers.

Starting in the 1980s, New York began to restore the park. The project took almost 10 years. When Bryant Park reopened in 1992, it was completely renewed.

Today, there are tons of things to do around Bryant park—like visiting the famed New York Public Library, on the park’s eastern edge. (The entrance is on 5th Avenue).

But there are many more things to do IN Bryant Park, in fact, it’s one of the main NYC attractions. Its sprawling lawn runs 300 feet by 215 feet, the size of a football field, and is sprinkled with 3,500 movable Parisian-style park chairs.

Free wifi is available throughout the park. And—very importantly—the public restrooms are among New York’s finest.

Flanking the lawn are the promenades, including the Reading Room (with books, magazines, and newspapers available for free), the chess area (home to serious competitions of chess, checkers, and backgammon), two ping-pong tables (use of the paddles and the balls are free), daily tournaments of pétanque (a French game of “boules”), and the charming miniature carousel and children’s area. The new Southwest Lounge features rockers, swings, Adirondack chairs, and free power outlets.

If you’re interested in more free activities around nyc, check out our blog on all that you can do without any money. 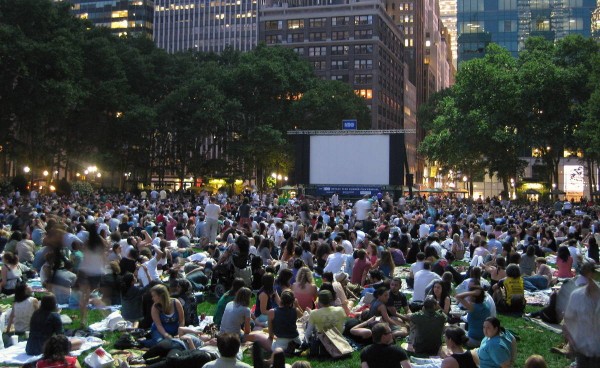 The park hosts plenty of free entertainment year-round. The best events include the HBO Bryant Park Summer Film Festival; Broadway in Bryant Park (with performances by casts of Broadway musicals); the After Work Music series; and the Bryant Park Fall Festival, an eclectic roster of music and dance.

In winter, meanwhile, the lawn is transformed into Winter Village, an ice-skating rink with skating (admission is free), skate rentals, skating shows, and special events. Overlooked by a huge holiday tree, the pond is surrounded by festive shops (including some great local handicrafts) and restaurants. 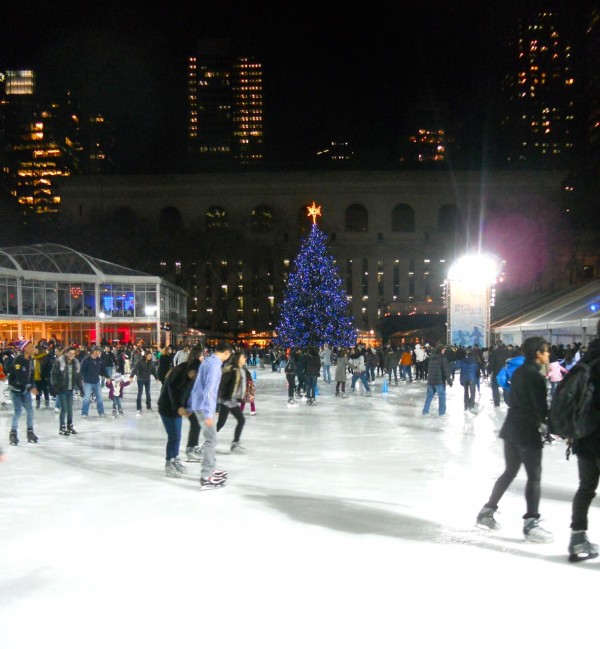 Ice skating is one of the many things to do in Bryant park during the winter.

Check out the Bryant Park website for more information, including hours and schedule of events.

Free Things to Do in New York City (Like, Visit Museums)
Where (And What) Is Occupy Wall Street? My Discovery