Chinese New Year is the most important holiday in traditional Chinese culture.  January 23, 2012 rings in the Year of the Dragon, and NYC will celebrate with parades, fireworks, food, and cultural events throughout the city. 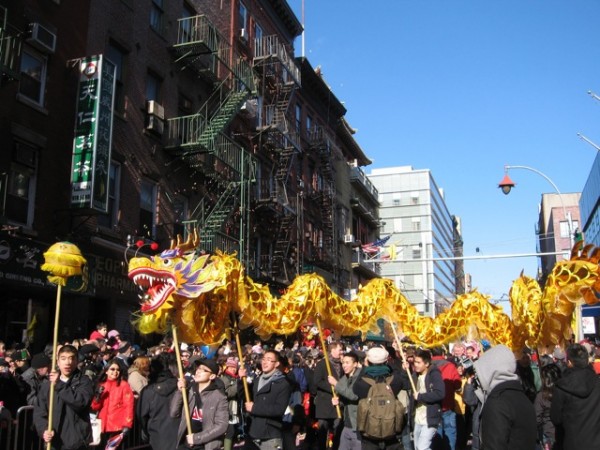 For centuries the Chinese have celebrated the New Year, which is also known as Spring Festival (end of the Winter Season) and Lunar New Year (the lunisolar Chinese calendar determines the date of Chinese New Year).  Each year honors a new animal zodiac according to a 12-year cycle.  Festivities last for 15 days and incorporate several ancient myths and traditions.  One of the most important holiday traditions occurs on New Year’s Eve, when Chinese families gather for the annual reunion dinner.  Chinese New Year is a time to reconcile, forget grudges, and wish peace and happiness for everyone.

Here’s an informative video about the holiday’s traditions.

Some of the ways New Yorkers can celebrate the holiday –

January 23, 2012 – New Year’s Day Firecracker Ceremony
Chinatown kicks off the New Year with 600,000 rounds of colorful firecrackers (a New Year tradition believed to scare away evil spirits).  After opening ceremonies, Lion, Dragon and Unicorn dance troupes will march through the main streets of Chinatown. The festival will also include performances by traditional and contemporary Asian and Asian American signers and dancers, as well as plenty of food vendors. 11am – 3pm. Ceremonies begin in Sara Roosevelt Park (Grand & Chrystie Sts.)  More information can be found here. 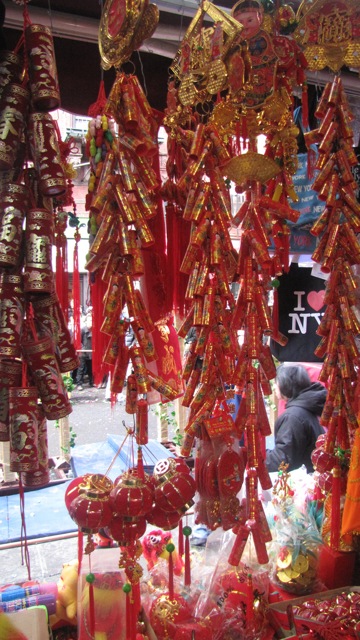 January 28 – Moca’s Preparing for the New Year in Chinatown Tour
Museum of Chinese in America offers a walking tour through Chinatown, explaining the holiday’s traditions and customs. Observe how the neighborhood transforms itself for the New Year and discover the characteristics that make this holiday unique. 11am & 1pm  Click here for reservations and information

January 29 – New Year Parade and Festival
Over 6,000 revelers are expected to march in this colorful Parade through the streets of Chinatown.  The spectacle includes floats, marching bands, lion and dragon dancers, musical performances, magicians, acrobats, and local organizations.  An outdoor Cultural Festival will be held at Sara Roosevelt Park with food stalls and performances by musicians, dancers, and martial artists.  11:30am – 4pm, Parade starts at 1:00pm  Go here for more information.

January 24 – NY Philharmonic Chinese New Year Concert
The Philharmonic rings in the Year of the Dragon with a celebration of Chinese music and dance.  The program features pieces by Chinese composers and artists, including superstar Lang Lang.  Avery Fisher Hall 7:30pm. Tickets and information.

February 4 – Celebrating Lunar New Year: The Year of the Dragon
The venerable Metropolitan Museum of Art celebrates with music and dance performances, interactive gallery activities, and art-making workshops for all ages.  All programs are free with museum admission, and the Met cafeteria will feature a traditional Chinese menu.  11am – 4pm, 5th Ave & 82nd St.  Information. 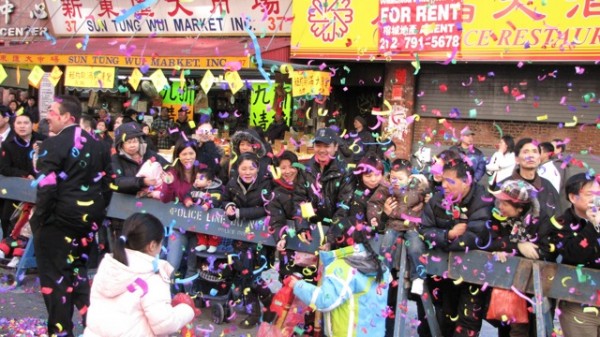 February 4 – Flushing New Year Parade
Flushing, Queens is home to one of the largest Chinese and Asian American populations in the nation.  They’ll celebrate the New Year with a parade that includes dragon dancers, steel drummers, and fireworks.  Starting at 11:00am, the parade begins at Union St. & 39th Ave, ending at Main St. & 39th Ave.  A festival continues at Queens Crossing Mall (Main St & 39th Ave.)

By the way, the dragon is a symbol of good fortune and sign of intense power.  In Eastern philosophy, the Dragon is said to be a deliverer of good fortune (knock wood) and a master of authority.  For more information about the sign of the Dragon, go here. 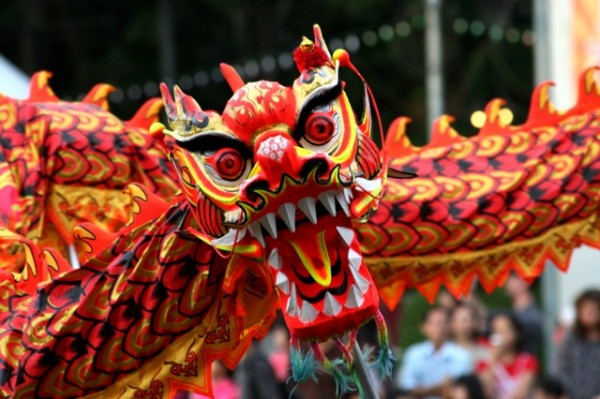