By Walks of New York on May 6, 2013 in Explore NYC, Transportation 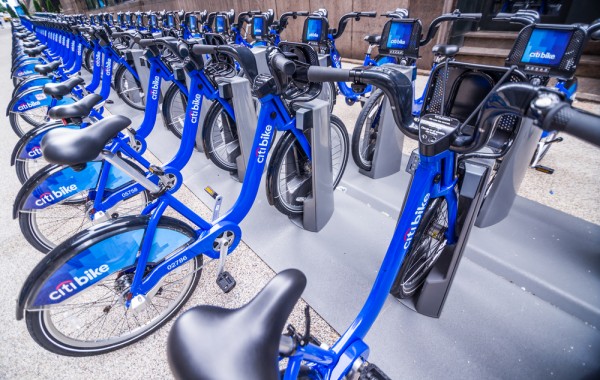 The bicycle system is the nation’s largest, including 6,000 bikes at 330 stations in Manhattan (below 60th Street) and in parts of west Brooklyn. Citi Bike will soon expand to 10,000 bikes and 600 docking stations, adding Manhattan’s Upper West and Upper East Sides, Park Slope, Red Hook, Williamsburg, and sections of Queens.

The long-anticipated program (in fact, we wrote about its imminent launch back in March 2012) should ease congestion on roads and subways, create 170 New York jobs, and generate $36 million annually for the local economy. Landlords and real estate brokers are already touting proximity to docking stations, and a few companies have begun offering Citi Bike memberships as an employee benefit.

But not all New Yorkers welcome the coming of Citi Bike. Some have filed lawsuits, claiming the bike stations will create a hazard or mar historic districts (some are irked by Citibank’s blatant advertising). Longtime street vendors are angry about having to relocate, and there was an uproar about the restriction of riders weighing over 260 pounds (the NYC Department of Transportation has subsequently hinted this stipulation will not be monitored… or enforced).

Polls suggest, though, that more than 70 percent of New Yorkers approve of the system, and over 5000 annual memberships were sold within the first 48 hours.

Read on to find out how you can use Citi Bike in New York! 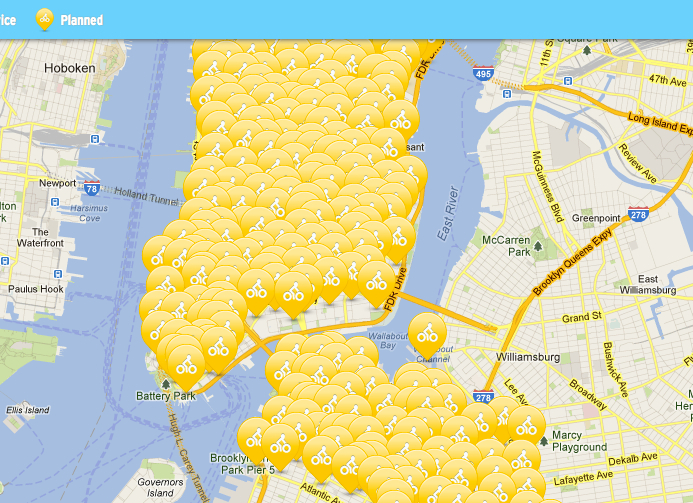 What is a Citi Bike?

When are Citi Bikes available, and where do you get them?

Bikes will be available 24/7, 365 days a year from any of the city’s numerous docking stations.

Each Citi Bike station features a solar-powered touchscreen kiosk, a map of the service area and neighborhood, and a docking system that releases bikes for rental.

How can you get access to a Citi Bike? 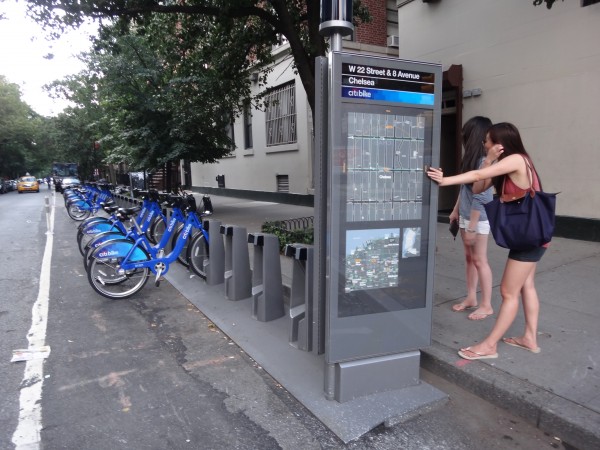 Riders borrowing bike from a kiosks in Manhattan

Bikes are accessible with either an annual membership, or timed passes.

Pass holders are given a code at the kiosk, which is typed into the keypad on any dock with an available bike. Annual Members ($95 + tax) dip their unique key into the key slot at any dock.

You can ride as many times as desired during the period you’ve purchased.

How long can you use your Citi Bike for?

Citi Bikes are intended “for short, quick trips around NYC.” Pass holders may ride for 30 minutes per trip, after which overtime fees apply: $4 for the second half hour, $9 for the third half hour, and $12 for every half hour after that.

Annual members have 45 minutes. It then costs $2.50 for the following half hour, $6.50 for the next half hour, and $9 for every half hour after that. The idea is to encourage a quick turnover for each bike.

Not if there are young children: Riders must be at least 16 years old to use a Citi Bike.

Where can I find out more about Citi Bike?

Citi Bike App: The official Citi Bike app features a full-station map, up-to-date bike and space availability for each station, and search and routing functionality. It will be available soon via iTunes and Google Play stores.

NYC Cycling Map: Published annually by NYC DOT, the map can be downloaded and includes a detailed look at bike lanes throughout the five boroughs. Call 311 or visit a bike shop in NYC for a free paper copy.

Ride the City: This website offers an interactive route planning service for New York City bicyclists, which allows you to save locations and routes after creating a (free) profile. 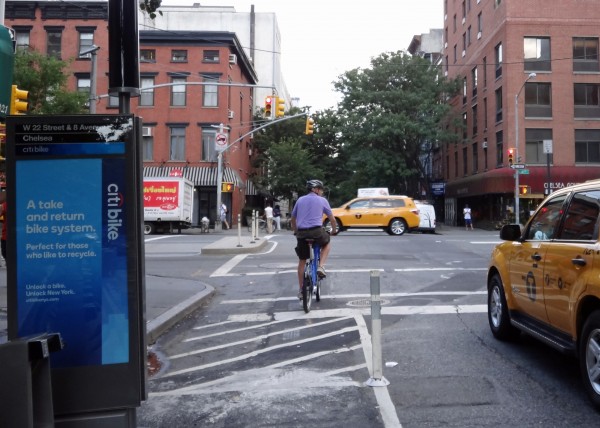 It’s always a good idea to wear a helmet while bicycling in the city, like this rider!

Good question. Given New York’s notoriously chaotic streets and the challenges of riding amongst so many vehicles and pedestrians, biking safety is a legitimate concern.

NYC DOT’s Bike Smart Guide includes the city’s biking rules, resources, maps of designated bike paths and lanes, and info on how to avoid getting “doored” by parked vehicles, etc. 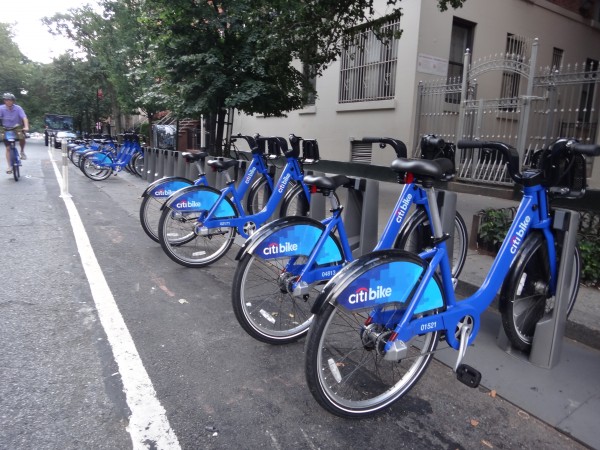 Citi Bikes lined up at a kiosk in Chelsea, New York

While not mandatory, meanwhile, Citi Bike encourages riders to wear a helmet. Citi Bike’s Resources page lists NYC bike shops and retailers selling helmets. With their Citi Bike key, annual members receive coupons for $10 off a helmet at any bike shop in NYC.

The NYC DOT also fits and gives away official New York City bicycle helmets at events throughout the city. Call 311 to schedule a free fitting or visit the DOT Web site to find a list of upcoming events. (Look for their “Don’t Be a Jerk” campaign.)