Diego Rivera, one of the 20th Century’s most famous artists, was locked in one of NYC’s most infamous culture clashes. 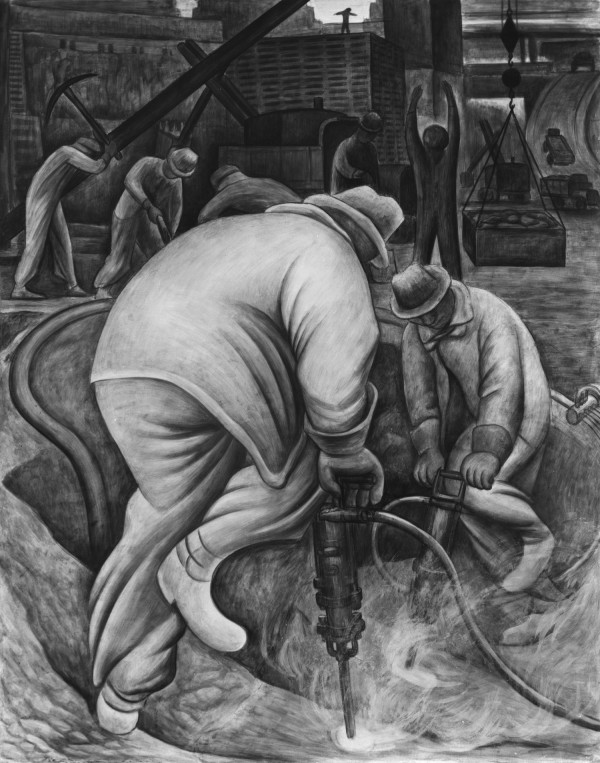 Celebrated Mexican artist Diego Rivera came to NYC in 1931 to create murals for the new Museum of Modern Art.  The works were showcased in the museum’s second solo exhibition (Matisse being the first), which “broke all attendance records.”  While in NYC, John D. Rockefeller Jr. commissioned Rivera to create a large mural for the lobby of the RCA Building, centerpiece of the soon-to-be-completed Rockefeller Center complex.

Rivera created a 63-foot-long portrait of workers facing symbolic crossroads of industry, science, socialism, and capitalism.  Inspired by Communist ideals, he included Soviet leader Vladimir Lenin amongst the scene, which quickly stirred controversy.  When Rivera refused to remove the image, he was paid, barred from the site, and his mural was covered by a drape.  Soon after, despite plans to move the work to MoMa, Rockefeller Center workmen destroyed the mural using axes and hammers.  Rivera never worked in the U.S. again. 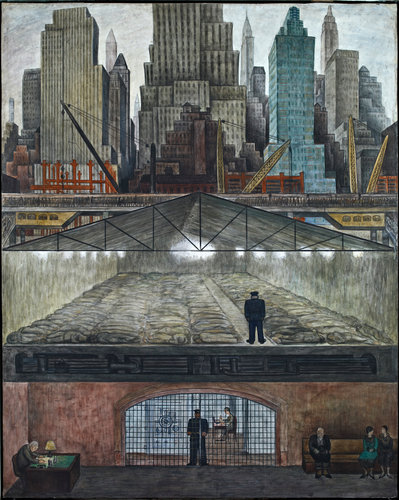 The exhibition, Diego Rivera: Murals for the Museum of Modern Art, focuses on works created in NYC, presenting them for the first time in nearly 80 years.  Included are three murals of Depression-era NYC, as well as drawings and designs for his Rockefeller Center mural.  See MoMa’s website for information and tickets.  The exhibitions runs through May 14, 2012.

One particularly striking work is the mural, “Frozen Assets.”  Below Manhattan’s familiar skyline (including several landmark buildings) lie rows of the homeless and unemployed.  Beneath them is a subterranean bank vault where wealthy citizens count their assets.  It is a remarkably prescient work.

Rivera and the Rockefeller Center incident are depicted in the film Cradle Will Rock. 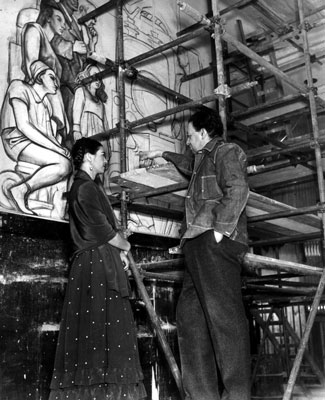 Dickens Does NYC
Philip A. Payton: the Father of Harlem