April 7, 2012 – On beautiful Spring afternoon, a crowd gathered in historic Washington Square Park.  This was not a demonstration, or rally, or cultural celebration.  It was NYC Pillow Fight 2012. 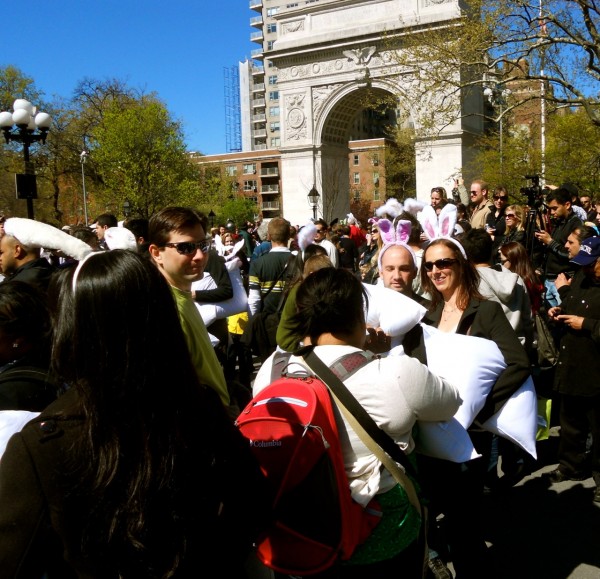 The chaotic, festive atmosphere was rife with anticipation as people arrived toting pillows in a variety of silly garb.  Many wore bunny ears and pajama bottoms, but there were also onesies, superheroes, lucha libre wrestler costumes, even a suit of armor over jammie bottoms.

At the sound of a horn, revelers packed tightly into the space east of the fountain and checked their watches – four minutes to the designated start time: 3:00pm.  A couple minutes later, some young bunnies who were unable to restrain themselves started thumping each other, and chaos broke loose.  It was on!

Swinging furiously, complete strangers pelted one another with fluffy pillows. Everywhere folks grinned, laughed, and screeched as they played with abandon. Some periodically emerged from the melee red-faced and panting, only to dive back in after a few minutes rest.  Those that left the party often shared their pillows with eager bystanders to join the fight. When feather pillows burst, shrieks of delight were heard as flurries of feathers filled the air and dusted the scene. (Unfortunately, I swallowed a few of those feathers). 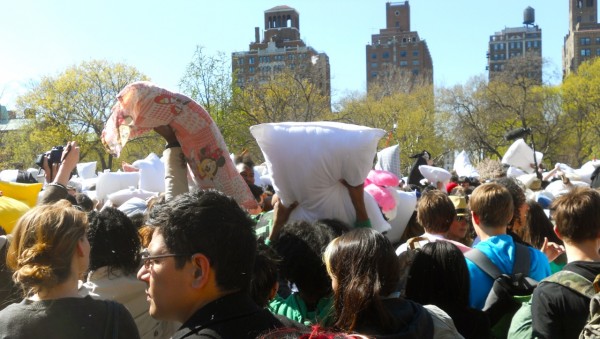 After about 45 minute I decided to leave, the fracas still going strong.  But before exiting the park, I turned back to see an amazing sight: in a gorgeous park in the heart of a massive city, a sea on pillows and feathers were flying.  A large, incredibly diverse crowd of strangers had come together to have fun, to be silly…and to play.

(Click on photos to open slideshow. All photos by author.) 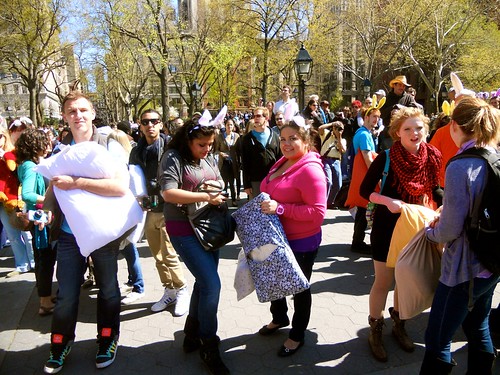 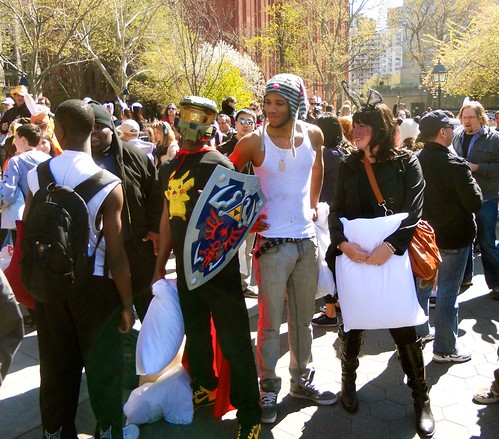 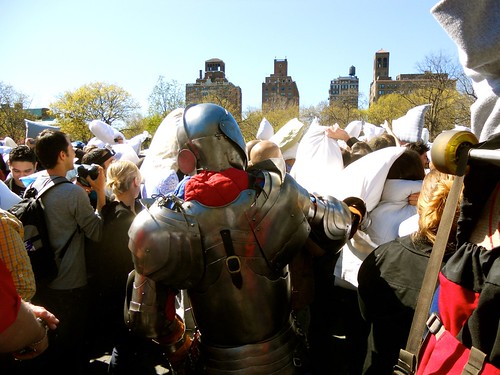 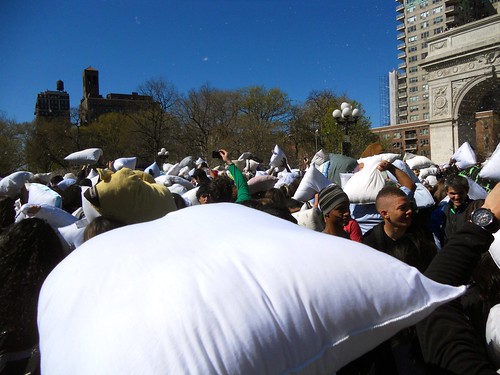 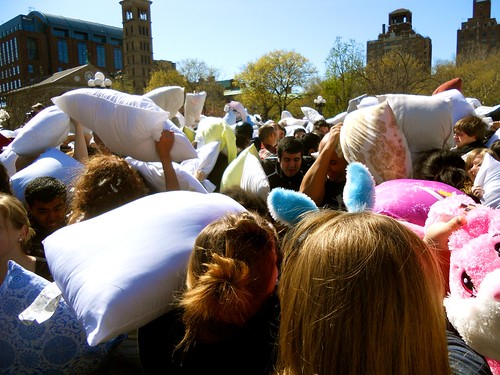 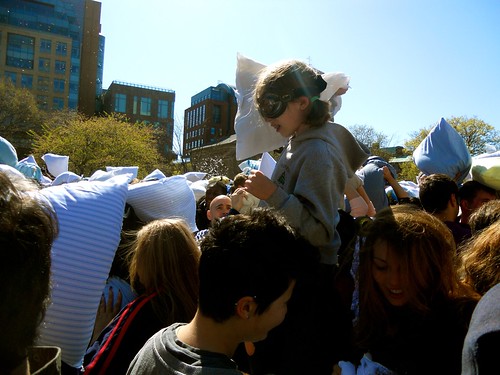 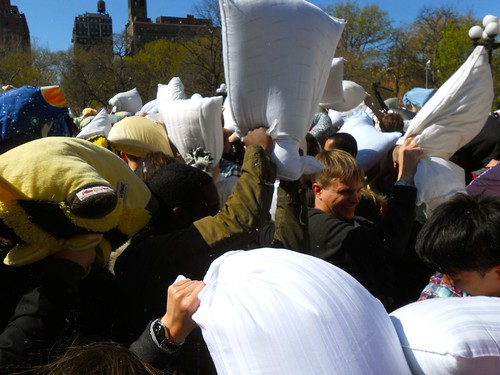 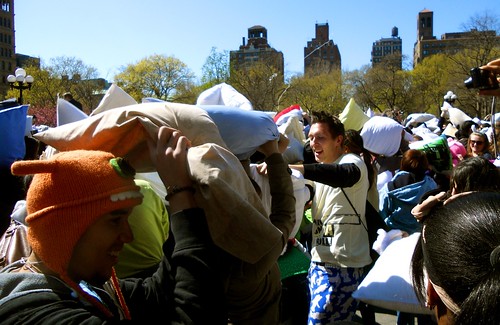 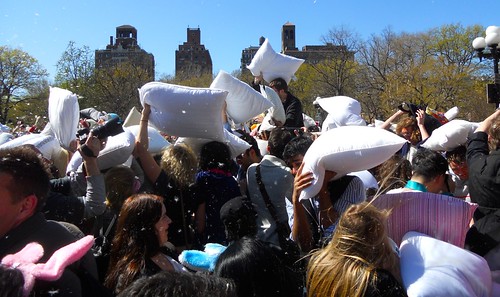 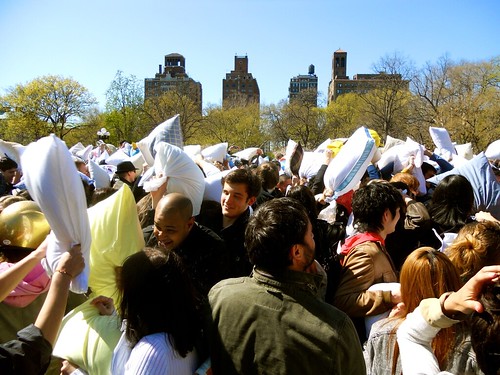 Here’s a video by ReachNYC