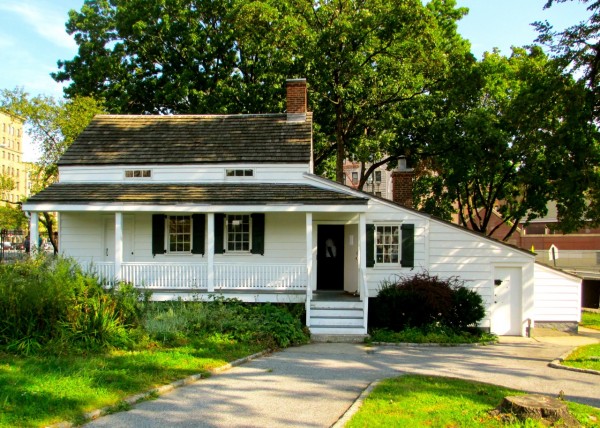 Edgar Allan Poe wasn’t just a poet and writer of macabre masterpieces: He also was a New Yorker!

Known as America’s first great lyric poet, Poe is often associated with Richmond, Virginia and Baltimore. But he moved to New York City at 22, eager to make his fortune. And the city became the home of some of his greatest triumphs… and tragedies, too.

When Poe arrived in New York in 1831, he had just been dishonorably discharged from West Point Academy (wanting out, Poe simply refused to attend courses or appear for roll calls). His foster father, John Allan, had severed all ties with him.

Destitute, Poe published his Poems:Second Edition with money raised from his fellow cadets. After four months of struggling in poverty, he left New York City for Baltimore.

Poe returned to New York in 1837 seeking work as a magazine editor. This time he was joined by his bride Virginia (she was also his 14-year-old cousin!) and his mother-in-law (and aunt), Maria Clemm.

The trio settled in a Greenwich Village boarding house at Sixth Avenue and Waverly Place, where they shared a floor with a bookseller.

A few months later, they rented a house at 113 ½ Carmine Street, where Mrs. Clemm set up a boarding house while Poe continued to write short stories. Neither endeavor produced much income, and the family lived in poverty. (During this time, Poe visited the nearby Northern Dispensary, which provided free medical care to the city’s indigent. The triangular building still stands just east of Sheridan Square).

After a year of struggling to survive, the Poes borrowed money to escape to Philadelphia.

After six years in Philadelphia, during which many of Poe’s best-known works were published (including The Fall of the House of Usher, The Murders at the Rue Morgue, The Pit and the Pendulum, and The Tell-Tale Heart), Poe returned to New York City in April 1844 to make a career as a “magazinist.”

“He kept on coming back to New York City because he hoped this was the place to be for the publishing world,” explains Kathy McAuley, director of Poe Cottage.  “He came back again and again, looking for that elusive prosperity.” 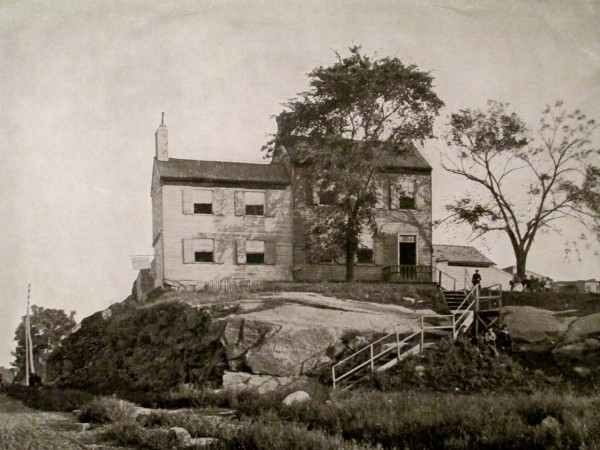 The Brennan Farmhouse in 1879

The trio rented a room at 130 Greenwich Street (one block south of what became the site of the World Trade Center). After a couple of months in cramped quarters, the family escaped crowded, noisy, and odorous lower Manhattan for the “country”: West 84th Street and Broadway. There, they rented two rooms on the 2nd floor of the Brennan farmhouse, where Poe was apparently quite happy.

“[He was] fond of rambling down in the woods, between the house and the river, and sitting for hours upon a certain stump on the edge of the bank of the river,” wrote Mary Brennan. (That rocky outcrop, which Poe called “Mount Tom,” is still in Riverside Park at 83rd Street).

While living there, Poe wrote what is perhaps his most famous work, The Raven. And his room was the inspiration for the chamber in the poem. Although the house was demolished in 1888, a plaque stands on the site, and West 84th between West End and Broadway has been named “Edgar Allan Poe Street” (although two of the signs misspell “Allan” as “Allen”.) 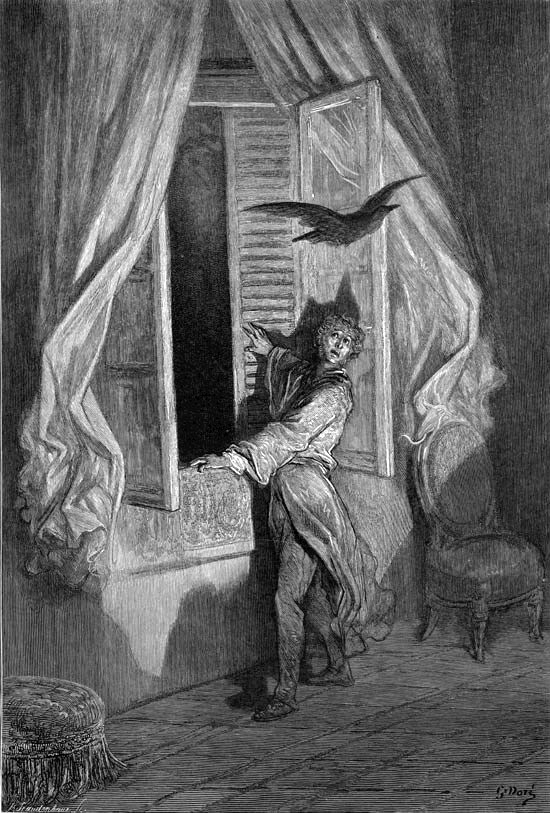 In January 1845, The Raven was published in New York, causing a national sensation. Poe became a household name—even though he was only paid $9 for its publication!

It meant, though, that Poe finally was admitted to New York’s literary society. He soon borrowed money from associates to acquire controlling interest in The Broadway Journal. The family moved back to the city, living a nomadic existence with a few months at 154 Greenwich Street, then a boarding house on the Lower East Side at 195 East Broadway (now the site of the Educational Alliance).

They finally settled at 85 Amity Street (now called West 3rd Street). While here, Poe revised many of his poetic works, published in his collection The Raven and Other Poems. (In 2000, New York University announced plans to tear down the house to create a new building for the NYU Law School. Poe enthusiasts and historical societies protested, causing NYU to reconstruct the 1845 façade on the new structure, preserve an interior staircase, and dedicate a room to Poe, used for readings and lectures).

Meanwhile, Virginia’s ongoing tuberculosis worsened. A devoted husband, Poe moved to a cottage in bucolic Fordham Village (now in the Bronx), hoping to improve Virginia’s precarious health. This was to be their final home. 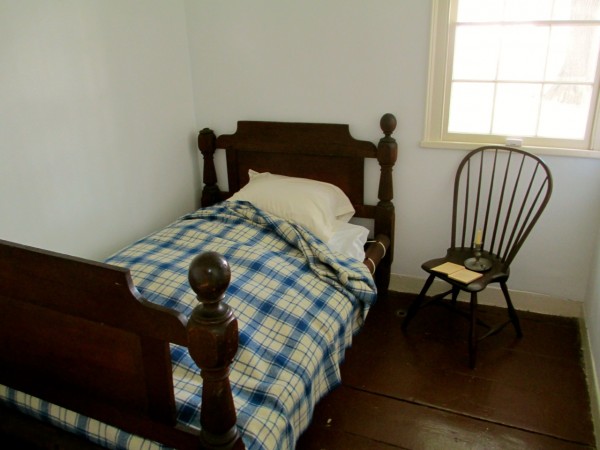 Virginia died a painful death in her bed in January 1847. (You can still visit Poe Cottage, and, yes, even the bed, today; the public museum also contains Poe’s rocking chair and mirror). Grief-stricken, Poe lived in the cottage for two more years. It’s here that he wrote The Cask of Amontillado, Eureka, Annabel Lee, and The Bells (referring to the bells that rang from nearby St John’s College, now Fordham University). He’s said to have often been seen weeping beside Virginia’s grave in the nearby churchyard.

After a stay in Richmond, Virginia, Poe was found on a street in Baltimore—delirious, wearing a stranger’s clothes, and in need of medical attention. He died in a hospital on October 7, 1849 under mysterious circumstances. Though there are numerous theories about his cause of death, none can be proven. Poe’s death certificate has disappeared.

Though Poe had a complex—and not always happy—relationship with New York, some say that just as he kept coming back in life… he continues to return in death. His ghost has been seen climbing that original staircase at NYU’s West 3rd Street Law School.

Poe also is thought to have lived briefly on the second floor on 47 Bond Street, and enjoyed a drink (or two) in the first floor saloon. The staff at Il Buco Restaurant claim he still helps himself to the stock in their wine cellar. Thoroughly-sealed bottles are sometimes found half empty.

Want to pay homage to Edgar Allan Poe? In addition to the monuments already noted, there’s PS 46, the Edgar Allan Poe Literacy Development School. There’s also a bust of Poe at the Hall of Fame for Great Americans.