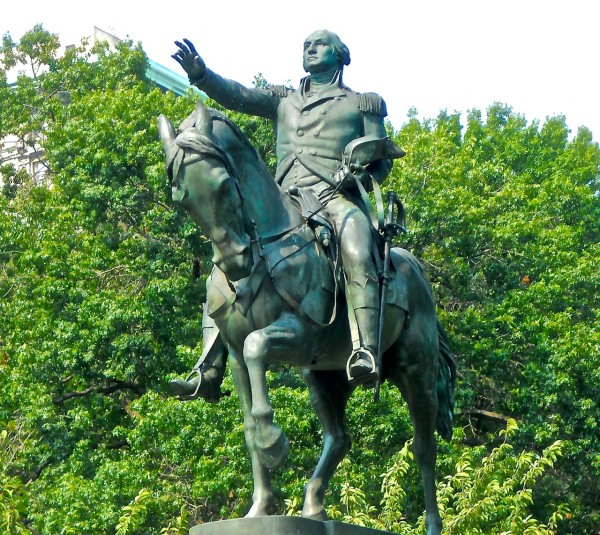 New York City was the scene of some of Washington’s greatest military trials and political triumphs. Washington called the city “a post of infinite importance”—and he may even have coined the term “New Yorker”.

So it comes as no surprise that several important sites associated with Washington’s life and career are in New York City, as well as some of his iconic portraits and monuments. 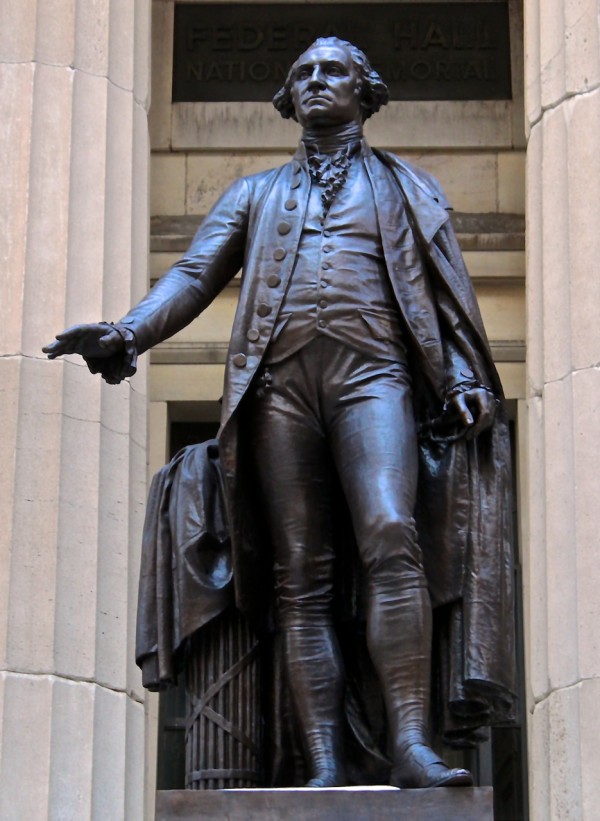 Fulton Ferry Landing: This historic spot in Brooklyn Bridge Park is where General Washington took the daring risk that saved the Continental Army. Overwhelmed and out-numbered in the Battle of Brooklyn, the American troops were cornered at the waterfront of Brooklyn Heights. On the night of August 29, 1776, Washington silently smuggled his 9,000 men across the mile-wide East River to Manhattan under cover of a dense fog.  As the fog lifted the following day, Washington was gliding away on the last boat, having saved his army… and possibly the future nation.

Fraunces Tavern: Samuel Fraunces opened his tavern in 1762, and it became one of Washington’s favorite haunts. Washington was such a fan of Fraunces’ cooking, he even made the innkeeper his presidential steward. Today, the landmark building houses a museum that includes the room where Washington bade farewell to his officers, early Washington portraits and artifacts, and exhibits on the American Revolution.

Bowling Green: Washington lived next to New York’s oldest park twice. He briefly stayed in a home beside the park in 1775, and 39 Broadway was the location of his second presidential mansion. While both buildings are now long gone, we can assume Washington enjoyed the park, which was then popular for lawn bowling. (Note the jagged posts of the original 1771 iron fence!). On July 9, 1776, Washington’s troops were on The Common (today’s City Hall Park) for the reading of the Declaration of Independence. New Yorkers were so enflamed with patriotic fervor, they marched down Broadway to Bowling Green and ripped the gilded crowns from atop the fence posts. 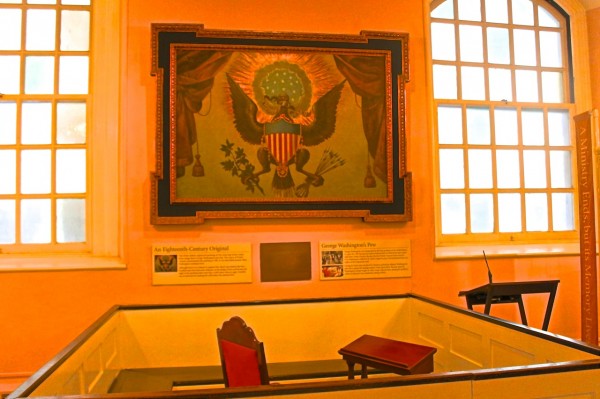 Federal Hall: This is where George Washington took the oath of office as the first President of the United States on April 30, 1789. Federal Hall was the first U.S. Capitol, where Congress met to establish the new federal government and ratified the Bill of Rights.  The current building replaced the 18th-century original. Today, it contains a museum with a small exhibit on Washington’s inauguration, as well as the Bible upon which he swore the presidential oath.

St. Paul’s Chapel: Washington worshipped here in 1776 before his Inaugural Ceremony, and throughout the 17 months of his presidency in New York. His pew box has been preserved, over which hangs the painting of The Great Seal of the United States. It was installed on Inauguration Day and rumored to have been designed by Benjamin Franklin (the dark bird resembles a wild turkey, Franklin’s pick for national bird, rather than an eagle.)

Morris-Jumel Mansion: The oldest home in Manhattan, Washington used this mansion as his headquarters during the Battle of Harlem Heights in 1776. President Washington returned in 1790 to dine with members of his cabinet, including John Adams, Thomas Jefferson, and Alexander Hamilton. The beautifully-maintained mansion is now a museum that offers exhibits, educational tours, and events. 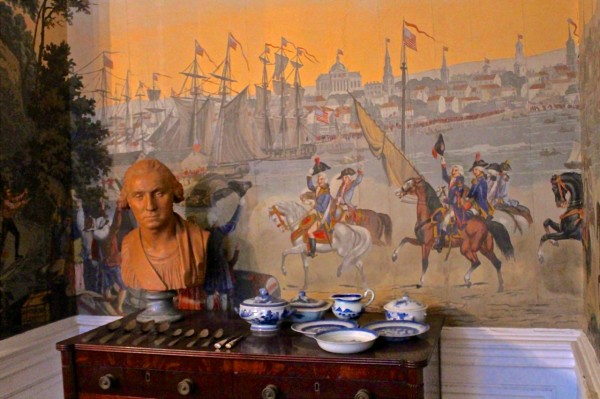 New York’s best-known monument to “the father of our country” is the Washington Square Arch. The marble arch includes two statues, Washington as Commander-in-Chief and Washington as President. Union Square Park features a bronze equestrian statue depicting Washington’s triumphant return to New York on Evacuation Day. The enigmatic art installation on the wall of One Union Square South includes a large bronze hand above the steam hole; that’s Washington’s hand from the statue in the adjoining park.

The New York Historical Society includes Washington portraits, memorabilia, and rare artifacts, including his Inaugural chair and Valley Forge camp bed. And the Metropolitan Museum of Art includes many renowned portraits of Washington, including the famed Washington Crossing the Delaware. 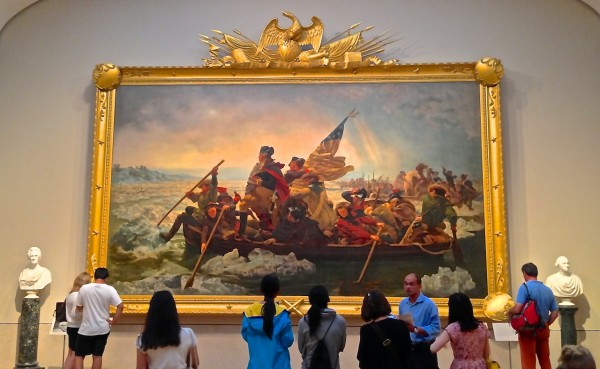 “Washington Crossing the Delaware,” at the Met Museum. Photo by Jeff Dobbins

What is your favorite historic site in New York?  Tell us in the comments below.