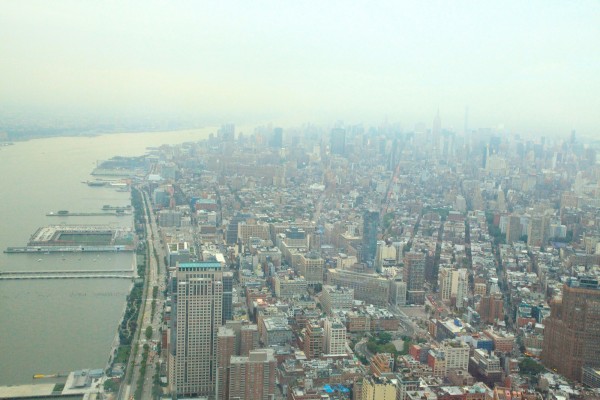 It’s almost impossible to come to New York City and not have your mind brought back to the tragic events that took place there on 9/11. Although the city and its people are very much in recovery, it’s clear that this massive event has changed them both forever. With all of that said, I felt it was important to take the time to learn more about the impact of 9/11 while I was in New York City so I opted to head on the Walks of New York’s Ground Zero tour.

The ground zero tour itself was given by Jeff, a wonderfully friendly tour guide who had lived in New York for many years. This of course meant that Jeff had been witness to the 9/11 attacks and had a deep and emotional understanding of how the day’s events affected life in New York City. We began our three-hour tour of ground zero in St Paul’s Chapel, a historic church in Lower Manhattan that became the base for much of the recovery and rescue operation in the days and months following 9/11.

Amazingly, despite being located so close to the Twin Towers, St. Paul’s managed to escape major damage during the attacks while the office buildings around it crumbled.  Not even a pane of glass was broken. Today, visitors to the chapel will find a collection of displays inside honouring both the victims of 9/11 and those who helped in the rescue efforts. During this section of the tour, Jeff also told us some very powerful and moving stories about the heroic actions of every day New Yorkers – that brought more than a few tears to the eyes of the tour group.

Next, we visited an often overlooked 9/11 memorial, a beautifully sculpted cross by artist Jon Krawczyk. The cross itself is hollow and contains thousands of notes and symbols of loss and hope from people all over America. The artist drove 5,000 miles across America collecting these items before the cross was finally placed on Church Street. After showing us some of the regeneration of the area, including the gorgeous new transportation hub and the beautifully restored World Financial Centre, we made our way to the 9/11 Memorial.

As we walked around the Memorial, Jeff told us some more amazing stories from the day, including that of Welles Crowther, a 24-year-old man who sacrificed his own life to save dozens of others. He also brought us to the Survivor Tree, a beautiful tree that had been severely damaged during the attacks but had been brought back to life and now stands as a symbol of hope.

Following our tour of the memorial, we were given our tickets to enter the September 11 Memorial Museum. Unfortunately, outside tour guides are unable to accompany groups into the museum but Jeff made sure to tell us about some important items we should make sure to see before we went in. The museum itself was filled with fascinating artefacts from the day, as well as in-depth information about the time-line of the attacks. Most importantly, the museum is also home to hundreds of eyewitness stories in the form of audio recordings and video.

The Ground Zero tour, complete with Jeff’s incredible stories and the fascinating 9/11 Museum, helped me to walk away with a much deeper understanding of how profoundly these awful attacks affected New York City. I always knew just how life altering the event was, but seeing it from the perspective of everyday New Yorkers has given me new found respect for the resilience of this city and the brave people that call it home.

Learn more about the events that shook New York, and the world, in 2001 – book your place on the 9/11 Memorial Tour with Walks of New York today.