By Walks of New York on December 3, 2012 in Activities, Explore NYC, Parks 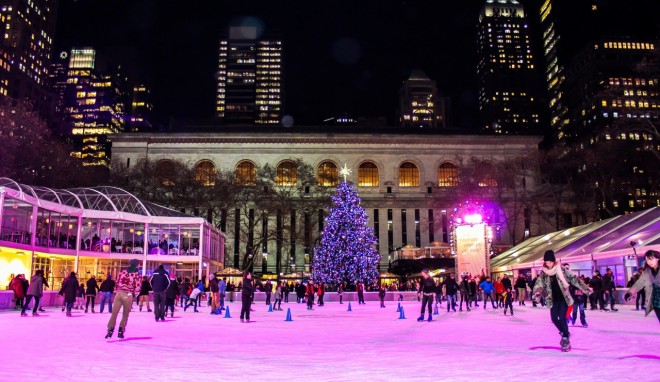 Want to go ice skating in New York? You can! Every winter, pleasure-seeking New Yorkers and visitors strap on skates and join the fun at New York’s many skating rinks. 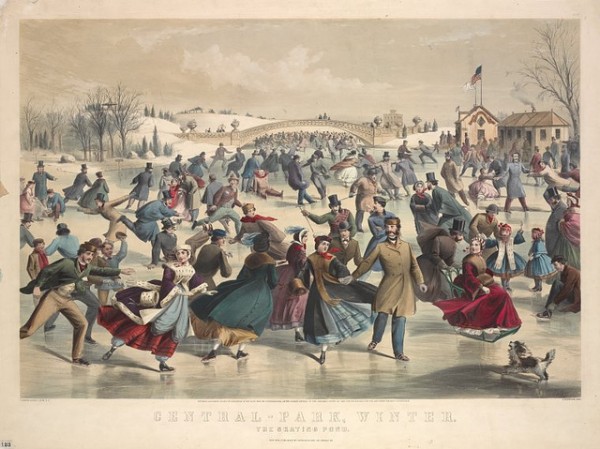 Ice skating in New York is a tradition that goes back to the 17th century, when locals would skate on Collect Pond (which would have been in today’s Chinatown). The first formal skating rink in the United States opened in Central Park in 1858. The strange sport quickly caught on: Skating clubs formed, private rinks opened, and events were held at ponds in the still-rural Upper East Side.

At the end of the 19th century, a rink called Iceland opened, featuring a restaurant, orchestra, and ice carnivals and pageants. The rink at Rockefeller Center opened in 1936, followed by many others. Opened in 2004, the Winter Village in Bryant Park (formally CitiPond) is the latest venue to cater to the city’s ice skaters.

Want to do some skating this winter in New York City? Here are some of our favorite New York rinks! 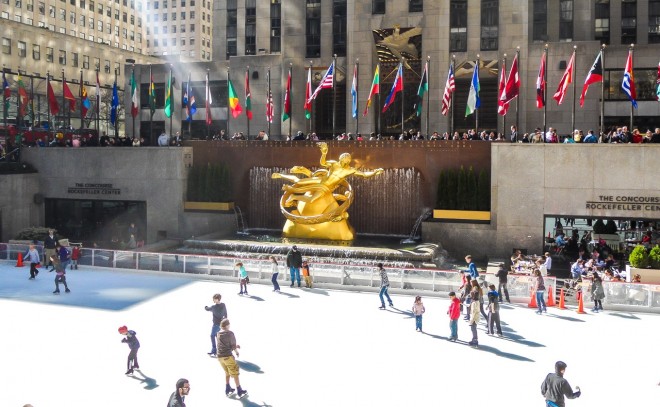 The Rink at Rockefeller Center: Located in the heart of Rockefeller Center and overlooked by the golden statue of Prometheus (not to mention the Holiday Tree, in December), this midtown skating rink is one of Manhattan’s best-loved institutions.

Notes: Skate lessons are available daily from 9am to 6pm for $50. Lines can be long between Thanksgiving and New Years, but the First Skate of the Day reservations can be purchased in advance online. Want to splurge? VIP reservations also are available. 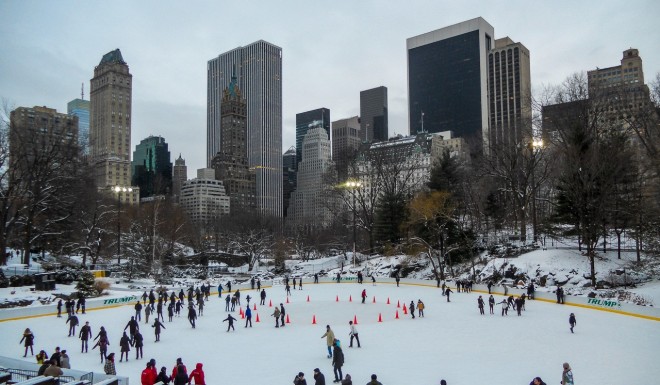 Location: Between 5th and 6th Avenues and 40th and 42nd Streets.  Hours: Open daily from 8am to 10pm (until midnight Friday and Saturday). Prices: Use of the rink is free, but skate rentals are $15.  Lockers are free (bring your own lock or buy one there), but bag check costs between $8 and $10.

Notes: A reasonable VIP FastPass is available to skip the line.  Skate lessons are also available, either by reservation or walk-in, from 10am to 6pm.

The LeFrak Center at Lakeside – this new state-of-the-art facility in Prospect Park includes two ice rinks (one covered and one open-air) connected by an ice bridge and a high-quality café.  In addition to skating, the center offers a Skate School with classes for all levels, gameplay for hockey enthusiasts, and even curling.

Location: Near the Lincoln Road and Parkside/Ocean Avenue entrances to Prospect Park.  The center’s hours, pricing, classes and programs vary. See the website for full details. 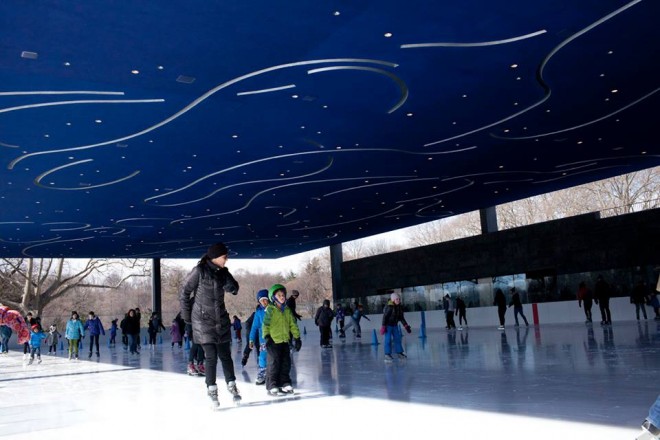 Sky Rink at Chelsea Piers: In the Chelsea Piers Sports Complex, this is a popular year-round indoor ice skating rink at Pier 61. In addition to general skating, figure skating and ice hockey programs are offered.

Further afield, outdoor ice skating rinks can be found at Riverbank State Park (West 145th St and Riverside Drive, with great views of the Hudson River and George Washington Bridge), and at the Abe Stark Rink at Coney Island. Queens has two excellent rinks, too: the World Ice Arena (in Flushing Meadows Corona Park, former site of two World’s Fairs) and the City Ice Pavilion (Long Island City), which is the city’s only rooftop ice rink. 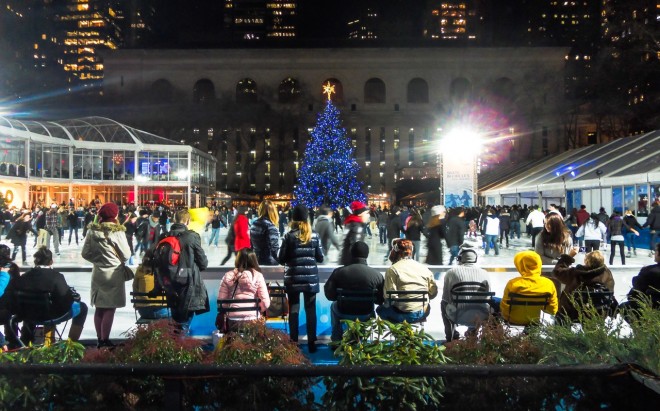 Have you hit the ice in NYC? What’s your favorite ice skating rink in the city? Tell us in the comments below.