By Walks of New York on September 16, 2013 in Events, Explore NYC, History, Neighborhoods 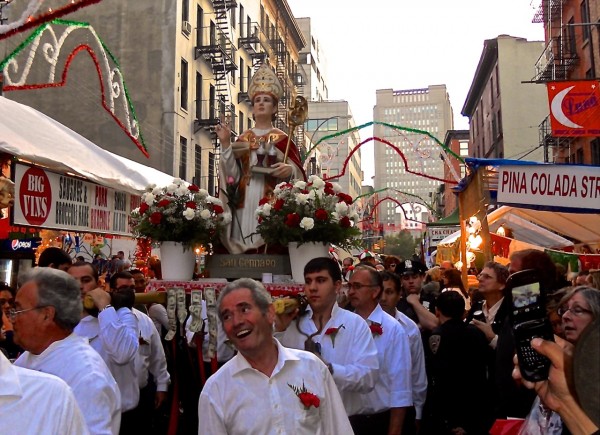 New York has been called “the Italian American capital” because it is home to the largest Italian American population in the U.S.  There are Italian communities in all five boroughs of the city, most with deep roots in their area.  Italians helped build the modern city and have made a profound impact on NYC’s arts, politics, dialect, and, of course, cuisine.  Italian food is a staple of the NYC diet…I mean, what’s more quintessential New York than its pizza? 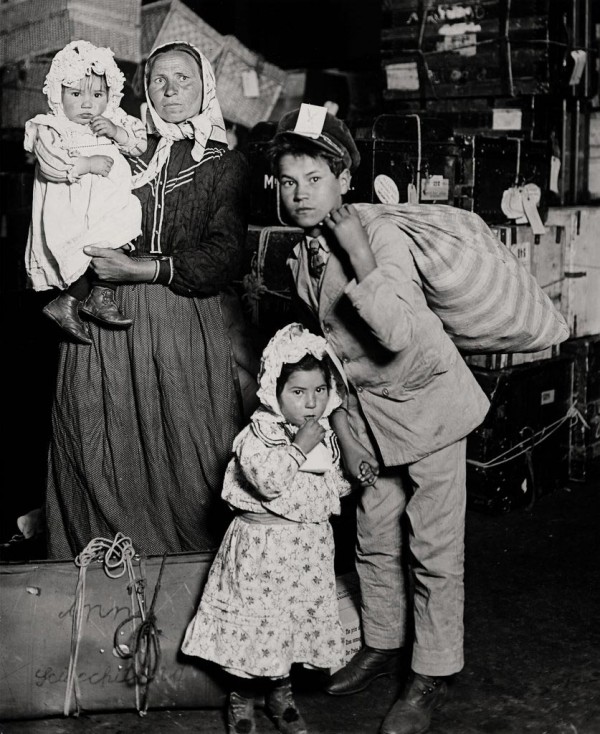 New York had relatively few Italian residents during its first two centuries.  In 1860 only about 1400 New Yorkers were of Italian descent.  Most of them eked out a living as dockworkers, fruit vendors, organ grinders, or rag pickers while living in the decaying Five Points slum.  However in the 1860s a wave of immigration from Italy began that became a flood by the end of the century. Between 1900 and 1914, almost two million Italians emigrated to America, most arriving in New York.  By 1930 NYC was home to over a million Italian Americans – a whopping 17 percent of the city’s population.

Most Italian immigrants came from southern Italy and were contadini (landless farmers) fleeing severe poverty.  Some of the earliest arrivals were men seeking work and intending to return home to their families with their earnings (which they often did).  Men were sometimes recruited by padroni (labor brokers), who paid their passage, food, and lodging and hired them out as work gangs (pocketing most of the wages).  Having little education, many Italian men found work as laborers, digging ditches, paving roads, and building projects like the Brooklyn Bridge, the subway, and Grand Central Terminal.  Some created small businesses as street vendors, grocers, and barbers.  Italian women and girls often worked in the garment industry.

Like most immigrants facing language and cultural barriers, the Italians created ethnic enclaves.  The first communities were centered on Mulberry Street north of the Five Points, in Greenwich Village, and East Harlem.  Though New Yorkers labeled the newcomers “Italians,” the immigrants identified primarily with their home region or village and organized their neighborhoods accordingly.  Thus, Mulberry Street was distinctly Neapolitan, Mott Street held the Calabresi, Hester Street the Apulians, etc.  Elizabeth Street was strictly Sicilian, and each block (even tenement) was inhabited by a specific Sicilian town.  Martin Scorsese, who grew up in Little Italy, remembered that an engagement to a person from another block was considered a “mixed marriage.” 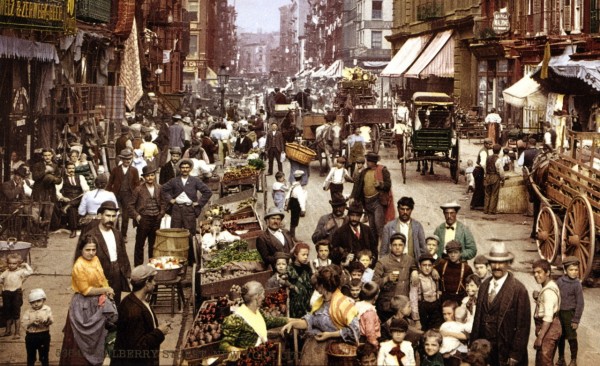 The tight-knit Italian American communities (given the confined housing and crowded streets, they had to be close) focused on fundamental traditions of family, food, and faith.  Cultural conflicts sometimes arose with other immigrants, specifically when they were forced to share churches with Irish Catholics.  Italians chose to worship in church basements rather than attend a “foreign” Irish mass.

Faced with considerable discrimination and poverty, Italian communities formed mutual aid societies, as well as clubs focused on culture (particularly music and opera), and organizations to stage religious festivals.  Less benevolent organizations were the crime syndicates of La Cosa Nostra, which were based on Sicilian secret societies.  During Prohibition the “families” developed into the American Mafia.

Italian immigrants dreamed of escaping the decrepit tenements and teeming streets of their neighborhoods, and throughout the 20th century their descendants did just that. Today large Italian districts are found in Brooklyn’s Bensonhurst and Bay Ridge (settings of the film Saturday Night Fever), Howard Beach and Ozone Park in Queens, Belmont in the Bronx, and Staten Island (where 55% of residents are of Italian heritage). 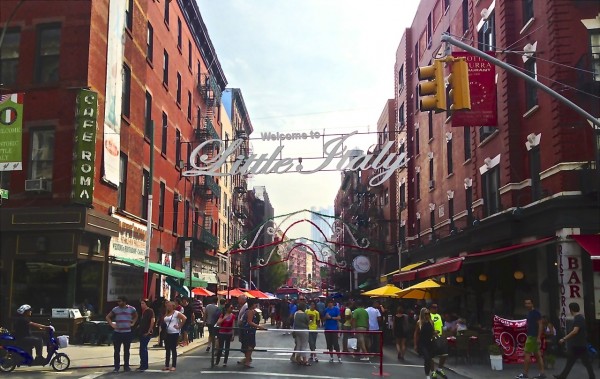 Though few Italians reside in the old neighborhoods of Little Italy, Greenwich Village, and Italian Harlem, vestiges of Italian immigrant culture can be found.  Specifically, a smattering of family-fun ristorantes, food shops, and cafes have survived that are well worth a visit.  The neighborhoods also host traditional Italian festivals. See our guide to NYC’s Classic Italian Neighborhoods and the Best Restaurants in Little Italy for more information.

New York Italians is an organization dedicated to preserving and celebrating Italian culture with events, culinary programs, language classes, and educational lectures.  Their Meet-up group is active and a great way to join the fun. 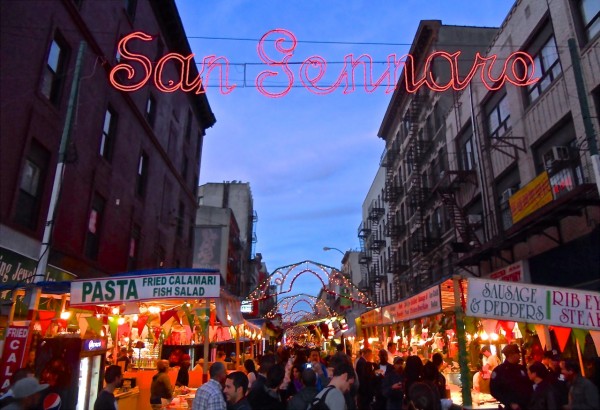 Attending one of NYC’s annual Italian Festivals is a great way to experience traditional Italian culture (and celebrate with Italian Americans).  According to the Order Sons of Italy in America, the NYC region hosts 35 Italian cultural festivals annually, more than anywhere else in the nation.

Most Italian festivals are held in honor a patron saint and usually include an outdoor religious procession, amateur bands, food stands, and entertainment.  Larger celebrations may include carnival rides and games and firework displays.  The festivals are organized by amateur organizations committed to keeping the culture of their immigrant forefathers alive.

Some of the great Italian events include…

What is your favorite Italian neighborhood, tradition or celebration?