By Walks of New York on September 8, 2011 in Explore NYC, Living in New York 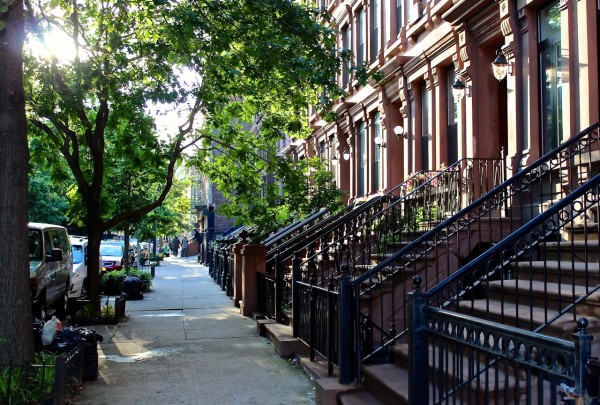 I trudge along a maze of airport corridors into the vast holding pen of Customs inspection. As I wearily file into place, an old man beside me shakes his head and gripes, “They couldn’t open another line?”

His familiar cadence, and complaint, confirms I am back home—in New York City.

On the bus to Manhattan, I listen to the backlog of messages on my cell phone. “Jeff, where are you? Pick up the phone!” demands my friend Oskar in his brusque Swedish accent. “We saw Normal Heart. You have to see it before it closes Sunday. Um, anyway…call me.” Click. I feel a twinge of regret, realizing the show is just one of New York’s bounty of cultural treats beyond my schedule and budget.

Oskar fled to New York to create a life on his terms. So did I, and almost everyone I know. After all, for three centuries the city has drawn those hopeful to make their dreams reality; their cumulative ambitions infuse the air. It’s palpable; it’s stimulating; it’s… exhausting. Many residents occasionally need to escape the intensity. And then, of course, they eagerly return.

Now, at the steps to the subway station, I struggle against a tide of people rushing upward. No one gives an inch to allow me past, which irks me. New Yorkers are forever competing for space—whether on sidewalks, in narrow store aisles, over taxi cabs, or for decent apartments.

Waiting on the subway platform in the stifling heat, sweat begins to pour down my forehead. A man in Jewish Orthodox gabardine mops his brow with a handkerchief, a woman in a bright African caftan fans herself with a newspaper, and a frumpy transsexual dabs her melting makeup with a tissue. United in misery, we rush onto the air-conditioned train when it arrives.

I ascend onto Lenox Avenue and find the sidewalks of Harlem bustling with activity. My neighbors have fled their sweltering apartments for boisterous outdoor gatherings. Music blasts from boom boxes and open apartment windows. Folks sit on lawn chairs or milk crates, barbequing, drinking and playing cards, while kids run and shriek on sidewalks and stoops. The century-old brownstones and low-rise apartment buildings contrast the mighty skyline to the south.

It’s time for me to grab food, too. The city offers a world of culinary options, but with meager funds, my best option is the grocery store. “Hi,” I say to the young African-American cashier. She doesn’t respond, scanning my items in silence. “Thanks,” I say, paying and taking my bags. Again… nothing. She appears to be rude. But I think her apathy is just an armor, her protection from a demanding public. I’ll keep trying to break through.

I am relieved to find my apartment as I left it, except for its fresh layer of the city’s perpetual dust. Sinking onto my couch, I reach for my favorite creature comforts—my television and laptop)—and reflect on my journey.

Why does this crowded, messy, expensive, and exasperating place process such a magnetic pull? Why is this the only place that is home?

Because it’s New York, that’s why. And every time I return, I’m reminded of just how hard it would be to ever really leave.