Macy’s Thanksgiving Day Parade: What You Need to Know to Go

By Walks of New York on November 2, 2014 in Events, Explore NYC, NYC Events 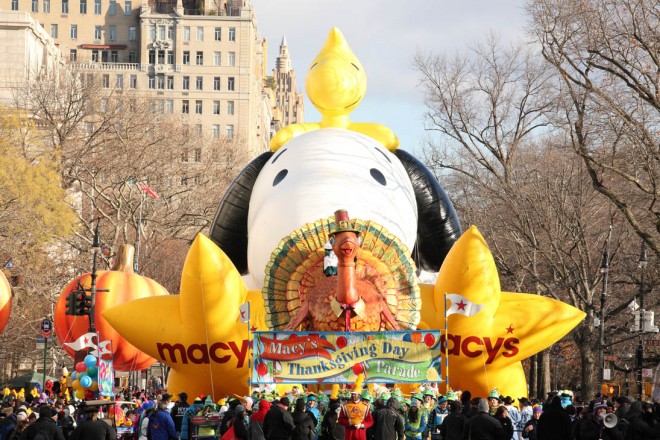 More than 3.5 million spectators attend the parade. Another 50 million viewers watch the national telecast.  The climax of the festivities? The arrival of Santa Claus, of course, which announces the traditional beginning of America’s holiday season!

Here’s what to know about the Macy’s Thanksgiving Day Parade. 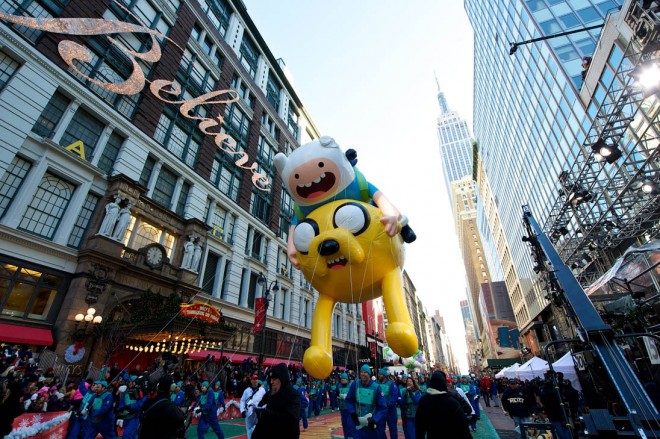 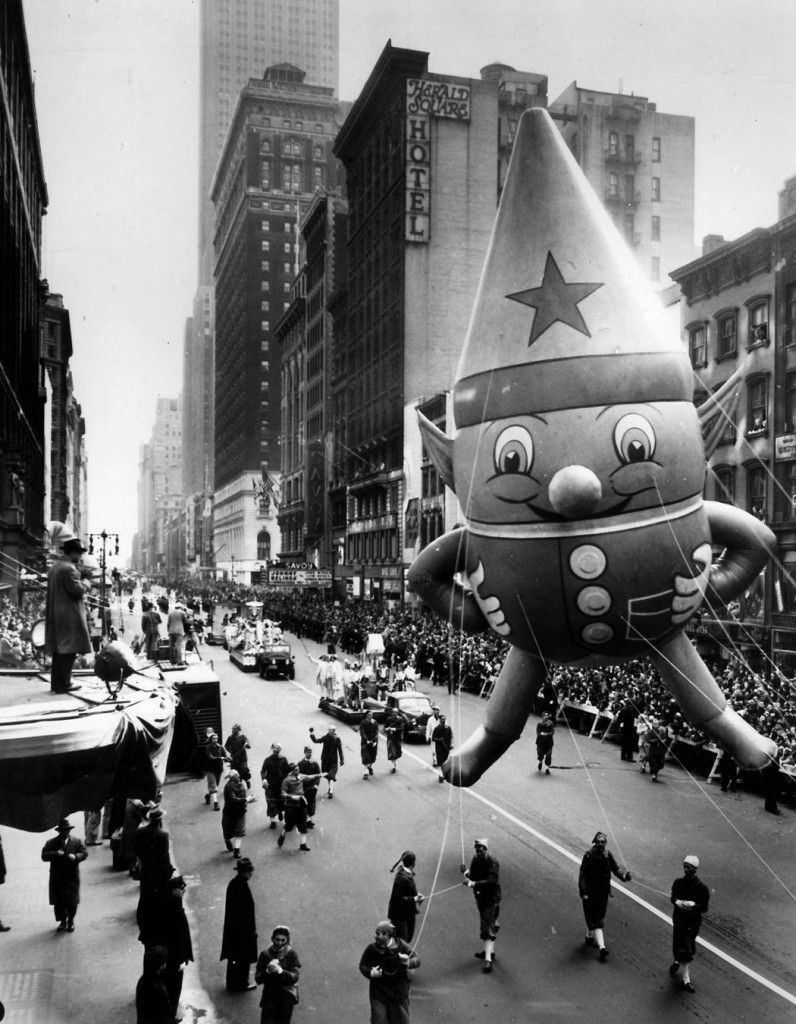 The Macy’s Thanksgiving Parade in 1947

A group of Macy’s employees put on the first parade in 1924. The parade, which went through West Harlem, featured costumed employees, floats, bands, and animals from the Central Park Zoo.

The first giant helium balloon was introduced to the parade in 1927, and the event continued to grow in size and popularity through the decades. In 1946, the parade was televised for the first time.

It’s since become a national holiday tradition. In fact, Macy’s and the Thanksgiving Day Parade are so integral to American pop culture that they’re even the subject of the classic 1947 film, Miracle on 34th Street!

Attending the Macy’s Parade in 2014

The 88th Annual Macy’s Thanksgiving Day Parade marches on November 27th, 2014. The parade kicks off at 77th Street and Central Park West at 9am.

It travels down Central Park West to Columbus Circle, then turns east onto Central Park South. At Sixth Avenue/Avenue of the Americas the parade turns again, marching south to 34th Street and Macy’s Herald Square. It ends at noon. 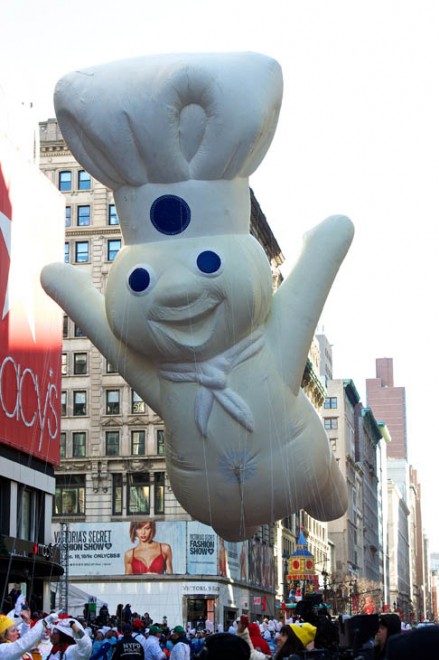 The parade route offers 2.5 miles of public viewing. The best viewing locations are along the west side of Central Park West, the southern sidewalk of Central Park South, and along Sixth Ave. (Bleacher seating is placed along the borders of Central Park, which are reserved for Macys’ guests; tickets for this seating are not for sale).

There is no public viewing south of 38th Street or north of 75th Street. Spectators typically begin to line Central Park West at 6am.

For spectators with special needs, designated, secure areas are available along the parade route. Contact Hospital Audiences, Inc. at 212-575-7660 for details.

Can’t make it to the parade? You still can watch the live broadcast on NBC. The telecast features an hour of entertainment in front of Macy’s Herald Square, which includes performances by the Radio City Rockettes and casts of current Broadway shows.

The free Macy’s Thanksgiving Day Parade mobile app gives fans the chance to interact with the march, learn more about the elements, see behind-the-scenes previews and try the Elf-o-matic, which transforms users into an Elf balloon. Available via iTunes or Android. 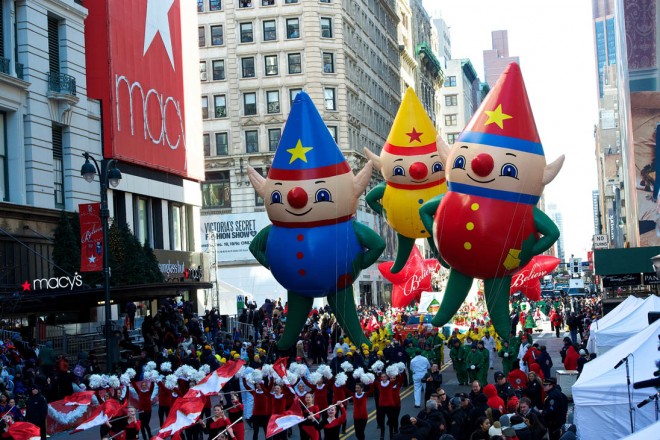 Visitors can get relatively close to the giant helium balloons as they spring to life while being inflated (from 3pm to 10pm at the American Museum of Natural History). You can enter the special balloon inflation areas surrounding the museum beginning at 79th Street and Columbus Avenue. 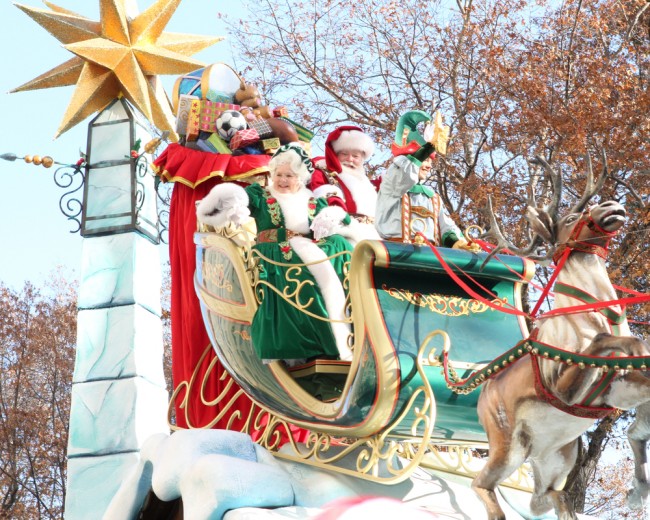 Santa delivers the holidays to NYC! Photo by JStone (Shutterstock)

Have you been to the Macy’s Thanksgiving Day Parade (or marched in the parade)?  Tell us about your favorite memories in the comments below.