By Walks of New York on May 2, 2012 in Explore NYC, Neighborhoods

Cinco de Mayo is only a few days away, and there are plenty of places in NYC to enjoy a Margarita, chips, and salsa under red, white and green streamers.  But for a unique cultural experience (and truly authentic food), explore one of NYC’s newest ethnic communities: East Harlem’s “Little Mexico.” 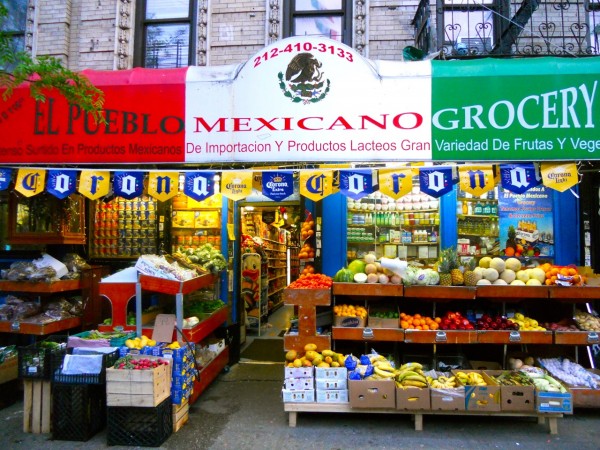 East Harlem has been called Spanish Harlem or “El Barrio” since the 1940s, when waves of immigrants from Puerto Rico settled in the neighborhood (previously a working-class Italian community).  The area suffered from urban blight from the 1960s – 1990s, when its crowded tenements were crumbling, and poverty and crime were pervasive.  In the 1990s an influx of Mexican immigrants began moving in, and today there are an estimated 50,000 Mexicans living in East Harlem.  Businesses that have opened to serve the community are revitalizing the district, now known as Manhattan’s “Little Mexico.”

Little Mexico is centered on East 116th Street, between Park and 1st Avenues, with “el centro” between 2nd and 3rd Ave.

Along East 116th, and spilling onto the intersecting avenues, are bodegas stocked with staples of Mexican kitchens like fresh peppers and cilantro, queso fresco, tortillas, chimichurri and mole, and dried chilies.  They also sell Mexican snacks, sodas, and beers.  You can even pick up a piñata.

There are bakeries selling brightly colored cakes for birthdays and quinceanera fiestas, and modest panaderias filled with the aroma of fresh Mexican sweet breads and pastries.

Among the food shops are discount clothing stores, barbershops, floristerias, and stores stocked with Mexican DVDs and CDs of mariachi or Mexicano pop.  Serving the community are small medical and dental centers, travel agencies selling tickets to Latin America, and storefronts with booths for international phone calls, internet stations, and wire transfers to Mexico.

If chowing is your focus (and why wouldn’t be?), there are many options for inexpensive cuisine, prepared by Mexican cooks for the Mexican community.  In addition to simple restaurants, there are taquerias, and cuchifrito shops selling Mexican staples like tacos, burritos, and tortas (sandwiches) filled with grilled beef, carnitas (pork), chorizo, lengua (beef tongue), or Mexican goat.  Beverages include aqua frescas (fresh fruit punches), batidas (shakes made with combinations of fruits), and, of course, Mexican cervazas (beer). 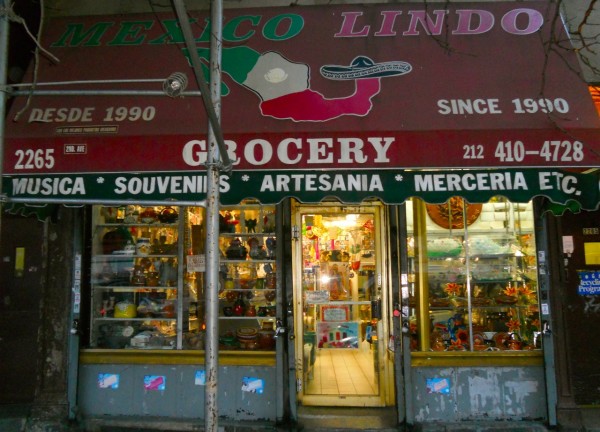 Cinco de Mayo will be a festive weekend in Little Mexico, as most of the immigrants are from the central Mexican states of Hidalgo and Puebla, where the holiday originated.  On May 6, 2012, NYC’s Cinco de Mayo Parade will take place on Central Park West between 106th and 97th Street, beginning at noon.

Church of St. Paul – this large church in the shadow of the rumbling Metro North train line, is a center for the Latin community.  Inside are stained glass, a soaring wood vault, and shrines to the patron saints of Latin America. 113 west 117th St. 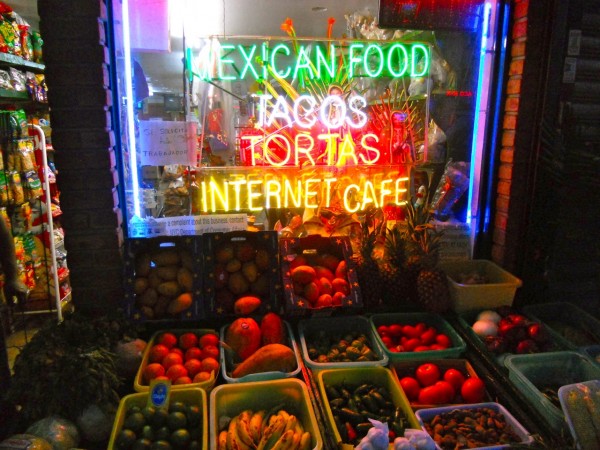