By Walks of New York on September 9, 2013 in Explore NYC, Landmarks 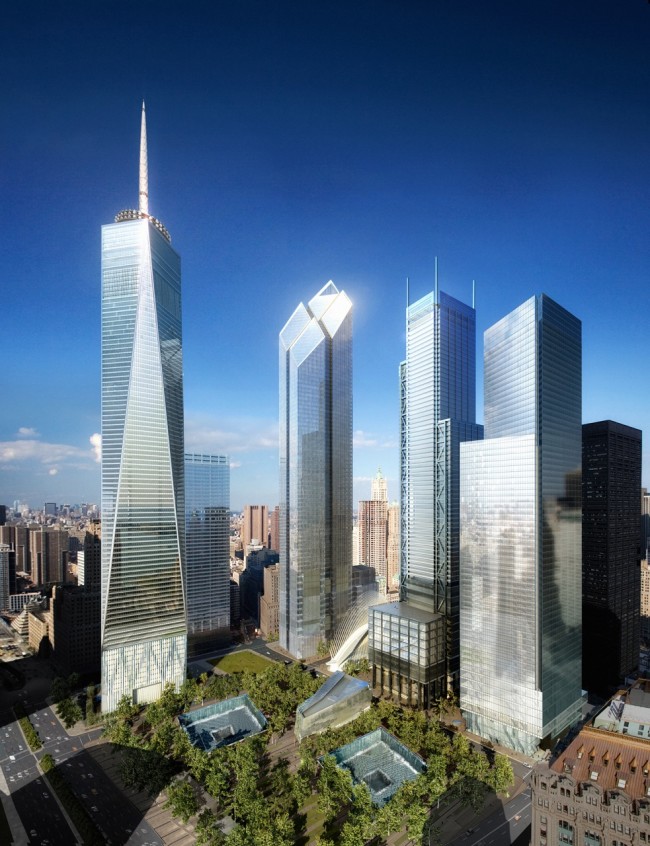 The World Trade Center was an integral part of NYC before it was destroyed by the terrorist attacks on September 11, 2001.  The violence of the attacks, loss of so many innocent lives, and the massive physical devastation were deeply traumatic to New York City.  But after a decade the eyesore known as “Ground Zero” now features a place of remembrance and a new World Trade Center is rising on the site. 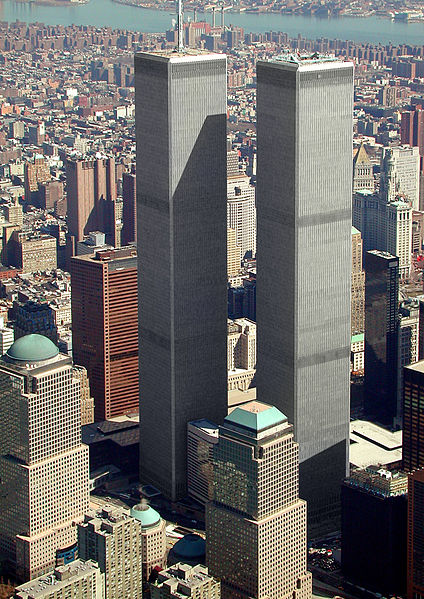 The World Trade Center was a complex of seven buildings on a 16-acre “superblock” of Lower Manhattan.  The center, which opened in 1973, included a pair of 110-story twin tower office buildings that were visible throughout the city and a familiar element of NYC’s skyline.  Approximately 50,000 people worked in the “Twin Towers” daily and another 200,000 visitors were drawn to the sweeping views from the tower-top Observatory and Windows on the World restaurant.

On the morning of September 11, 2001 terrorists flew hijacked passenger planes into the Twin Towers.  The towers were destroyed and the center’s other buildings were so badly damaged they had to be demolished.  2,753 people were killed by the attack.  More information about the events of 9/11 can be found here.

After nine months of grueling cleanup and recovery, the former WTC remained a construction site known as “Ground Zero” for a decade.  Now, with the 9/11 Memorial open and five new office towers slated to open soon, the new World Trade Center is finally becoming a reality. 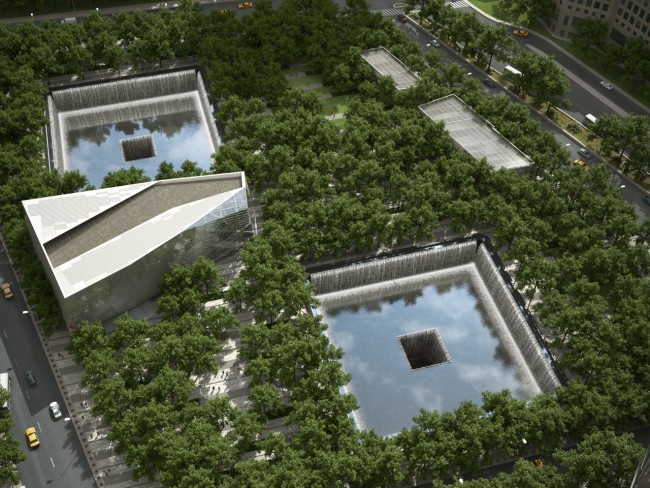 The 9/11 Memorial  – the centerpiece of the World Trade Center.  2981 names of those who perished in the attacks are etched into bronze panels that surround two reflecting pools set in the footprints of the former Twin Towers. The memorial will also include the 9/11 Museum, scheduled to open in 2014.  A guide to the memorial and visitor information can be found here. 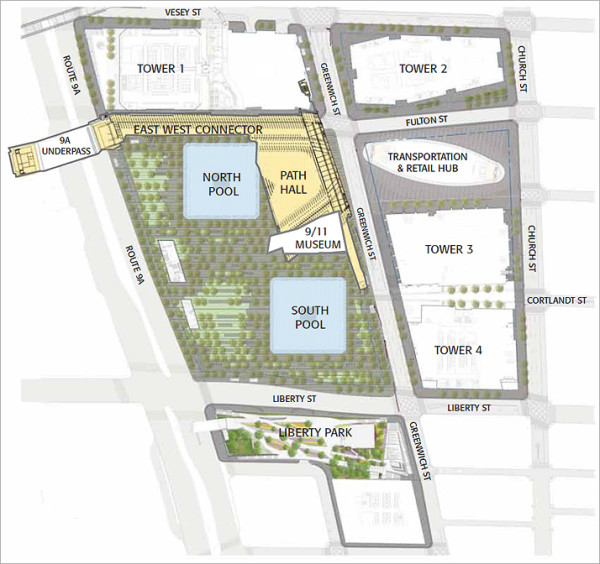 2 WTC – An 88-story tower with a diamond-shaped summit that will be the second-tallest skyscraper in NYC.  2 WTC will contain five levels of retail, four trading floors, and 60 office floors.  At the time of writing, there is no construction start date.

3 WTC – Rising eighty stories, the tower will include five levels of retail at and below ground level. Scheduled completion in 2016.

4 WTC — This office building will face directly onto the WTC Memorial Park from the west.  The 72-story tower consists of two retail levels below ground, ground floor retail, and three retail levels above ground. The remaining floors are set aside for commercial offices.  Official opening in November 2013.

5 WTC – This 40-story tower will stand on the site currently occupied by the remains of the Deutsche Bank building, which was irreparably damaged by the attacks of 9/11.

7 WTC  – Opened in 2006, the rebuilt 52-story office tower is home to several financial and publishing firms. The tower was certified at gold status under Leadership in Energy and Environmental Design (LEED)-rating system, making it the first green commercial office building in New York City.

All buildings are designed with safety systems that exceed NYC building code and all will strive to achieve the Gold standard under the Leadership in Energy and Environmental Design (LEED) by the U.S. Green Building Council. 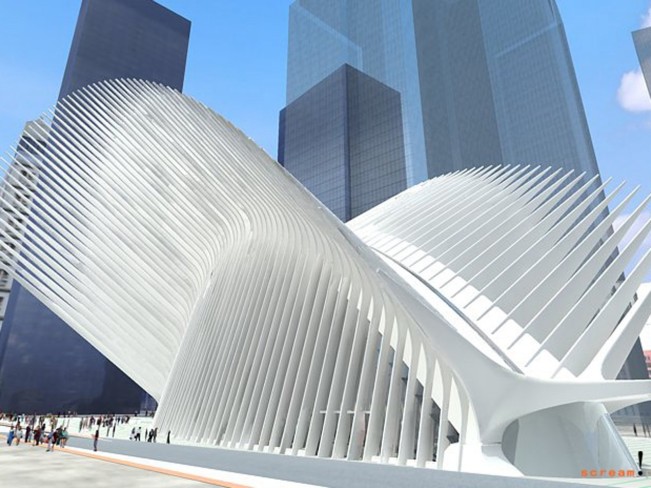 Transportation Hub – With a striking architectural design, the transportation hub will feature retractable 150-foot-high, glass-and-steel “wings” that will allow natural light to pass through to the rail platforms 60 feet below street level. Via a network of underground concourses pedestrians also will be able to access the WTC office towers, Hudson River ferry terminals, the World Financial Center, PATH trains, and 13 subway lines.  Scheduled to open 2015.

Performing Arts Center – a 1,000-seat performing arts center to be designed by famed architect Frank Gehry.  The Joyce Theater will be the sole permanent resident, although the building may occasionally be used for other events, like the Tribeca Film Festival.  Construction cannot start until opening of the new Transportation Hub as the site is occupied by the temporary exit from the PATH train.

The fencing around the WTC site is due to begin coming down as early as November 2013 with the opening of 4 WTC.  As further buildings and projects are completed, fencing will be removed, leaving the complex open and accessible to the public.

For more information about the new WTC, see the complex’s website.