Every December 31st people from around the globe gather in the Crossroads of the World to join a massive party: New Year’s Eve in Times Square.  As many as a million people crowd into the cavernous square, joined by over a billion world-wide who watch the live telecast.  Musical performances, pyrotechnics, a blizzard of confetti, and the climactic countdown to midnight are a thrilling way to ring in the New Year. 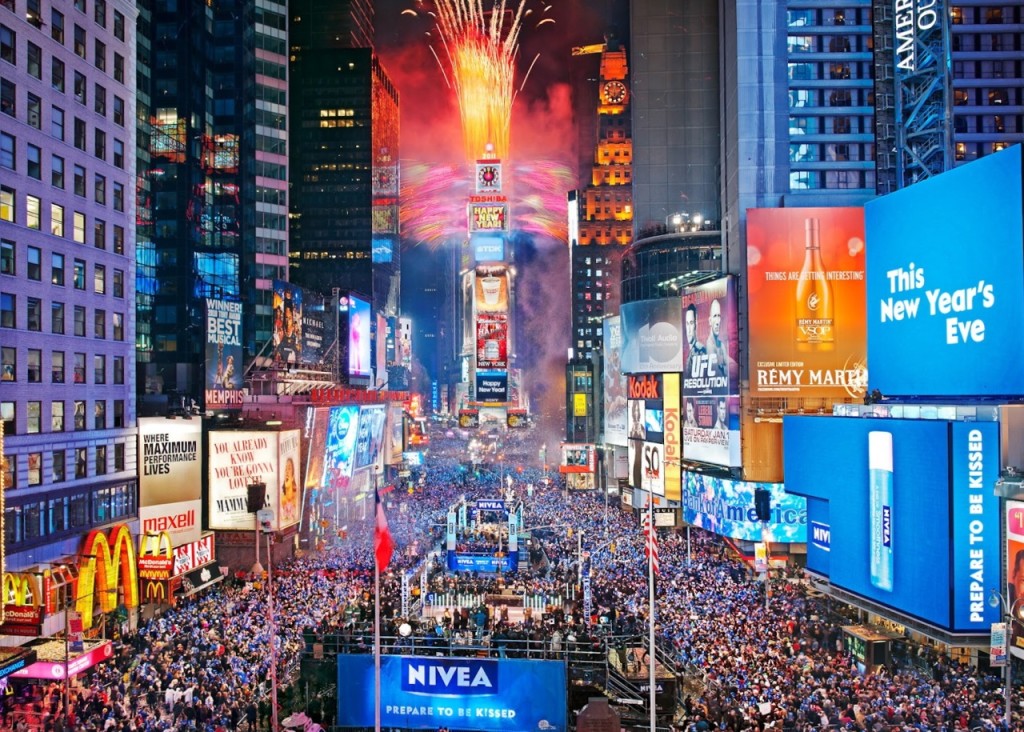 New Years celebrations have taken place in Times Square since 1904, when Alfred Ochs, owner of The New York Times (for whom “the square” was named) threw a New Year’s party to commemorate the newspaper’s new headquarters – The Times Tower. 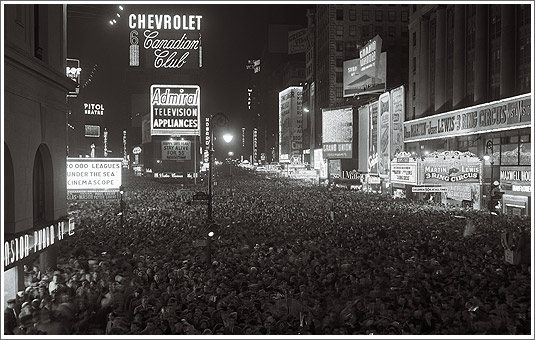 200,000 people attended that day-long street festival, which culminated in fireworks.  In 1907 the fireworks were banned, so Ochs installed a 700-pound ball that was lowered from the tower’s flagpole at midnight.  Every New Year’s Eve since, people have gathered in Times Square to watch the ball drop and celebrate the coming of the new year.

Here’s a great video on the celebration’s history, as well as info about the New Year’s Ball. Historic video 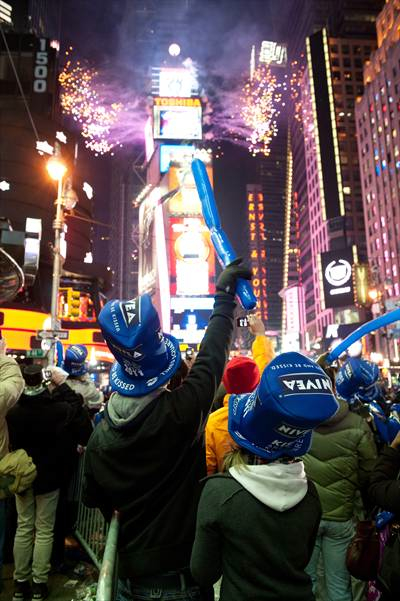 Afternoon – Revelers begin arriving in Times Square (prime viewing areas are often filled by 3:00pm). By approximately 4:00pm, the center of Times Square will be closed to traffic. NYPD will also begin closing side streets (beginning at 43rd and moving north) between 6th & 8th Aves., setting up security check points.

6:00pm – Opening Ceremonies begin, including the lighting and raising of the New Year’s Eve Ball above One Times Square and special pyrotechnics.

6:57pm – First of the hourly Countdowns.

11:59pm – The Countdown – the New Year’s Eve Ball descends 77-foot during the final countdown to the New Year.

12:00am  – The New Year – A flurry of colorful confetti will rain down on Times Square, along with Pyrotechnic Effects.

If you’re planning on going to Times Square, bear in mind…

The new Times Square Ball App is a free mobile application (IOS & Android) that will feature a commercial-free six-hour live stream of the celebration. It also allows users to send personalized New Years greetings via Facebook, Twitter and email, compete to have their personal photo displayed on the Toshiba Vision sign (just below the New Year’s Eve Ball), and feature lots of information about the Times Square New Year’s Eve Celebration, including the history, news, weather, photos, relevant maps, and live show schedule.

While in the Visitors’ Center, check the confetti Wishing Wall, where visitors can write wishes for the upcoming year to be added to the two tons of confetti that will fall on Times Square at midnight on New Year’s Eve

Have you ever been amongst the million in Times Square on New Year’s Eve? Do you hope to attend? 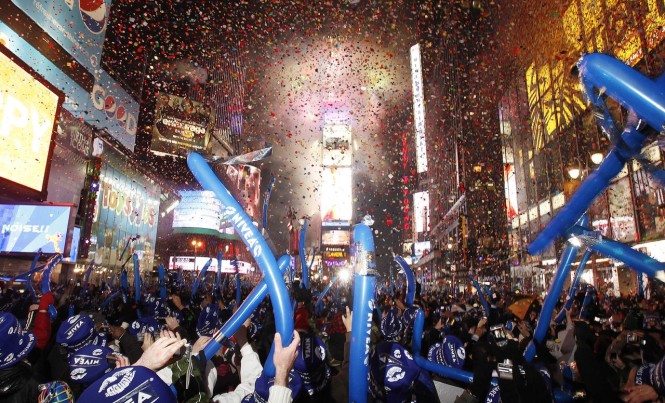