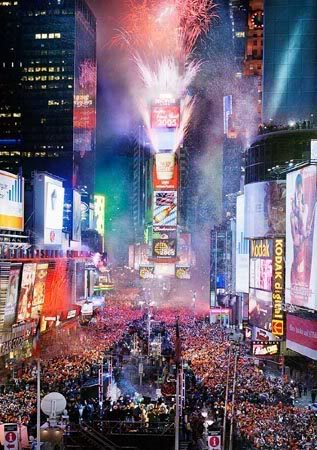 Every year on December 31, people from around the globe gather in the Crossroads of the World to join a massive party: New Year’s Eve in Times Square.  As many as a million people crowd into the square, joined by over a billion world-wide watching the live telecast.  Musical performances, pyrotechnics,  colorful confetti, and, of course, the countdown to midnight while the famous ball drops are a thrilling way to ring in the New Year.

New Years celebrations have taken place in Times Square since 1904, when Alfred Ochs, owner of The New York Times (for whom the square was renamed) threw a New Year’s party to commemorate the newspaper’s new headquarters – The Times Tower.  200,000 people attended that day-long street festival, which culminated in fireworks.  In 1907 the fireworks were banned, so Ochs installed a 700-pound ball that was lowered from the tower’s flagpole at midnight.  Every New Year’s Eve since, people have gathered in Times Square to watch the ball drop and celebrate the promise of a new year.

Here’s a great video on the celebration’s history, as well as info about the New Year’s Ball. Historic video

6:00pm – Opening Ceremonies begin, including the lighting and raising of the New Year’s Eve Ball above One Times Square.

7:10pm – Colorful hats and balloons are distributed to the crowd (along with lip balm to prepare for that midnight kiss) 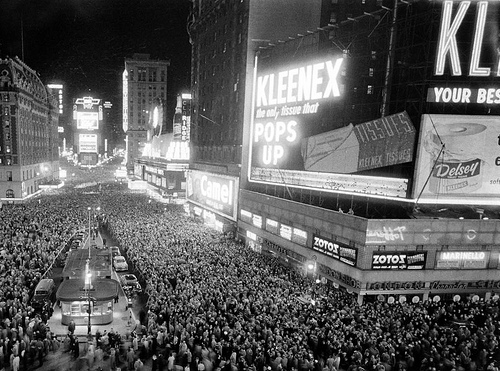 11:59pm – The Countdown – Lady GaGa and NYC Mayor Michael Bloomberg will push the button that begins the 77-foot descent of the New Year’s Eve Ball and lead the final countdown to the New Year.

12:00am  – New Year’s Day – A blizzard of colorful confetti will rain down on the Square, along with Pyrotechnic Effects.

If you’re planning on going to Times Square, bear in mind…

No tickets are required.  The event is free of charge and open to everyone on a first-come basis.

Your chance of getting a viewing spot near the Ball (Broadway & 43rd Street) increases the earlier you arrive.  The blocks will be closed off as they fill up northward, street-by-street, as the police deem necessary.  If you’re arriving by vehicle, you may not have access between 6th & 8th Aves. from 42nd to as far as 57th streets.

No alcohol, large bags or backpacks will be allowed.

The only public restrooms “officially” available are at the Times Square Visitors’ Center (7th Ave & 47th St), which is scheduled to close in the afternoon.  There will not be any portable restrooms.  (Think twice before you drink that Venti coffee or celebratory pint.) While there are businesses with restrooms (Starbucks, McDonald’s, Toy ‘R Us, etc.), you will not be able allowed to reenter a viewing area once you leave.

There will not be any Street Vendors selling food.  Most nearby restaurants and delis will be open, but again you won’t be allowed to reenter your viewing area.

The police will set aside a viewing area for the disabled, located on the northwest corner of 43rd Street.  However, this area will fill up quickly, and it is advised that disabled visitors arrive early in the day. 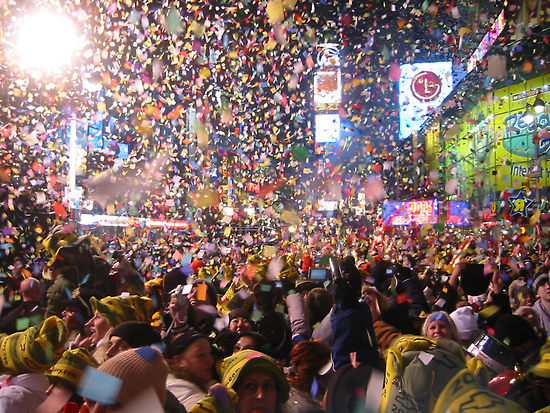 Where Did Santa Come From? New York!
The Best of (Traditional) New York Food