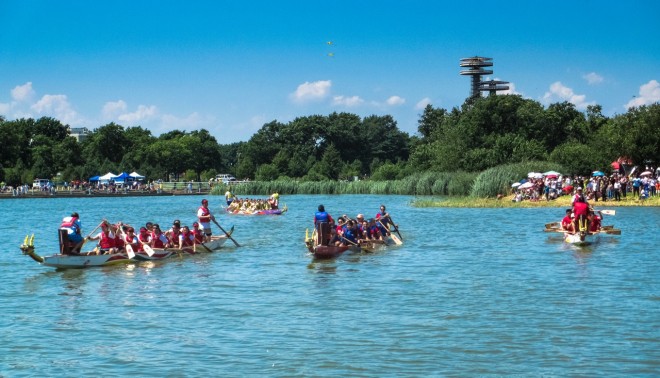 The festival takes place in Flushing Meadows Corona Park, the sprawling park in eastern Queens that was the site of two World’s Fairs.

Subway: take the #7 Train to the CitiField stop. At the station, transfer to special MTA shuttle buses that go directly to the Festival site. You can also walk from the subway stop (about 15 minutes) or take the park trolley to the site. 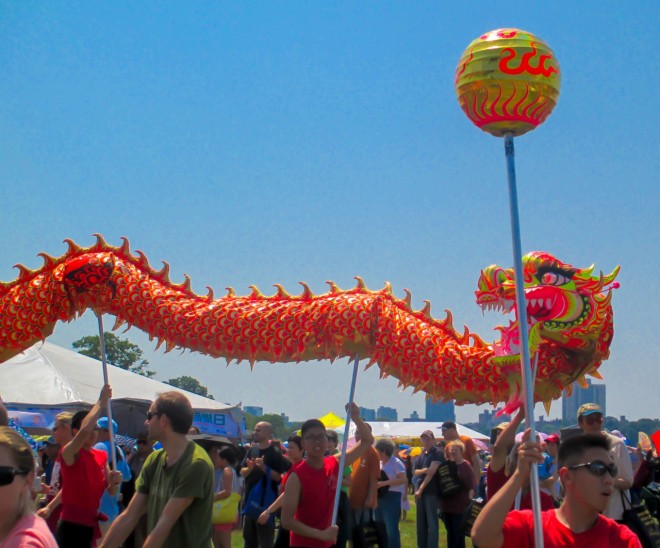 Dragon Boat racing is an annual Chinese rite that commemorates patriot-poet Qu Yuan (340-278 BC). Hearing his homeland had been invaded, Qu Yuan leapt into the Ni Lo River in despair. According to legend, local fishermen raced on the river to save him, beating their drums and splashing their paddles to protect him from water dragons.

Today the Dragon Boat Festival is celebrated each year on the fifth day of the fifth lunar month. Four days before the festival begins, the dragon boats are taken from their resting places and their heads and tails are attached. They are then ritually blessed by a Buddhist monk and brought to life before the races by having their eyes dotted in red paint.  After the races, it is customary to spend the day enjoying street theater, traditional Chinese dance performances, and martial arts. More information about the legend, rites and dragon boats can be found here. 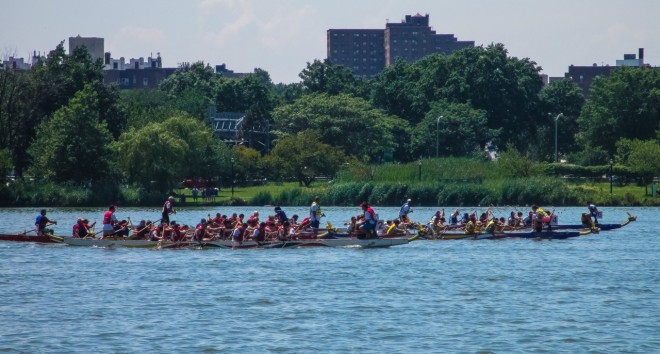 New York maintains the ancient tradition of Dragon Boat Racing on Flushing Meadow Lake (NYC’s largest). The race features special teak boats (custom-made by craftsmen in Hong Kong) colorfully painted with a dragon head and tail.  A crew of 18 paddlers, a drummer and a steer person pilots each boat.

The races draw over 50,000 spectators and more than 188 teams from across the U.S. and Canada.  Local racing teams include crews from the NYPD, NYFD and NYC Parks Department.  There are also teams from Health Care and Education sectors, corporate teams, and women, youth and charity races.

Racing starts at 9:00 a.m. and events last throughout the day until approximately 5:00 p.m. each day.  Check here for racing schedules. 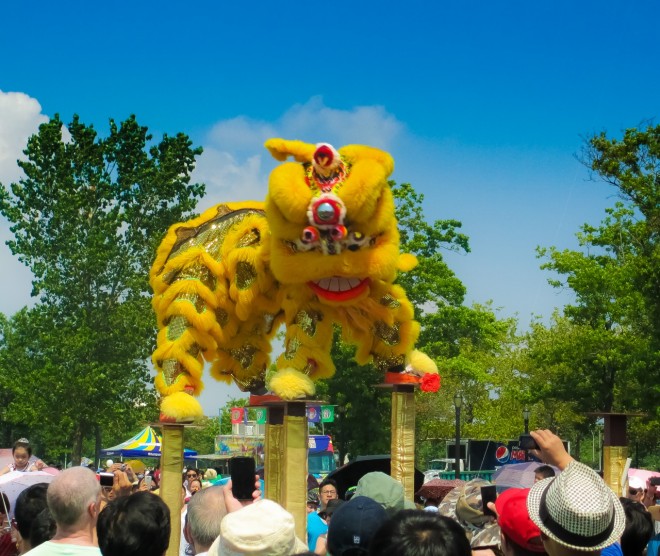 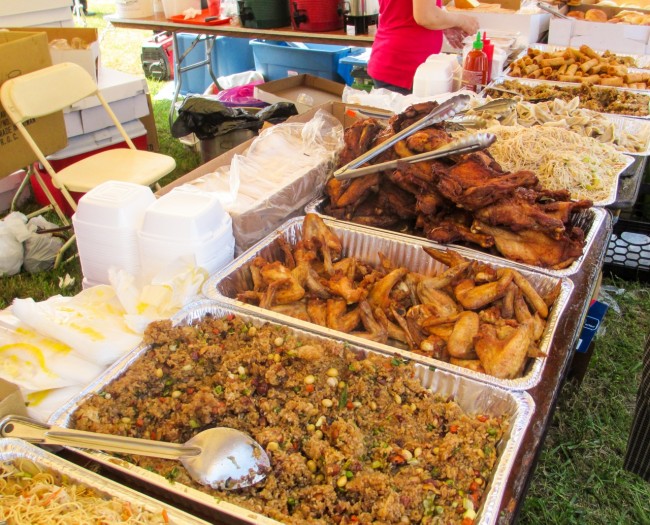 The grand multicultural festival kicks off on Saturday, Aug. 9th with a parade and ceremony at noon.  On both days the Main Stage will feature presentations of traditional Chinese arts, Dragon and Lion dances, martial arts demonstrations, circus arts, musical ensembles and dance troupes. There will also be demonstrations of folk arts and crafts. The festival includes corporate and non-profit booths offering games and giveaways. 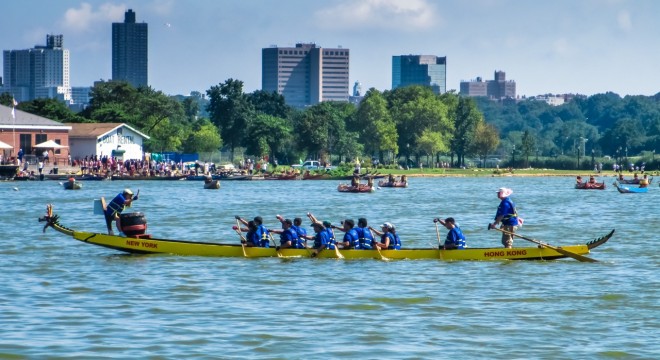 What your favorite NYC Cultural Festival? Tell us in the comments below.