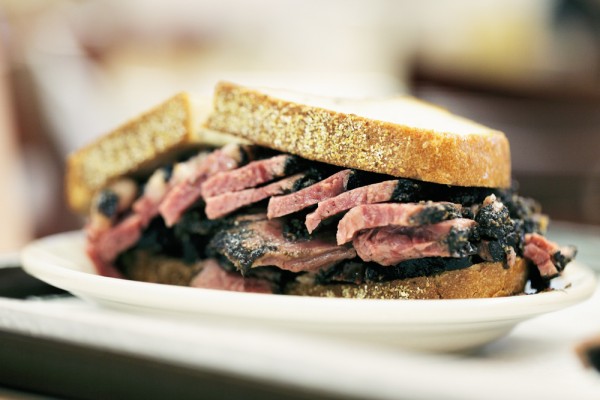 One classic (and delicious!) New York food: pastrami on rye

New York cuisine is among the world’s best—not to mention most varied and international! But if you’re looking for a taste of old New York, here are the best New York food treats to try. 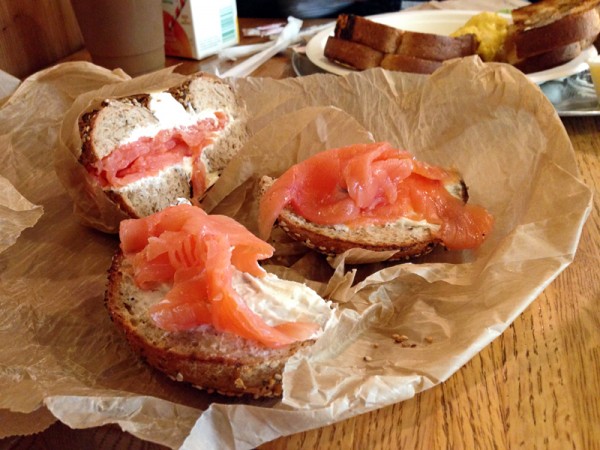 Bagel with lox and a schmear—a New York delicacy. Photo by Amanda Ruggeri

Bagel: This bread ring resembles a doughnut. But it’s not! It’s traditionally boiled, rather than fried or baked, to create a crusty exterior and soft, chewy center.  In New York, adding a thick glob, or “schmear,” of cream cheese is a must. (There’s usually a variety of flavors to choose from!). Lox (smoked salmon) is a popular choice, too. Or you can go with simply some butter. Bagel sandwiches have become popular, too… and give you the excuse to have a bagel when it’s no longer breakfast!

Hot dog: Since the 1860s, when sausages served in a bun were first sold at Coney Island, hot dogs have been a staple of New York cuisine. They’re the perfect inexpensive, “on-the-go” food for those in a rush (which is everyone in New York!). Popular toppings include mustard, ketchup, relish (minced pickle), or sauerkraut. Hot dog carts serving boiled wieners abound on Manhattan’s streets and in the city’s parks. 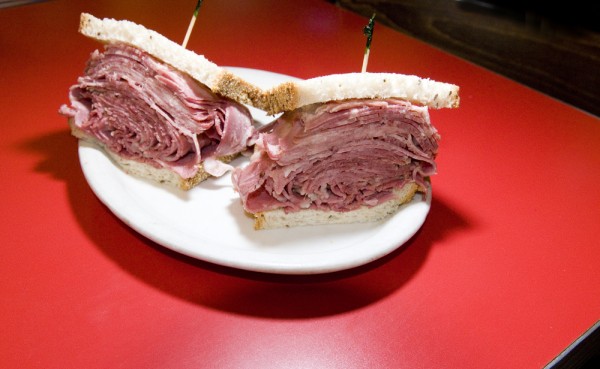 Pastrami, corned beef, or brisket sandwich on rye: These meaty sandwiches used to be available everywhere in New York (although especially on the Lower East Side), thanks to the ubiquity of authentic Jewish delicatessens. These days, the number of delis are dwindling, but they can still be found—as can their classic food staples, like these sandwiches.

Matzo ball soup: Another Jewish specialty, and one seen in delis and diners across New York.

Knishes: These dumplings, made of dough stuffed with potato, cheese, or meat and then fried or baked, are a staple of Jewish New York cuisine.

Latkes: While traditionally eaten by Jews during Hanukkah, you can find latkes year-round at New York’s authentic delis.

Pizza: New York pizza, characterized by being oven-baked and with a thin crust, is justifiably renowned.  It’s the ultimate fast food, and “grabbing a slice” is a common treat for New Yorkers. Pizzerias are found everywhere throughout the city, and gourmet pizza restaurants are so popular, it can be difficult to get a table!

New York cheesecake, just one delicious food to try in the city. Photo by Amanda Ruggeri

Cheesecake: This creamy, rich pie has been a staple of New York City restaurants for almost a century. While many varieties of cheesecake are popular throughout the world, dessert aficionados seek our authentic New York-style cheesecake. Great pies (cakes?) can be found at Juniors, Carnegie Deli, and Ellen’s Special Cheesecake. 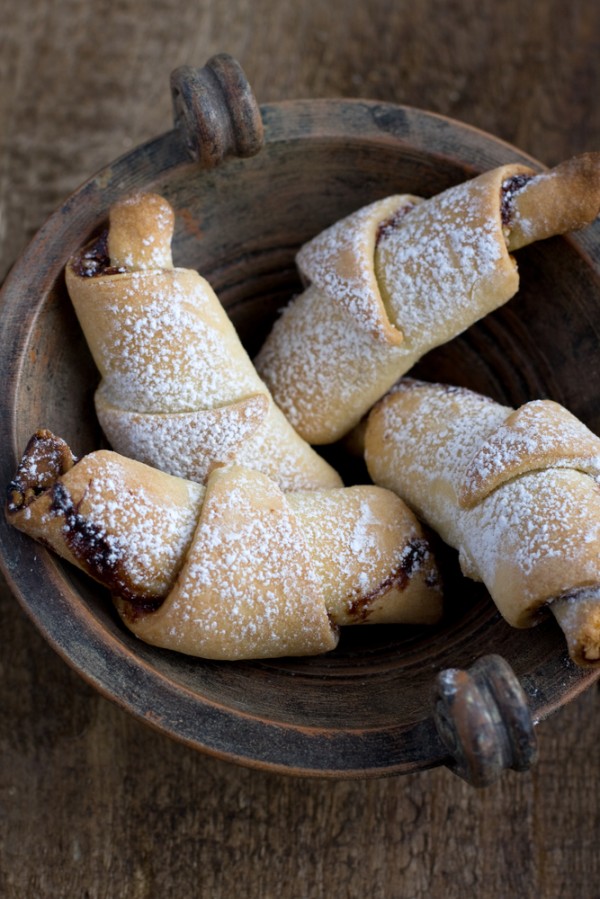 Black and white cookies: These soft, spongy cookies are dipped half in vanilla icing, half in chocolate. It’s a particularly “New York” sweet treat.

Babka: A sweet cake with its origins in eastern Europe, babka today is a staple pastry across New York’s bakeries.

Rugelach: This sweet, crescent-shaped dough rolled around a filling—which can include raisons, walnuts, or chocolate, among other options—is the perfect accompaniment to a cup of (New York) coffee. (We love Zabars and William Greenberg Dessert for New York pastries like rugelach).

Egg cream: While not always easy to find anymore, for years, this was the staple of New York soda fountains. (It’s thought that the drink was invented in Brooklyn). The drink is made up of milk, soda water, and vanilla or chocolate syrup. Today, you can find great egg creams at Ray’s Candy Store in the East Village are highly recommended.

Tell us in the comments: Which of these New York foods are your favorites? What did we miss?