Best Things to do in NYC: Visit Grand Central Terminal 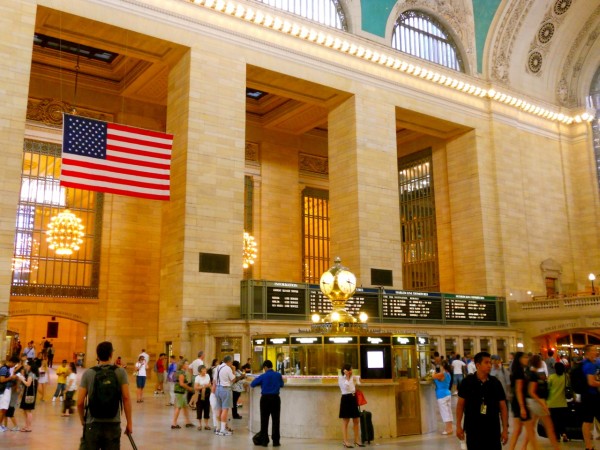 New York’s Grand Central Terminal isn’t just a train depot—it’s the symbol of a bygone era and one of the most popular attractions in the world. But just because you’ve seen this iconic place in pictures and movies, don’t think that you know everything about it. The titanic train station is sitting on a treasure trove of stories and architectural oddities that will titillate any visitor. Even if you don’t take a train to Manhattan, seeing Grand Central station is one of the best things to do in NYC.

Located in midtown Manhattan, Grand Central covers three city blocks (East 42nd to East 45th St. and Vanderbilt to Madison Aves).  A commuter railroad and five subway lines converge at the terminal… as do more than half a million commuters daily.

Read on to find out more about Grand Central Terminal, its history, and what not to miss!

A terminal was first built here in 1871—but a terrible train collision led the city to mandate that train lines be electrified. (Before that, they’d been coal-burning, leading to not only accidents, but smoke, soot and noise).

Grand Central Terminal, opened in 1913, was built on the same spot that housed Cornelius Vanderbilt’s railroad network, The New York Central. The electrified lines were buried, and above them sprung a highly-desired location: Park Avenue.

but going to the station wasn’t always one of the best things to do in NYC. Despite being one of the world’s great public spaces, Grand Central was allowed to deteriorate. Badly. It even was scheduled for demolition in the 1960s! Luckily, an outcry from determined New Yorkers (including Jacqueline Kennedy Onassis) led to landmark protection.

Through the 1980s and 90s, the terminal underwent badly-needed restoration, returning it to spectacular condition.

What to see in Grand Central Terminal 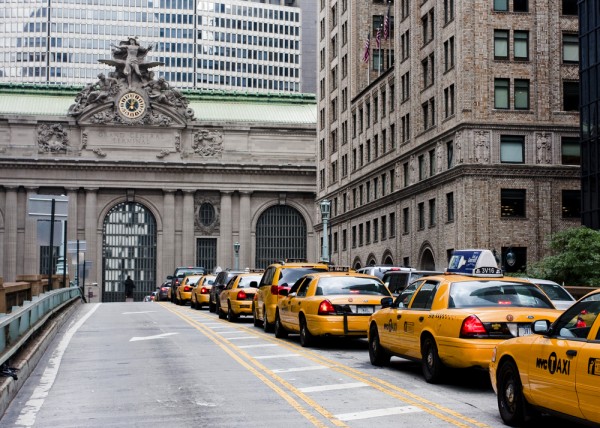 Entrance to the Grand Central Terminal, with the sculpture of “Transportation” above the entrance

From the south side of 42nd Street and Park Avenue, take in the colossal façade of Grand Central. Above the three enormous arched windows is Jules Coutan’s 50-foot sculpture “Transportation,” featuring Mercury (god of speed), flanked by Minerva and Hercules (representing wisdom and strength). The clock beneath them is 13 feet in circumference, and the largest work of Tiffany glass in the world!

Also note the viaduct roadway bridging 42nd Street, which diverts traffic around the sides of the terminal.

Entering the terminal though its central doors, you’ll pass through Vanderbilt Hall—once the main waiting room.  The large nickle and gold-plated chandeliers feature bare light bulbs, intended to showcase the use of electricity (a novel luxury in 1913!). This area is often the site of special events, including the annual holiday fair of artisan boutiques. 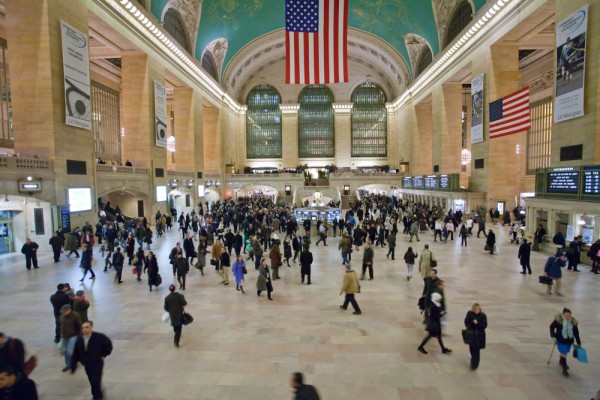 Continue into the massive main concourse, the heart of the terminal. At its center is the circular “Information Booth,” topped by Grand Central’s second, and even more famous clock. This four-sided timepiece is considered the Grand Central Station clock and is one of the most iconic attractions in New York. The clock has  been a popular meeting point for nearly a century.  Its solid brass tower of this iconic timepiece houses four clock faces made of opal and is valued between $10 and $20 million!

Look up (125 feet up!) to the Grand Central Station ceiling and its spectacular mural of the zodiac and 2,500 stars.  Designed by artist Paul Helleu and painted in gold leaf, the 60 largest stars mark the constellations and are illuminated with fiber optics.  Astrology buffs will note that the depiction is actually backwards.  Here’s an interesting video about how they keep those stars twinkling. 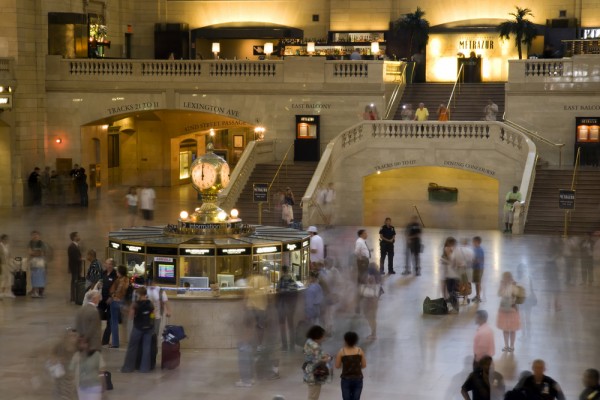 The marble Grand Staircases were modeled after those of the Paris Opera.

Atop the west staircase is Michael Jordan’s Steakhouse (one of the many Grand Central station restaurants) and at the east staircase, installed in 2000, is the Apple Store. Speaking of stores, there are 68 on both sides of the concourse, including Grand Central Market (east) offering delicacies from some of New York’s finest gourmet shops, and an outpost of the NY Transit Museum (west).

Loop around (toward 42nd Street) to the Oyster Bar Ramps, leading to the Lower Level. The ramps meet in front of the landmark Oyster Bar Restaurant (as old as the terminal itself!) in the the Whispering Gallery, one of the coolest secrets of grand central. While people muttering to themselves in corners is not unusual in New York, here, there’s actually a reason! Whisper into one of its corners and you’ll be heard–clearly!—in the diagonal corner across the gallery.

Continuing into the Lower Level, you’ll find the Dining Concourse, offering some of New York’s great food vendors. It’s a good place to nosh, relax at a table or bench, or make use of the restrooms at either end. 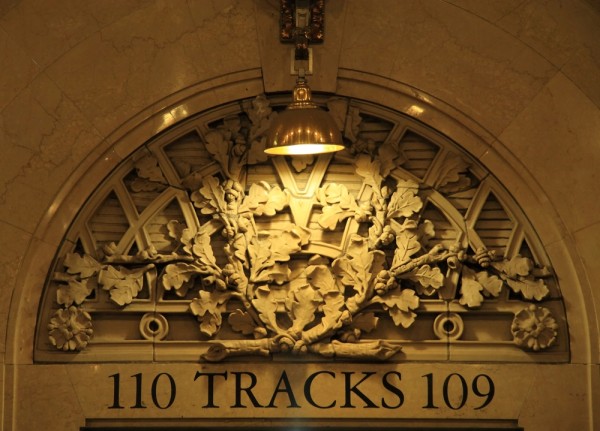 Along the northern wall are 26 railroad tracks (there are 44 upstairs), over which are some amazing sculptural decorations. Note the acorns and oak leaves, which Vanderbilt chose to symbolize the family name!

For information about Grand Central, including events, self-guided tours, and train service, see their website. If you want to know more about the best things to do in NYC, check out our blog.

And, for an elegant cocktail experience, visit the Campbell Apartment.  Once the swank private office and salon of tycoon John W. Campbell, it has been transformed into a chic cocktail lounge. Note: “proper attire” is required (baseball caps, T-shirts, and sneakers are not allowed).

Have you ever been to Grand Central? What did you think? Let us know in the comments!