The Best Jewish, and Kosher, Food in New York

Looking for kosher food in New York? How about non-kosher Jewish specialties?

Luckily, there’s no shortage of Jewish cuisine in the city, including both kosher and non-kosher restaurants and food stores. Much of New York’s Jewish culture stems from the huge influx Eastern European Jews between 1880 and 1920. While “Jewish food” is as diverse as are Jewish populations across the globe, therefore, foods identified as culturally Jewish in New York tend to be those brought by the Ashkenazi from their Eastern European homelands.

Here are some of our favorite Jewish restaurants and food stores in the city, including kosher establishments! (And don’t miss our post on the best delis to find more traditional Jewish food in New York!). 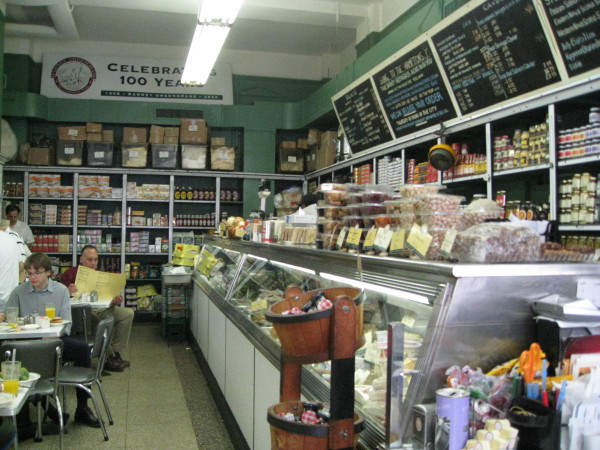 Gottlieb’s Restaurant: A longtime favorite in Williamsburg, Brooklyn, this kosher spot serves great deli sandwiches, grilled meat entrees, classic sides like kishke and kugel, and even, um, Chinese food! This worn-looking institution is a favorite among the neighborhood’s Hasidic Jews, so be respectful by dressing conservatively (i.e. no shorts or sleeveless tops).

Barney Greengrass: The self-proclaimed “Sturgeon King” is renowned for its smoked salmon. Serving breakfast and lunch, popular items at this kosher spot include the Nova Scotia salmon, the sturgeon scrambled with eggs and onion, and the chopped-liver sandwich.

Other favorite Jewish restaurants and bakeries in New York 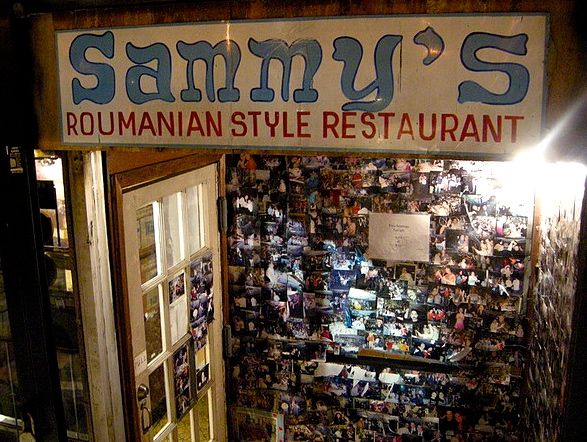 Sammy’s Roumanian Steak House: This tacky, gritty Lower East Side landmark is part cultural immersion, part party. The walls of the 19th-century basement dining room are plastered with photos of past revelers. Most importantly, the chopped liver (homemade schmaltz on the side!), latkes, and grilled steak are delicious… as is the vodka encased in blocks of ice. Expect to pay for the experience: Dining here isn’t cheap.

Cafe Edison: Dubbed the “Polish Tea Room,” Cafe Edison has served up coffee, soups, and Eastern European and Jewish specialties in the Theater District for years. 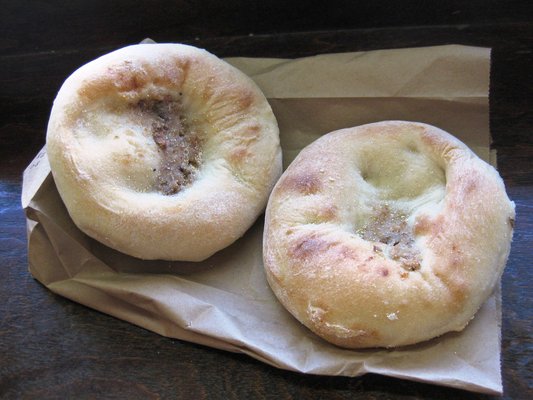 Kossar’s Bialys: The oldest bialy bakery in the nation, Kossar’s handmakes and bakes their own bialys (a Jewish delicacy that’s similar to the bagel, but lighter and without the central hole). They also bake up bulkas, pretzels, sesame sticks and, yes, bagels too.

Pickle Guys: The last remaining pickle shop on the Lower East Side, Pickle Guys cures their pickles in barrels, as per Eastern European tradition. They also make pickled peppers, tomatoes, olives, and, for Passover, fresh horseradish.

Russ and Daughters: This family-run institution has sold fish and dairy products on the Lower East Side since 1914, including smoked fish and cream cheese. They also serve salads, fruits, nuts, and sweets. 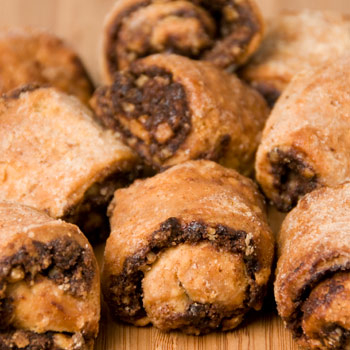 What are your favorite Jewish delicacies and dining spots? Let us know in the comments!