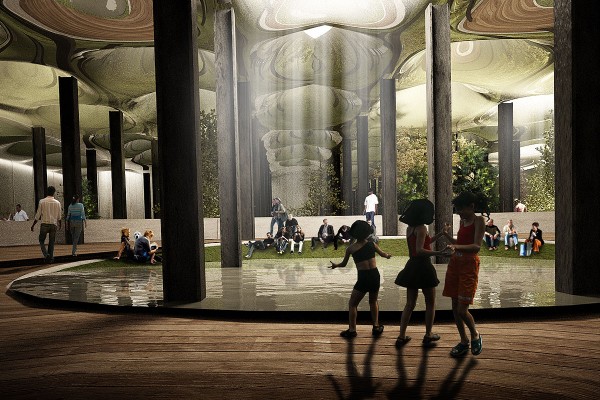 A rendering of the Lowline, New York’s underground park

Nicknamed the “Lowline,” New York’s underground park will be one of the most fascinating parks in the city. When it’s finished, that is.

The idea is a great one. After all, Manhattan is the most densely-populated county in the nation, so space is a limited commodity. In the past, New Yorkers have built upward. But two young designers have devised another kind of solution: the Delancey Underground, a subterranean park. 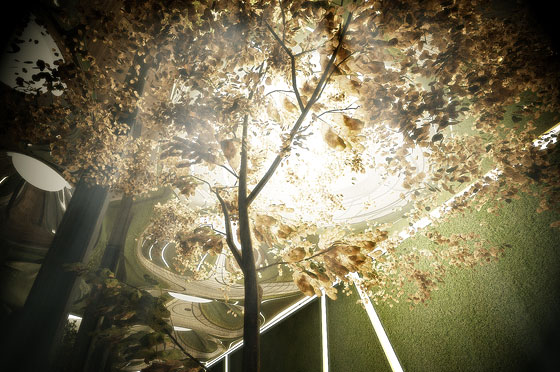 Rendering of light coming through the Lowline.

The plan is to transform an abandoned trolley terminal beneath of the streets of the Lower East Side into a community park… 25 feet underground! Unsurprisingly, the project has been nicknamed “the Lowline”—the joke, of course, alludes  to the overwhelmingly successful piece of urban renewal, the High Line. (Here’s more on Chelsea’s High Line, one of the best parks in New York!).

The trolley terminal here opened in 1903 with the Williamsburg Bridge, and its streetcars transported commuters across the bridge to Brooklyn. The rectangular site is three blocks long beneath Delancey St. (from Essex to Clinton Streets). At approximately 1.5 acres, it’s about the size of Gramercy Park. While the space has been abandoned since 1948, when trolley service ended, and then suffered six decades of neglect, the designers are drawn to its architectural details: old cobblestones, crisscrossing rail tracks, vaulted 20-foot ceilings, and steel columns.

To transform the site, architect James Ramsey and technology entrepreneur Dan Barasch will utilize a technology that will gather sunlight and reflect it underground, where it’ll be dispersed by a solar distributor dish. Thanks to the light’s wavelengths, it’ll even support photosynthesis. Translation: The subterranean park will include plants, trees and grasses. 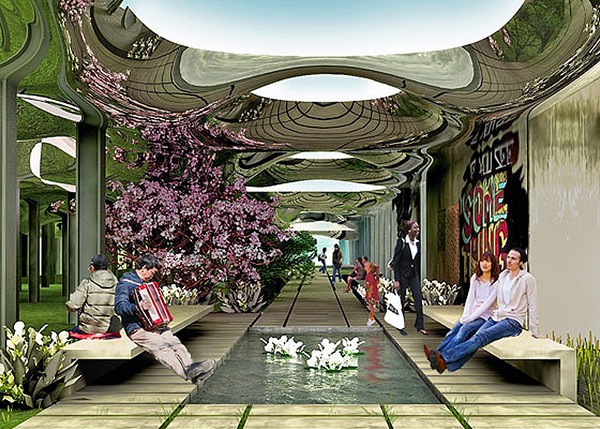 A vision of what New York’s underground park could look like.

The vision is for a place where New Yorkers can relax on the lawn, stroll pop up art installations, and even pick produce from on-site farms. The park will also present year-round programming like art exhibitions, farmers’ markets, educational series, and special events.

A host of city and state agencies still have to approve the project. While the Lower East Side Business Improvement District supports it (after all, a green space is badly needed in the densely-built neighborhood), the Metropolitan Transit Authority (MTA), which owns the site, has yet to sign on.

To that end, Ramsey and Barasch launched a Kickstarter campaign to raise $100,000. Within weeks, they surpassed their goal; to date they’ve raised $155,186 from 3,300 backers. The funds were used for a miniature version of the “Lowline” that opened in September 2012.

Inspired by the success of the High Line, the “Lowline” will be privately funded, a not-for-profit organization creating a public space for the underserved historical community.

For more information on the Delancey Underground, or to donate to the next phase of the project, see their website.