During these dog days of summer, many New Yorkers hope to escape the city.  But while the air can be hot and sticky, it also will be filled with incredible music.  Some of the world’s finest performers will be offering free concerts in outdoors settings throughout the city’s five boroughs. 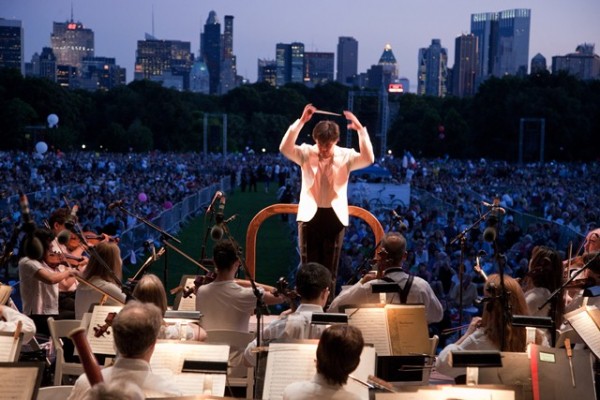 The New York Philharmonic, one of the world’s finest orchestras, will offer free concerts in the city’s parks:

For concert rosters and park information, see the Met’s website. 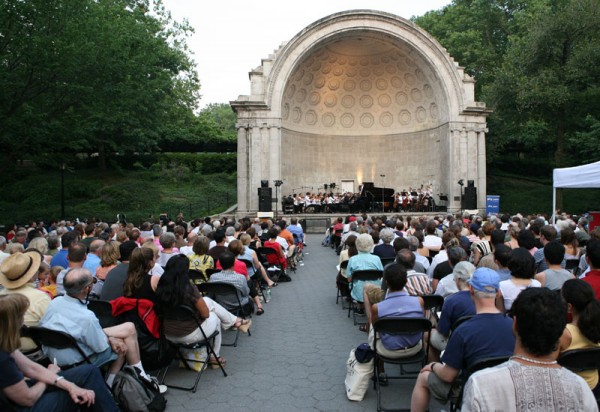 Central Park’s Naumberg Bandshell (located at the north end of the Mall) continues its century-old tradition of presenting free classical concerts to New Yorkers. The programs will begin with The Knights, the acclaimed collaborative orchestra, and conclude with a celebration of Argentine composer Astor Piazzolia.  New York Grand Opera will also take the stage for a performance of Puccini’s “Madama Butterfly.”

Shakespeare in the Park continues its 2012 season with a new production of Stephen Sondheim’s “Into the Woods,” July 23 – August 25.  Tickets are free, and can be obtained by lining up in Central Park or online lottery.  More information can be found here.

Finally, Broadway in Bryant Park will present free lunchtime concerts featuring the casts of Broadway and off-Broadway shows (including a few previews of new shows for the upcoming season).  The concerts take place Thursdays, July 12 – August 16 at 12:30pm. For a roster of shows performing and more details, see the park’s website. 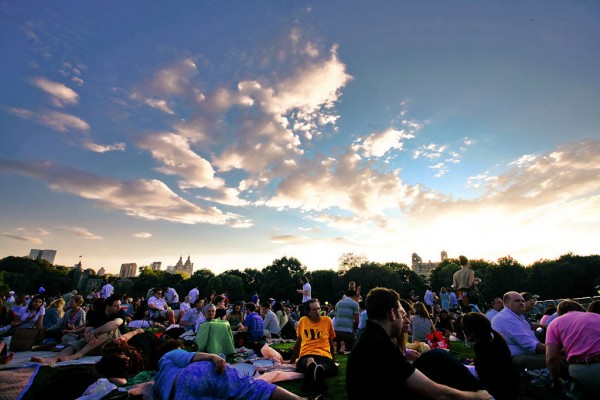