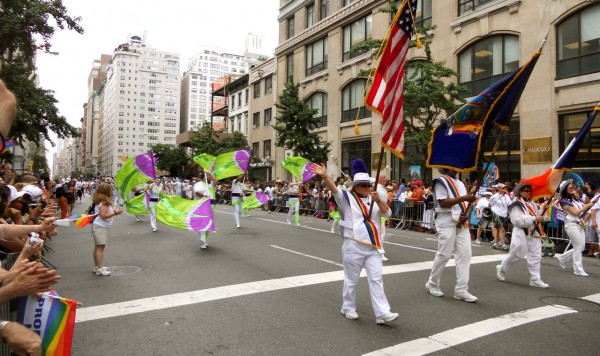 Heritage of Pride, a non-profit, volunteer-managed organization, oversees the March (aka Parade), which commemorates the Stonewall Riots (the 1969 violent resistance to harassment that sparked the national Gay Rights Movement).

The message of this year’s march is “If You Change Nothing, Nothing Will Change,” and the Grand Marshalls are Chris Salgardo (President of Kiehl’s), Cyndi Lauper (a native New Yorker and long-time supporter of equality), and Phyllis Seagel & Connie Kopelov (NYC’s 1st officially married same-sex couple). 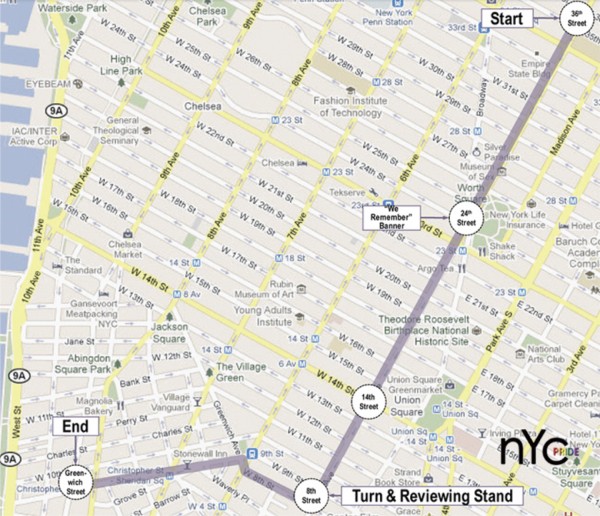 The March begins at noon at 36th St & 5th Ave and continues down the avenue to 8th St, where it turns west and concludes at Christopher and Greenwich Streets.  In addition to marching bands, floats, and flamboyant costumes, marchers will include local politicians, Gay Rights and Support Organizations (Sage, God’s Love We Deliver, The Center, Harlem United, etc.), gay ethnic groups, gay sports teams, faith-based organizations, and the NYPD and FDNY gay organizations.  A fun highlight is the Flaggots, the flag-raving precision drill team. 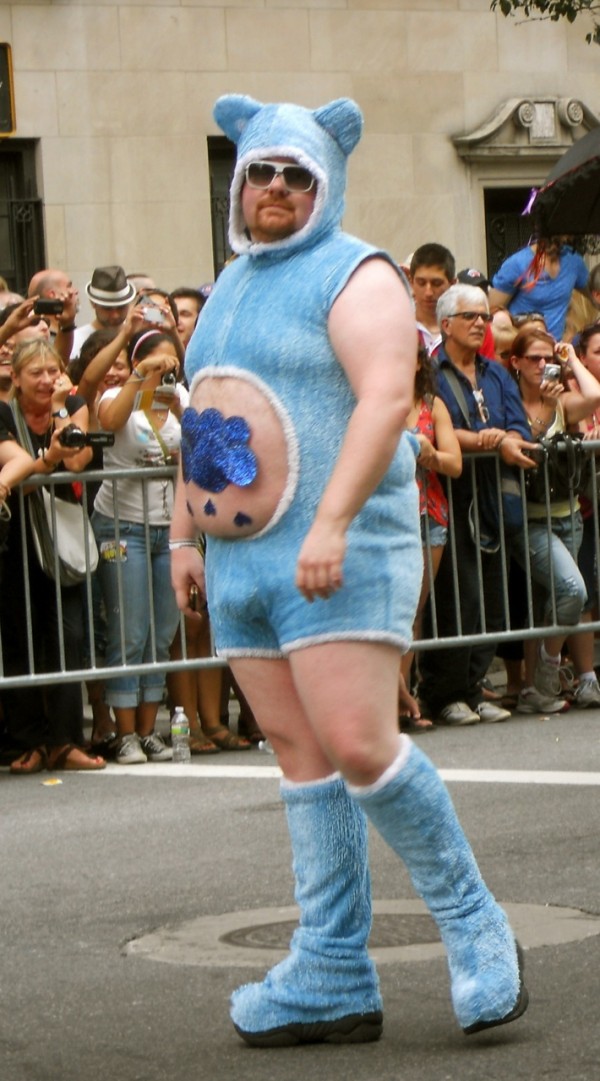 For those planning to join the celebration along the route’s sidelines, HOP recommends bringing, “sunscreen, water, glitter, and elaborate costumes.” (Like you need to be reminded.)

In addition to the March, there will be PrideFest, the free annual LGBT street fair that includes vendors, entertainers, and community activities.  The “Fest” takes place on Hudson Street between Abington Square and West 4th Street from 11am – 6pm.  After the March the Dance on the Pier begins at Pier 57 (15th St at the West Side Highway), 5pm – 2am.  The massive dance party features bars & lounges, celebrity DJs, and surprise pop star performances.

For information on the day’s events, or to purchase ticket to the Dance see the official Pride site.  Or, see HOP’s official guide to Pride Week.

Pride Weekend will include lots of celebrations and parties at bars and clubs throughout NYC.  Check Next Magazine for a roster of the ample events. 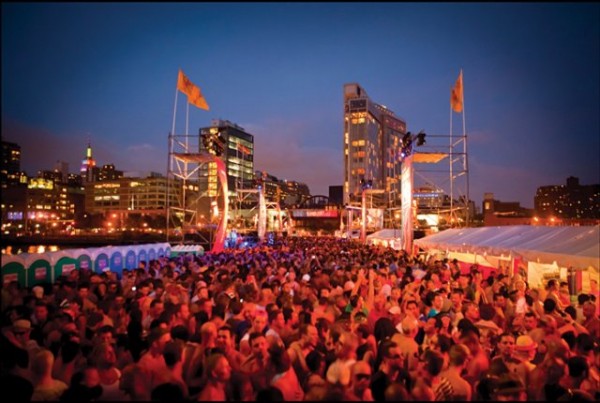