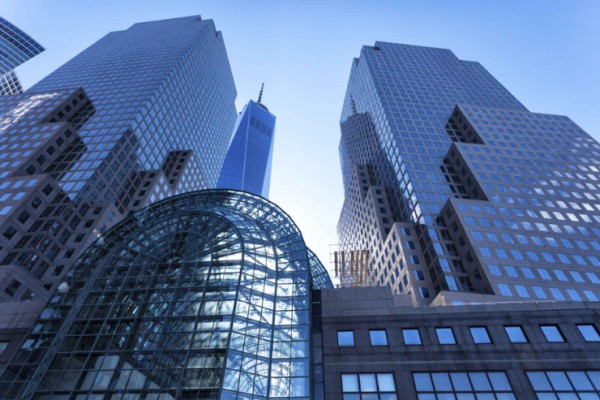 Standing at an impressive 1776ft, a reference to the year when the American Declaration of Independence was signed, the World Trade Centre has become an impressive new feature of the New York skyline. In fact, it is officially the tallest building in the city and the tallest skyscraper in the Western Hemisphere.

A great deal of work has gone into making the new One World Trade Center observation deck a must-visit attraction for tourists. This work was clear to see the minute I stepped through the security screening area and was met with a massive projected map of the world, showing a greeting in my native tongue and a photograph of the NYC neighbourhood where my countrymen settled – impressive stuff!

From this room, I made my way to the aptly named “corridor of pride” which featured a wall of monitors showing video interviews with the people responsible for helping to build the tower. There are some great stories in this room so it’s definitely worth taking the time to listen to them all.

After the corridor there was a wonderful walkway through the bedrock of the building where fascinating facts about the bedrock, and the building itself, were projected in light on the rock. This definitely helped to reassure me that I would be safe walking around the 102nd floor!

From the bedrock walkway, I then entered a room with a series of elevators. I had heard a lot about these elevators prior to my visit so I was excited to see if they lived up to the hype – I was not disappointed! The elevator rockets up a whopping 102 floors in just 47 seconds – the only sign you have even left the ground is the popping of your ears.

Inside the elevator, I was met with three floor-to-ceiling screens which gave the illusion that I was looking out through windows. As I ascended, the view through the ‘windows’ gradually changed to show the skyline of New York City, from its humble beginnings, to the modern day, in an amazing 500 year time-line. This elevator ride to the One World Trade Center Observation Deck, for me, was a major highlight of my visit.

Once the thrilling elevator ride was over, I was led into another room where a video of various scenes of New York City was projected onto a wall. I won’t spoil the surprise, but it’s safe to say that once this video stops playing, you’ll be seriously impressed.

After this room, it was finally time to make my way to the World Trade Center observation deck itself, which was absolutely worth the wait. The 360-degree views of New York City were nothing short of spectacular. In fact, I spent well over an hour slowly making my way around the observation deck in absolute awe at the beautiful scene in front of me.

Having been to the top of Empire State Building, the top of the Rockefeller Center and to the Statue of Liberty, I feel confident in saying that the views from the One World Trade Center observation deck are the absolute best in New York City and definitely an unmissable part of any trip to the Big Apple.