Where Did Santa Come From? New York! 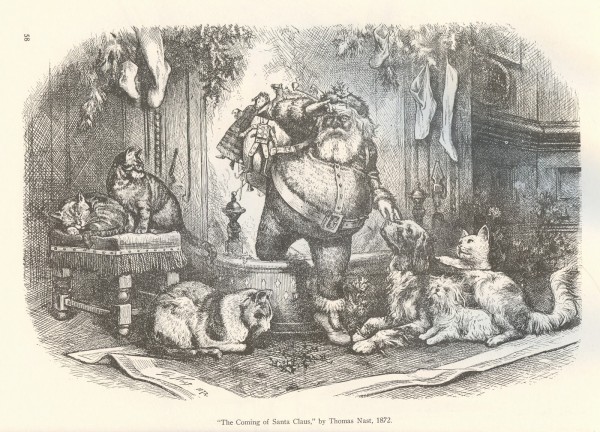 “The Coming Of Santa Claus,” by Thomas Nast, is partly where Santa Claus’ origins come from!

Ever wondered about the origins of Santa Claus? Believe it or not, Santa came from… New York!

While it’s true that Santa (a.k.a. Saint Nicholas, Father Christmas, and Kris Kringle) has diverse and ancient roots, the rotund, jolly gift-giver venerated in the U.S. (and—via our media—now throughout the world) sprang to life in 19th century Manhattan.

Santa’s actually had several fathers, all gifted New Yorkers. The first was Gotham’s first great author, Washington Irving. In his classic 1809 History of New York (a sort of mockumentary of Dutch culture in New Amsterdam), Irving Americanized the Dutch Sinterklaas into “Santa Claus.” 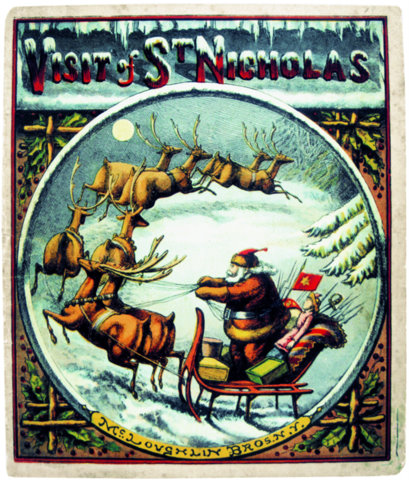 The Night Before Christmas, one of the original stories of Santa Claus

On December 23, 1823, the poem “A Visit From St. Nicholas” (better known as “The Night Before Christmas”) was published anonymously. Written to be a gift to his children by Clement Clarke Moore (a friend of Irving’s, whose sprawling estate, named “Chelsea,” became one of Manhattan’s most distinctive neighborhoods), Moore feared the fanciful work would compromise his standing as a scholar.

Whether it did or not, the poem established many now-familiar details about Santa—including his physical appearance, the night of his visit, his mode of transportation, the number and names of his reindeer, and his chimney diving.

In 1863, Nast’s illustration of Santa Claus appeared in Harper’s Weekly. He went on to visually depict the jolly, plump, bearded benefactor in many 19th-century publications.

Nash is also credited with the legend of Santa’s residence: the North Pole. 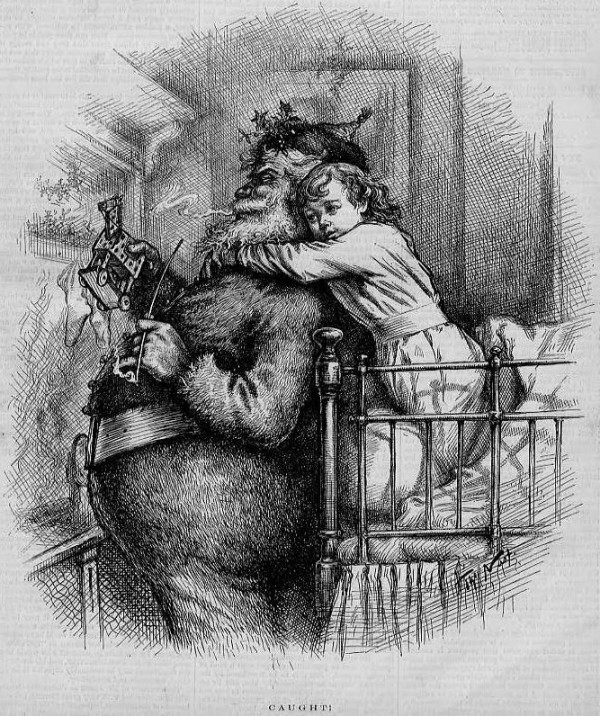 In 1897, eight-year-old Virginia O’Hanlon wrote to the prominent newspaper The New York Sun, asking, “Is there a Santa Claus?” Editor Francis Pharcellus Church, whose faith had been shaken by the atrocities of the Civil War, famously replied, “Yes, Virginia, there is a Santa Claus. He exists as certainly as love and generosity and devotion exist, and know that they abound and give to your life its highest beauty and joy. Alas! How dreary would be the world they there were no Santa Claus.”

Throughout the 20th century, books, songs, films and television have continued to add details to the Santa Claus legend (Mrs. Claus, his list of “naughty and nice” children, and Rudolf, his most famous reindeer). But it was New York that gave birth to that cherished childhood symbol of goodness and generosity.

“But I heard him exclaim, ere he drove out of sight
Happy Christmas to all, and to all a good night.”
—Clement Clark Moore