Philip A. Payton: the Father of Harlem

Harlem’s been called “the Black Capital of America,” a haven for Blacks from around the nation (and the world).  It has been the nexus of African American culture, and home to the largest black population outside Africa.  All resulted from the ambitions of one man – Philip A. Payton, Jr.

Harlem was founded in the 1650s as a Dutch farming community, and remained a rural village for almost two and a half centuries.  When elevated railroads reached the area in the 1880s, real estate developers began building elegant row houses, soon populated by affluent Jewish and German families.  Oscar Hammerstein opened an opera house on 125th St. in 1889, building commenced on the Cathedral of St. John the Devine in 1892, and Columbia University opened its campus on 116th St. in 1897.  It seemed Harlem had arrived.  The tipping point came with construction of the city’s first subway line, which terminated in Harlem.  Greedy speculators began a frenzied building boom…which soon went bust (the Upper West Side and Washington Heights were also booming). Block after block of new brownstones and apartments sat vacant, and realtors grew desperate.  Enter Philip A. Payton.

Payton came to New York in 1899 to seek his fortune.  He struggled to survive, working as a barber, handyman, and finally as janitor in a real estate office.  Soon the ambitious young man scraped together his savings, opened an office and advertised, “Colored man makes a specialty of managing colored tenements.”  Payton later recalled, “My first opportunity came as a result of a dispute between two landlords in West 134th Street. To ‘get even’ one of them turned his house over to me to fill with colored tenants. I was successful in renting and managing this house, after a time I was able to induce other landlords to … give me their houses to manage.”  Within two years he was managing nearly a dozen properties and had begun to buy buildings of his own.  For the first time in almost three centuries the city’s black citizens were offered decent housing. 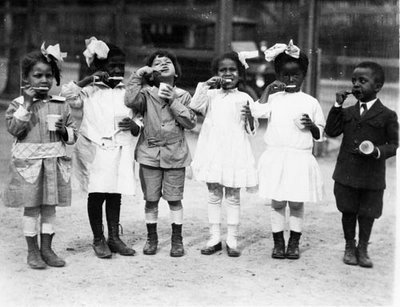 In 1904, Payton founded the Afro-American Realty Company, enticing well off Black shareholders with a prospectus reading: “The very prejudice that has heretofore worked against us can be turned and used to our profit.”

His groundbreaking enterprise met with resistance.  Block associations opposed integration, and white owners pledged not to sell to blacks.  In 1905, a New York Herald story titled, “Negros Move into Harlem” stated, “An untoward circumstance has been injected into the private dwelling market in the vicinity of 133rd and 134th Streets. During the last three years flats that were occupied entirely by white folks…have been captured for occupation by a Negro population. One Hundred and Thirty-third Street still shows some signs of resistance to the blending of colors in that street, but between Lenox and Seventh Avenues has practically succumbed to the ingress of colored tenants…Real estate brokers predict that it is only a matter of time when the entire block will be a stronghold of the Negro population.” 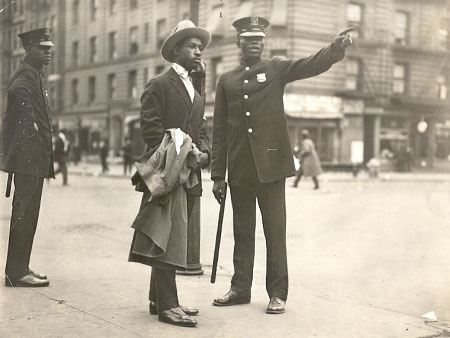 That same year, the New York Times wrote of a “negro invasion,” and referred to one conflict as a “Real Estate Race War.” The Hudson Realty Company bought three 135th St. tenements from the Afro-American Realty Co., promptly evicted their black tenants, and replaced them with white ones.  Payton’s company retaliated by purchasing two adjacent apartment houses, evicting their white tenants, and moving in the dispossessed black residents.  Eventually Hudson Realty gave up on re-colonization and sold the buildings back to Payton at a substantial loss.

Afro-American Realty soon had over one million dollars in assets, and was buying properties throughout the district.  But Payton overextended, and a lawsuit by shareholders, together with a recession, caused it to shutter in 1908.  Payton continued in Harlem real estate until he died of liver cancer in 1917, at the age of 41.

By 1913 there were 50,000-70,000 African Americans making Harlem their home.  In the 1920s, the neighborhood reached it zenith when Black artists, writers and musicians converged there, producing extraordinary works of the Harlem Renaissance.  Payton’s pioneering fight to erase the color line not only transformed NYC – he enhanced American culture. 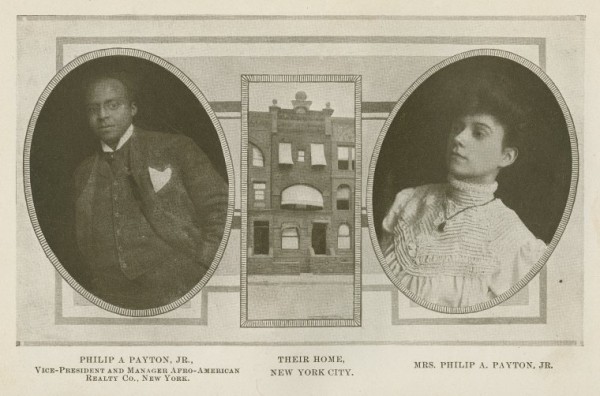 Diego Rivera in NYC
New York Bagels: Why We Love ‘Em (And Where to Find the Best Bagels in NY)