By Walks of New York on September 11, 2011 in Explore NYC, Living in New York 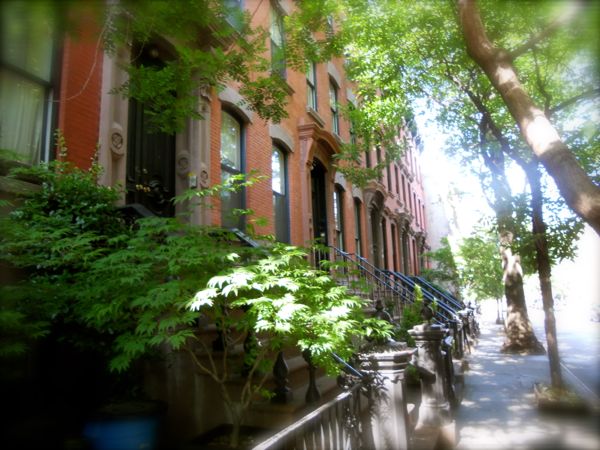 “Damn. It’s already 8:58,” I grumbled, glancing at the morning show graphic on the television screen. I was running late for work… again. I rushed to the bathroom to brush my teeth and searched for my brown loafers.  “Will I need a jacket?”  A walk to the window revealed a crystalline blue sky. The air felt clean and cool, without a hint of the usual humidity. “Oh, what a beautiful mornin’. Oh, what a beautiful day…” sang in my mind. Truly corny, but I was heading out to lead my two-hour walking tour: “Broadway Open House.”

“It may have been a small plane…” said the anchorman, drawing my attention back to the television. He was speculating on the cause of a fire in one of the World Trade Center towers. “Oh, come on,” I scoffed, reaching for the power button. Then I saw it on the screen: an airplane plowed into the towering building, as huge plumes of fire burst from the other side.

Rushing down the steps to the subway, I ignored a twinge of fear. Sure, it was probably dangerous in that subterranean world, but a group of tourists were waiting for me downtown. The atmosphere in the subway car was heavy with anxiety as riders swapped bits of information. “They expect more attacks”… “All the airports are closed”… “It’s gotta be terrorists.”

The fanatics who’d bombed the same buildings in 1993 had vowed they would strike again. Eyes darted to a young woman in flowing robes and a headscarf. Was she one of them? Can’t really tell. But in that terrible uncertainty, fear trumped tolerance. I wanted to flash her a friendly grin, but her gaze was fixed on the floor. When we arrived at the next stop, she hurried through the doors, escaping barely-veiled suspicion.

I lead the group of two-dozen Japanese tourists into the center of Times Square, about four miles north of the chaos. “He’s best known for Yankee Doodle Dandy and, of course, Give My Regards to Broadway,” I said, gesturing to the statue of George M. Cohen. The group stared blankly at me. Then one of them began shouting to the others in Japanese, and I realized my spiel required translation. This break in my act left vacant time to absorb my surroundings. People streamed out of the Morgan Stanley office tower, which I assumed was being evacuated.

A young woman in a business suit and white sneakers grew frantic, unable to call from her mobile phone. I thought I heard somebody say, “a tower fell.” What?!? That’s not possible! Fear shot through my body as my heart began to race. Should we run for safety? Where? With twenty-four pairs of eyes focused on me, I leapt back into my role of chipper tour guide and motioned for the group to follow me.

“…home to shows like Guys and Dolls, Annie, and Bye, Bye Birdie,” I said outside the Martin Beck Theater. We were supposed to go inside, but a hand-written note taped to the stage door read, ‘Theater closed due to tragedy.” People continued flooding out of surrounding buildings, looking anxious or bewildered as they scattered in multiple directions. Should I end the tour? Would I be fired if I abandoned the group? “It can’t be that bad,” I convinced myself.

Stopping in front of the Majestic Theatre, I continued, “…so, that night Shirley MacLaine went on an understudy, and came back a star.” Pausing for translation, I saw people pouring up to the street from the subway exit. Their faces were powdered in a fine gray dust, which caked around their mouths and eyes. Eyes that made me gasp. A middle-aged woman’s flashed side to side, a hulking construction worker wept, while a man in a rumpled suit stared vacantly ahead. What was going on?

At last we arrived at Shubert Alley: the end of the tour.  I thanked the group and hastily turned to leave. “We have tickets to 42nd Street,” said the group leader.“Will there be a show tonight?”

I choked on suppressed anger and frustration. I wanted to scream, “Something terrible has happened! Is that what you care about?  Are you totally clueless, or callous??” Instead, I simply mumbled, “I don’t know,” and walked away. 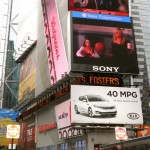 I meandered back into Times Square, which was eerily devoid of traffic. People drifted though the cavernous space, unsure where to go or how to get away. Then I saw those words scrolling across the zipper on the Times Building. “Two passenger planes hit the World Trade Center…” Oh my God! There were people on those planes? I envisioned helpless, terrified passengers hurtling to their death. A sharp cramp flared in my gut and I lost my balance. Seated on the curb, I contemplated cruelty I’d never imaged.

Ten years later, I am still rushing through Times Square, still late for work. Traversing those streets, memories of that bizarre morning are infrequent and fleeting. I’m usually too preoccupied fighting my way through crowds of commuters and sightseers. But the other day, I was brought to a stop behind a barricade of tourists spread across the sidewalk. They were oblivious to my frustration as they chatted, pointed upward, and gawked.

“Move!” I wanted to shout. “What the hell are you looking at?” Yet I couldn’t resist, so I stole a peek. And there it was… that luminous, wide sky. 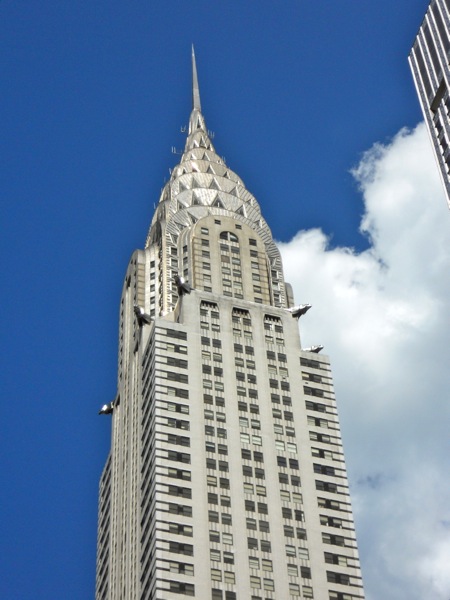