Shakespeare in the Park 2012 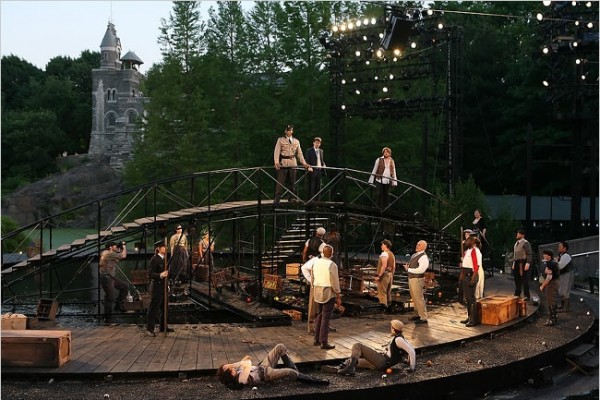 Summer has come to NYC, bringing one of the city’s most spectacular cultural offerings – Shakespeare in the Park.  Every summer, two new productions of Shakespeare (or another classic or new work) are presented in an amphitheater in the heart of Central Park…free of charge!  Gathering with 1900 people to savor great theater under a canopy of stars can be a magical experience.

This is the 50th Anniversary season of Shakespeare in the Park, which will present new productions of As You Like It, and the fairy-tale musical Into the Woods.  Acclaimed theater artists produce the productions, and their casts include up-and-coming actors beside theater and Hollywood stars.  Previous seasons have starred (even launched the careers of) James Earl Jones, Kevin Kline, Meryl Streep, Al Pacino, Natalie Portman, Denzel Washington, and Anne Hathaway.  Many productions have gone on to successful runs on Broadway. 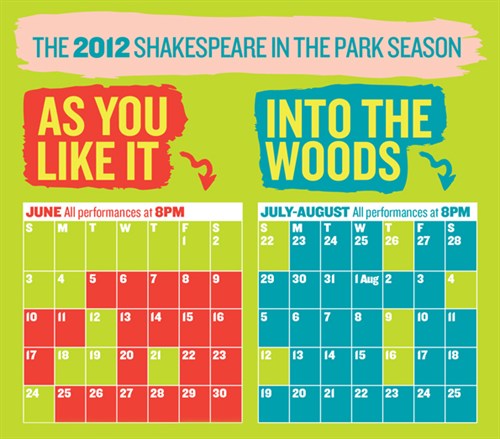 The Delacorte Theater in located south of the Great Lawn.  Enter the park at West 81st Street or East 79th Street.

Tickets – tickets are free of charge and distributed as follows:

The line in Central Park – the official line begins outside the Delacorte Theater.  Tickets are distributed at 1pm on the day of performance, and each person in line can receive two tickets.  Tickets are subject to availability, and the number varies per performance.  Public Theatre staff monitors the line, and there are specific policies to ensure order and fairness.  Check here for details.  NOTE: for hot tickets (particularly weekends and toward the end of a run) lines form early and tickets go quickly. 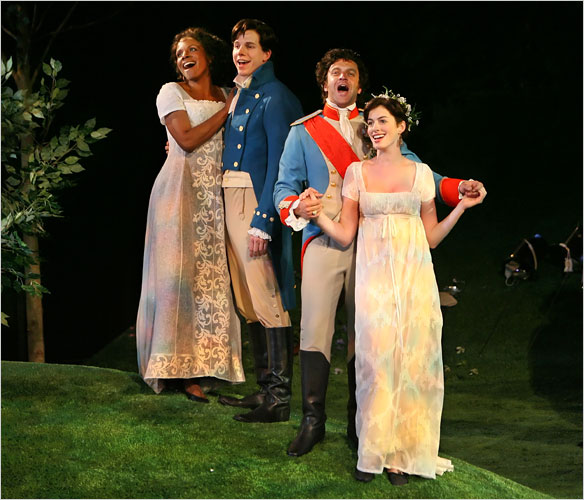 Online – ticket requests can be made via the Public Theater’s website between midnight and 1pm on the day of performance.  Recipients are chosen at random and those selected are notified by email.  Tickets must be picked up at the Delacorte Theater Box Office between 5-7pm, and you must present matching government-issued photo ID.  Go here to sign up or for details.

Donations – reserved tickets are available to those making a financial donation to the Public Theatre.  See here for details. 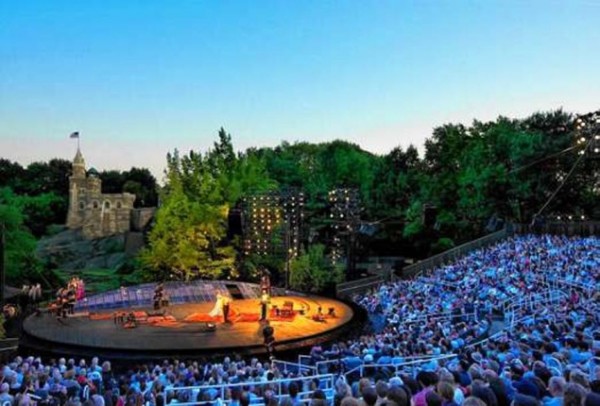