The Chrysler Building: A History and How-To 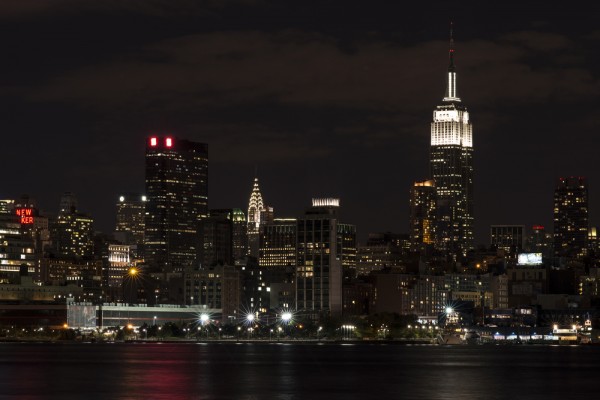 New York’s skyline at night, with the Chrysler building and Empire State building

The Chrysler building is one of New York’s most famous landmarks. And most stunning: If Manhattan’s skyline is “the city’s crown,” as H.G. Wells called it, then the Chrysler Building is perhaps its finest jewel. The 77-story tower, an Art Deco treasure, is the ultimate symbol of New York’s elegance and energy.

Want to know how the Chrysler building was constructed… and how to visit it today? Read on! 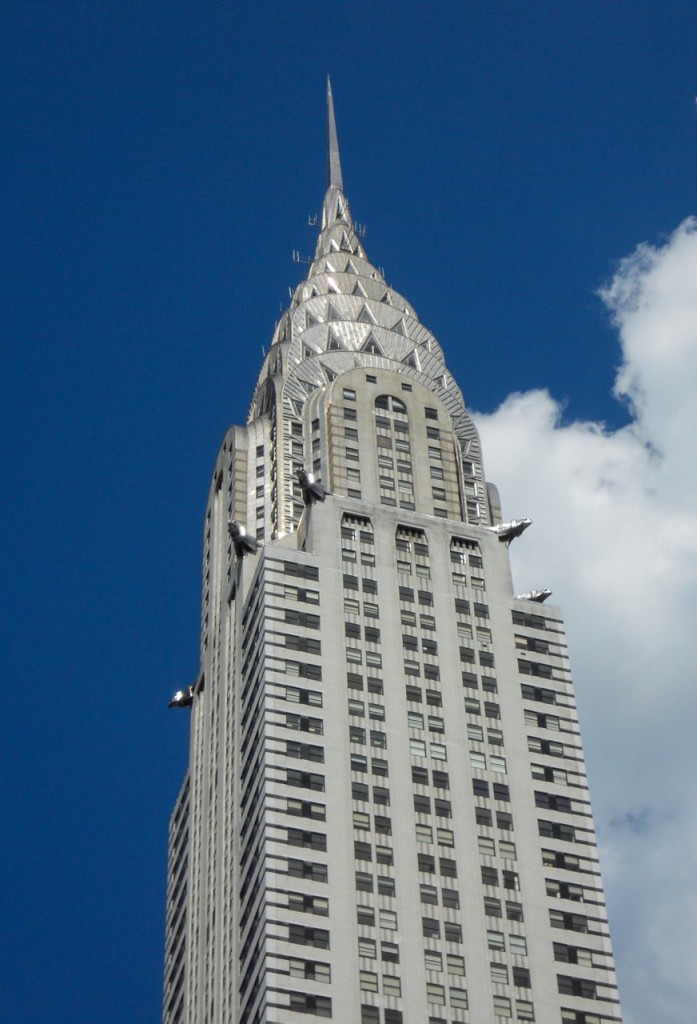 Looking up the Chrysler building. Photo by Jeff Dobbins

The Chrysler Building rose during New York’s golden era of skyscrapers, when business was booming and titans of industry sought to outdo one another with soaring structures.

But in October 1928, Reynolds defaulted on his lease. Automobile magnate Walter P. Chrysler paid $2 million (reportedly from a personal account!) to acquire the plot, the plan, and the architect, William Van Alen.

Chrysler wanted a headquarters for his thriving corporation, a skyscraper to show off the luxury and mechanical marvel of Jazz Age automobiles.

He and Van Alen entered the heated race for the world’s tallest building, designing a tower that would reach a record 925 feet. But soon, their rival, Craig Severance—Van Alen’s former partner—announced that his new building for the Bank of Manhattan at 40 Wall Street would add a flagpole and lantern to reach 927 feet.

And so, shortly after 40 Wall Street’s celebratory debut, a 185-foot spike, which had secretly been assembled within Chrysler’s tower, rose through a hole in its roof, bringing the building’s height to 1,046 feet… the ultimate “gotcha” moment!

Chrysler claimed the top floors of the spire for his office and private residence, thus realizing his goal of having the highest toilet in the world. Less than a year later, though, the Empire State Building seized the title of “world’s tallest building.”

The Chrysler Building opened to the public on May 27, 1930. The building’s spire included an observatory and an exclusive private lounge (and sometime-speakeasy) called the Cloud Club, which closed in 1979.

The Chrysler family sold the building in 1953. It’s changed hands many times since. Over time, the building deteriorated, occupancy fell to 17 percent, and foreclosure proceedings began in 1975.

Fortunately, the Chrysler building was declared a National Historic Landmark in 1976. Several stages of renovations have returned the building to its Art Deco grandeur.

The Art Deco design of the Chrysler building 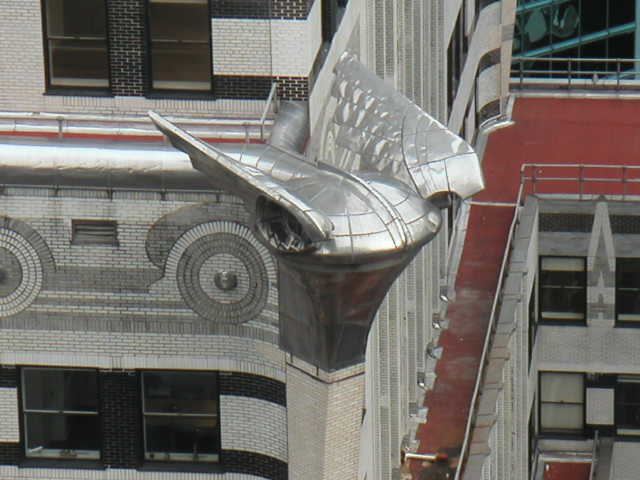 The Chrysler building’s terraced Art Deco spire forms a stylized sunburst motif. It’s clad with chrome-nickel steel (reminiscent of a car’s chrome ornaments), gleaming brilliantly in sunlight. The spire is illuminated at night; the lighting was part of Van Alen’s original plan, but not installed until 1981.

At the base of the spire are huge steel American eagle gargoyles. Outside the 30th floor, a mosaic frieze of wheels studded with radiator caps, mudguards, and hubcaps appear to race around the building. On the corners are large, winged versions of Chrysler 1929 radiator caps.

The lobby is an Art Deco masterpiece, too. The walls are covered in red Moroccan marble, along with onyx, blue marble, and stainless steel ornaments. The ceiling mural by Edward Trumbull, Transportation and Human Endeavor, depicts ocean liners, airplanes, the Chrysler assembly line, and the building itself. And the impressive elevator doors feature a lotus-flower design of brass and inlaid African wood.

How to visit the Chrysler building

The Chrysler Building is located at 42nd Street and Lexington Avenue.

While it can be seen throughout the city, particularly good views are found at 42nd Street and 5th Avenue, on Lexington Avenue from 36th to 40th Streets, or looking down from the Empire State Building’s observation deck. 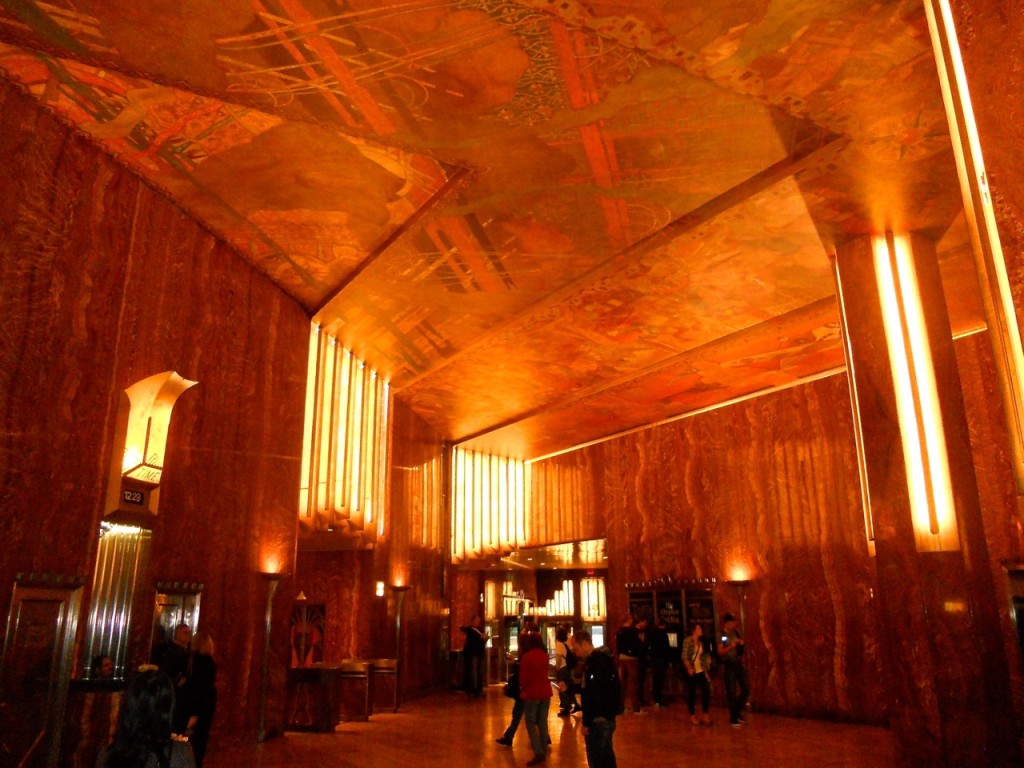 The building’s triangular lobby has entrances on Lexington Avenue, 42nd and 43rd Streets. It is free to enter the building.

Have you experienced the Chrysler building? What did you think? Let us know in the comments!