I’ve long been ambivalent about the Gay Pride March.  In three decades in NYC, I’ve never marched and seldom gone to watch.  I believed it was less about pride than pageant – swaggering leather queens, in-your-face drag queens, and, of course, the exhibitionist A-gays, bumping and grinding for the adoration of fellow Adonises.  I didn’t feel part of that community, or believe I would be welcomed at their party.  But in researching the Pride March, my thinking has shifted. 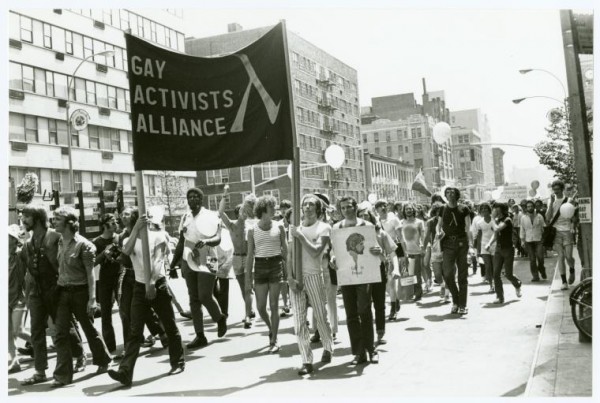 The first Gay Pride March was held in NYC in 1970: a time and place that were hostile to gays and lesbians.  Homosexuality was illegal in America.  Gays were reviled, considered “sexual psychopaths” and insidious threats to the status quo.  They were frequently institutionalized and subjected to shock treatment, sterilization, and even lobotomies.  Many gays and lesbians fled to NYC, longing for community and safety.

While NYC had a sizable gay population, it was no safe haven.  Gays were blackmailed and bashed by other men.  They were pursued and arrested by the NYPD (often via entrapment), and charged with solicitation, “lewd and immoral behavior,” or simply loitering.  Offenders’ names and home addresses were often printed in newspapers, leading to public humiliation and loss of livelihood.

Given this hostile environment, gays were driven to meet in illicit places, like restrooms, parks, and piers (seen as further evidence of their depravity).  The few gay bars were the center of queer social life, but were constantly raided by the NYPD.  According to the NY State Liquor Authority, one known homosexual at a licensed premises made it “disorderly,” and drag queens were in violation of a bizarre 1845 statute that made it a crime to masquerade in NY State.  Gay men and lesbians had to submissively hide or risk getting trapped by a system designed to prosecute them. 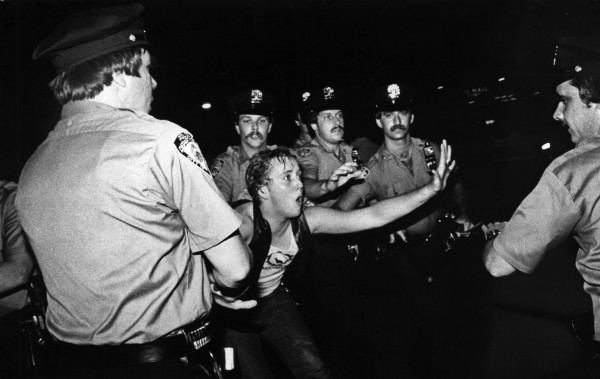 Then on June 28, 1969, a crowd gathered in Sheridan Square to watch a routine raid of a popular gay bar, The Stonewall Inn.  This time, rather than meekly submitting to arrest, many of the men, women and drag queens fought the police while being forced into paddy wagons.  When the officers beat them, the growing crowd became incensed and overwhelmed the NYPD.  A riot broke out as gays, lesbians, and drag queens gave vent to their rage over perpetual harassment.  Over three days windows were smashed, fires set, protesters beaten, cops attacked, and tear gas ignited on the streets of Greenwich Village.  For the first time, NYC’s gay citizens came together to fight, and for many of them there was no turning back.  LGBT activists vowed to continue striving for dignity and equal rights.  The Gay Rights Movement was born.

On June 28, 1970, the Christopher Street Liberation Day Committee held a protest march to commemorate the Stonewall Riots.  It was a brave move, taking to the streets in broad daylight and proclaiming oneself to be gay.  No one knew how many would dare take part, since there had been bomb threats, and rumors of shootings and violence.  The first one hundred plus protesters marched up Sixth Avenue, unsure what they might encounter.  By the time they reached Central Park, the number had swelled to 2000, as inspired spectators joined the march.  Pride Marches have taken place in NYC every year since, and are now held by gay communities throughout the nation and the world. 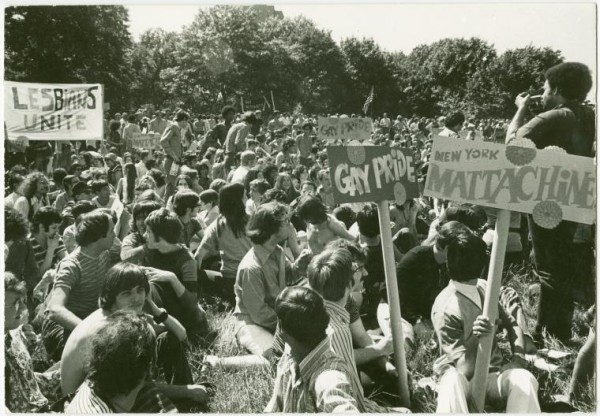 So, tomorrow, I’ll be at the Gay Pride March.  I’ll be there because, while homophobia is still a threat, I live without repression or fear.  I’ll be there because (unlike queers the world over who are jailed, beaten, and killed) I can be there.  I’ll be there amongst the leather queens, drag queens, A-gays, seniors, and families, waving my rainbow flag and cheering the marchers.  And I’ll be proud to honor those pioneering gay men, lesbians, and drag queens who’ve left a legacy that I must not take for granted: dignity and rights. 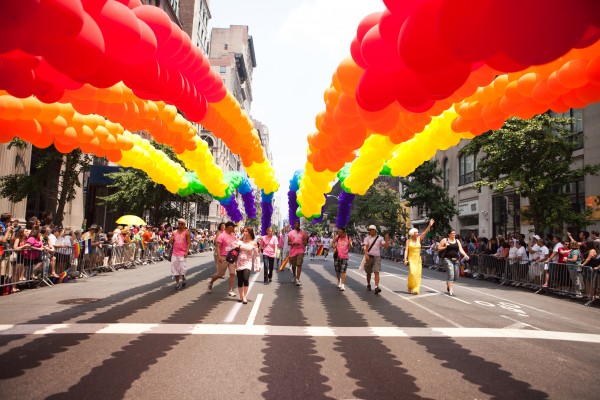