Things to do on the Upper West Side

By Travel Blogger on September 17, 2015 in Explore NYC, Getting Around NYC, History, Landmarks, Museums, Neighborhoods

Things to do – Upper West Side 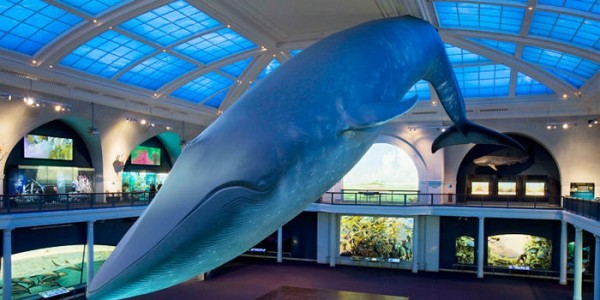 If you do one thing and one thing only on the Upper West Side, make it the American Museum of Natural History. A mammoth museum covering everything from dinosaurs to native tribes and space exploration to mammals, you could easily spend all day here.

Still home to a few famous faces today, fans of The Beatles continue to make pilgrimages to the doorway of The Dakota, the apartment block where John Lennon and his wife Yoko Ono lived and tragically where he was shot dead in 1980. Afterwards, check out the Strawberry Fields tribute in nearby Central Park.

For such a compact city, New York has a surprising number of green spaces. If you want an urban oasis where you can sip coffee and people-watch, try Riverside Park. Four miles long and boasting gorgeous views across the Hudson, this waterfront public park also contains a number of historic monuments including a statue of Joan of Arc and the impressive Grant’s Tomb, the neoclassical resting place of the 18th President, Ulysses S Grant. Rent a bike for the best way to get around.

Cathedral of St John the Divine

A Gothic landmark that would easily fit in with the churches and cathedrals of Europe, St John the Divine dates from 1892. Some say it’s the largest Anglican Cathedral in the world! A host of notable funerals have taken place here, from James Gandolfini to Jim Henson. The cathedral was almost destroyed in a fire in 2001 and, as a result, it’s been nicknamed St John the Unfinished. Definitely one for fans of historical architecture.

The Lincoln Center for the Performing Arts

Whatever music and arts scene you’re into, chances are you’ll find it at the Lincoln Center. Home to the Metropolitan Opera, New York City Ballet, New York Philharmonic Orchestra and more, this artsy complex regularly hosts free jazz, performance arts and music events. If you like your music a bit rockier, try the Beacon Theatre instead. This is easily one of our top things to do on the Upper West Side.

Best Restaurant in the Upper West Side

Finally, visiting a New York neighborhood is nothing without dipping your toe into the food scene. From non-chain coffee houses to vegan delights, the Upper West Side has every kind of eatery to sample. Our picks include Tom’s Restaurant (yes, the place from Seinfeld), Absolute Bagels for the best bagels in the city and Barney Greengrass for an authentic, old-style New York diner.

Why not head on a special New York tour and discover more about this enchanting city? Book your place with Walks of New York today!