Tours of the Met 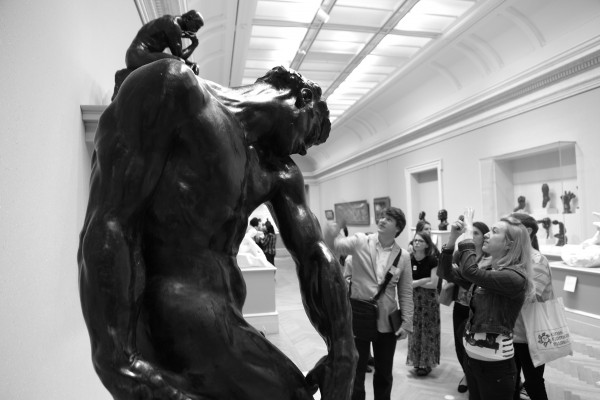 World-class art on exciting tours of the Met

Opened in 1872, New York’s Metropolitan Museum of Art houses over 2 million objects, including everything from ancient Egyptian temples to classic works by artists such as Van Gogh and Rembrandt. With such an impressive collection to explore, and many tours of the Met to choose from, I opted to join Walks Of New York’s Met Museum Tour, which promised to combine the very best of the collection in a well thought out route.

The wonderful guide for my tour of the Met was Tanguy, a French painter who was also studying Art History, a cool combination of professions that gave him a unique perspective on both the history of the objects in the Met and the levels of talent needed to create them.

We began our journey through the museum in Ancient Egypt where Tanguy instantly transported us back in time, setting the historic scene ahead of showing us some spectacular artefacts from the era. 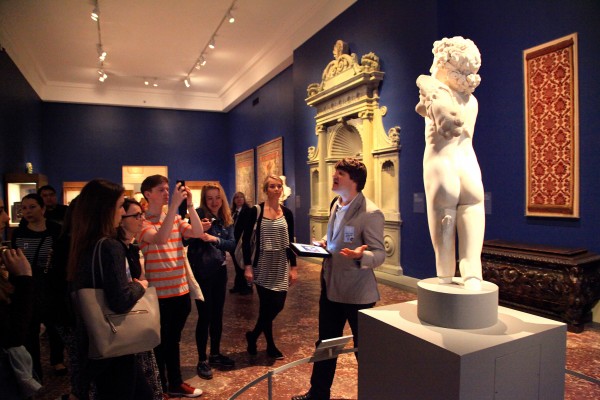 One of the most special things we encountered during this part of the tour was the gorgeous Temple of Pernab. Bought by the museum in 1913, the temple is situated in a massive open room featuring a glass wall that gives visitors a full view of the lush greenery of Central Park – a stunning sight to behold.

Following our trip to Ancient Egypt, Tanguy showed us some of the Metropolitan Museum of Art’s more interesting objects including the once world famous “Antioch Chalice” and an adorable Egyptian Hippopotamus sculpture called “William”.

The next location on our tour was a visit to Ancient Greece where Tanguy expertly explained the difference between Roman and Greek sculptures and showed us some particularly quirky items that most people walk past without a glance.

After a brief stop in the South West New Guinea section, where we were shown some beautiful traditional tribal art, and the African section, where we laid eyes on a gorgeous ivory pendant mask once worn by a Queen, we headed upstairs to check out the works of some of the world’s best painters.

The Metropolitan Museum of Art houses perhaps the world’s most comprehensive art collection. As an artist himself, it was during this part of the tour of the Met that Tanguy really came to life. His passion for the works of Van Gogh, Manet and Turner was nothing short of contagious and his knowledge of the different styles was beyond impressive.

Like many people, I tend to take most paintings I see at face value, however, Tanguy was able to tell me the back stories for each piece we encountered, giving me a whole new perspective on these amazing painters and what their work really meant.

Thanks to Tanguy and the Met museum, I now know enough about art to mildly impress the next time somebody brings up the topic at a cocktail party or some other fancy social gathering. In fact, I learned so much that I might even be able to tell them something they don’t already know! Of all the different tours of the Met, this is one I would highly recommend.

Don’t miss out on your chance to learn more about these amazing works of art – and more! Book your place on Walks of New York’s Highlights of the Met tour.