Visit Statue of Liberty and learn about its captivating history 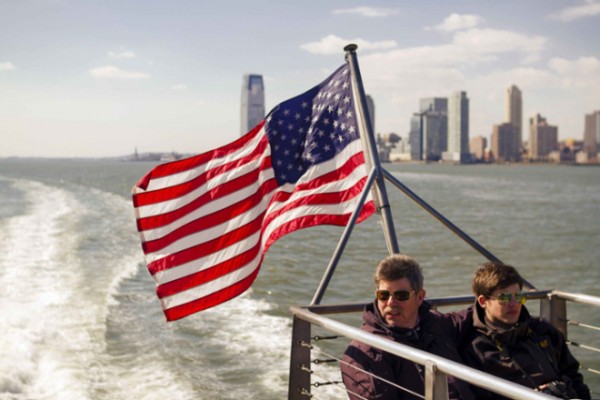 The Statue of Liberty may be one of the most iconic statues in the world but there are some things that many people might not know about the famous Lady Liberty! Of course, the best way to learn about her is to visit Statue of Liberty but, to whet your appetite, here are 15 fascinating facts…

1: The sculptor of the statue, Frederic Bartholdi, is said to have used his mother Charlotte as the model for the statue’s face.

2: The Statue of Liberty was not always its iconic green colour. When it was first built it was the colour of a copper coin. It has turned green due to oxidation.

3: Lady Liberty’s feet are hard to see from most perspectives but those looking from above will note that she is standing amongst broken shackles. These shackles symbolise her breaking away from tyranny. A great reason to visit Statue of Liberty and see what you notice from another perspective!

4: Gustave Eiffel, the man behind the Eiffel Tower, was also behind the idea for the Statue of Liberty’s internal framework.

5: Although it is now known as the Statue of Liberty, the original name for the statue was “Liberty Enlightening the World”.

Interesting facts to impress friends when you visit Statue of Liberty

6: The Statue of Liberty was constructed in Paris and shipped to New York in 214 different crates.

7: The statue was not put together for another year after its arrival in New York as America could not raise enough money to build a pedestal to place the statue on.

10: The seven spikes on the statue’s crown are said to represent the seven seas and seven continents of the world.

History of the Statue of Liberty

11: In 1982 it was discovered that the statue’s head was actually placed 2ft off centre

12: They say lightning doesn’t strike twice but it’s believed that around 600 bolts of lightning have hit the statue since it was first placed on Liberty Island.

13: Lady Liberty is the owner of a very impressive size 879 shoe.

14: The tablet that the statue holds in her left hand reads July 4th, 1776 – the date of the signing of the American Declaration of Independence.

15: Roughly 3.5 million people from all over the world visit the Statue of Liberty every year.

Fancy getting up close and personal with Lady Liberty herself? Book your place on one of the Walks of New York’s Statue of Liberty tours today.