Is NYC safe?  The answer is a qualified yes!  Considering 8,175,133 residents share 320 sq miles, NYC’s crime rate is impressively low.  According to FBI data, NYC is the safest big city in the U.S., ranking above San Jose and San Diego, California.

Many picture NYC as the urban jungle depicted in movies like “Midnight Cowboy,” or “Taxi Driver.”  While those films were shockingly realistic in their time, NYC has really cleaned up its act.  The city’s crime rate has dramatically decreased over the last three decades.  On December 28, 2011, Mayor Bloomberg and NYPD Commissioner Kelly announced that near record levels for public safety were maintained in 2011.  “Despite tough fiscal times, New York’s frontline public safety agencies – the NYPD and the FDNY – continue to keep our city safer than in any time in recorded history,” said Mayor Bloomberg. “Their successes are a major reason why our population is at a record high and growing, our life-expectancy has surged, and an all-time high of more than 50 million people will have visited our city during 2011. “

Violent crime is relatively rare in NYC (most crimes occur in economically-depressed areas of northern Manhattan or the boroughs. In many cases, the victim knew the perpetrator, or drugs were a factor).  Crimes against tourists are rare, and are usually theft (grab and run) or pick pocketing.

While the threat of terrorism is quite real, NYC Law Enforcement has an incredibly extensive and sophisticated Counterterrorism program in place.  Since the horrific attacks of September 11, 2001, every attempted (even plotted) attack has been uncovered and thwarted (knock wood).  In fact, a 2010 attempted car bombing in Times Square was identified and secured in a matter of minutes by vigilant citizens and the authorities.

While crime is rare, anyone perceived as disoriented and with plenty of disposable income may prove an irresistible target.  General principles for remaining safe are…

In case of genuine emergency, call 911.  Depending on the circumstances, NYPD, FDNY, and/or EMTs will be dispatched immediately.

For an up-to-date look at the city’s crime statistics, go here. 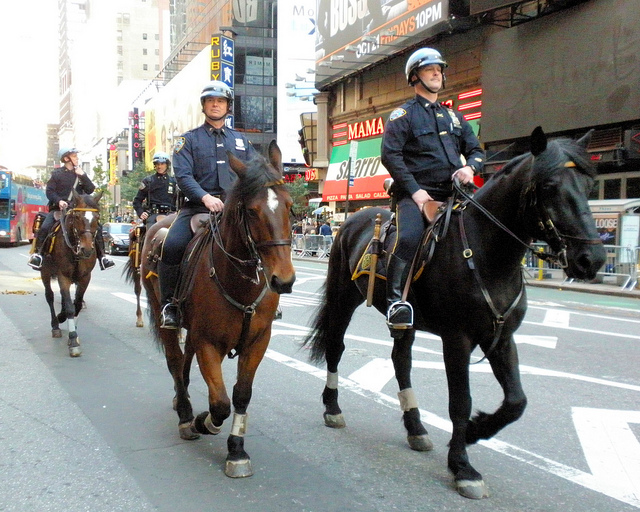